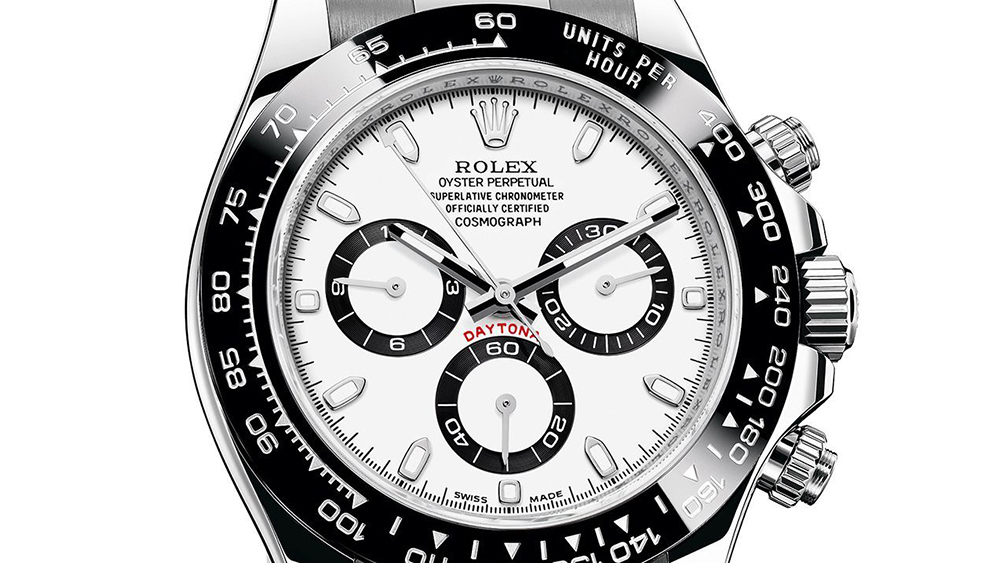 The hunt for a Rolex Daytona is the watch collector’s equivalent of the quest to find the Holy Grail. Despite their relative ubiquity on Instagram and perennial presence at major auctions, Daytonas remain near-impossible to find outside the secondary market. Though they’re relatively inexpensive by the standards of luxury watches—an entry-level steel-and-gold version retails for $17,400—the Daytona’s mystique remains somewhat baffling.

Determined to get to the truth of the matter, I embarked on a mission to a Rolex boutique on Manhattan’s Fifth Avenue to see what the brush-off would be when I tried to buy the elusive model. I considered pretending to be a hedge-fund manager or telling them my old pal Auro Montanari sent me, but from what I’ve heard, not even a performance of the Dance of the Seven Veils will do. I decided to play dumb.

“I’m here to buy a Rolex,” I proclaimed to the doorman, who ushered me into a side room and into the care of a sales associate. I’ll call him James.

“I need to buy a birthday present for my husband, and I don’t know what to get,” I confided in James, who directed me toward a case containing Submariner watches. A steel-and-gold model would cost about $14,000, he said. “It’s our most iconic watch,” he told me.

“I hear that the Daytona is also a really good one,” I ventured, hopefully. James looked a little skeptical. “We don’t have any here in the store,” he said. “They’re very rare, and they all go to special clients.”

“Wow, do you have to go all the way to Switzerland to get one?,” I asked, wide-eyed.

“It’s even worse there. They’re just not for sale,” he said, eventually agreeing to explain the process: “You can’t just let anyone walk in and buy one. And that’s the right way to do things. Imagine if you saw someone wearing one and you asked where they got it and they said they walked in here and just picked one up. How would that make you feel if you’d been buying watches from us for years and had never got one?”

James concurred. “You need to put blood, sweat and tears—meaning equity—into forming a relationship with the brand. You need to be a really loyal customer, and then we see it as a reward. So I can get you whatever you want, but it has to be realistic and not a Daytona.”

I left empty-handed but reassured that seven veils were unnecessary. Money, liberally and strategically deployed, would do.