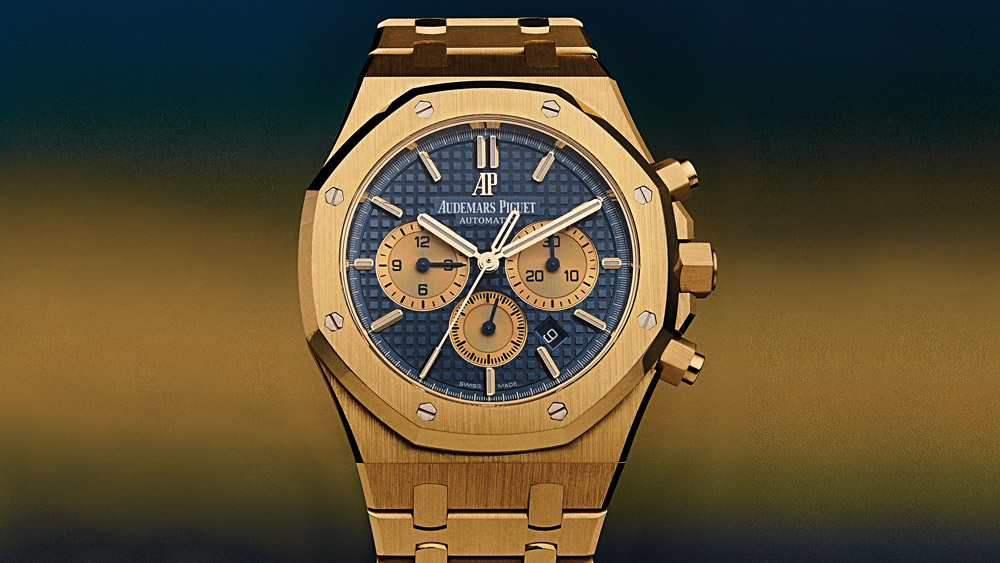 In recent years, the U.S. watch market has been flooded with product from the suffering Chinese and Russian markets. Flagrant discounting on the Internet, as well as huge growth in the less financially prohibitive preowned and vintage markets, has sent prices for some timepieces plummeting. The economic impact, while significant, has not been as severe as the fallout from the 2008 financial crisis, but the phenomenon is affecting buyer behavior in ways that may be much more profound.

The saturation of the U.S. market has underscored the uncomfortable fact that most new timepieces depreciate in value—some of them dramatically so.

Looking to find watches that will retain their values, buyers are using a new set of parameters to determine which timepieces are truly desirable.

“Hands down, what most people want in a watch these days is value retention,” says Nick Linca, managing partner of the Florida multi-store retailer Provident Jewelry. “When they spend the money to buy a new watch, they want to know that they aren’t going to be losing 30 or 40 percent of the value right away.”

Linca is one of many retailers witnessing a behavioral shift in which buyers are questioning what they want in new watches, placing less emphasis on physical aspects and more on qualities like limited production numbers and perceived availability. Not surprisingly, models from companies with firm control over their production, such as Rolex and Patek Philippe, tend to maintain their values. A number of other brands have also risen in collectors’ esteem because of their fortified grip on production, distribution, and value.

Among the watchmakers on the rise in this new reality is Richard Mille, which has managed to make these qualities count at a far higher price point than has most of the competition. With a largely autonomous distribution network and a small production of around 4,000 pieces per year, the brand is rumored to keep a close watch on aftermarket prices. In recent months, Richard Mille clients have reported long waits for its most desirable pieces, a phenomenon that is almost always accompanied by little or no discounting and high resale prices.

Legacy brand Audemars Piguet has followed a similar strategy. Just a few years ago, the company was forced to adjust pricing because of softness in the market, but now its models are very much in demand. It is sticking firmly to moderate production targets and limiting its distribution points, thus heightening the perception of exclusivity. Audemars Piguet’s principal model, the Royal Oak, is also benefiting from its reputation and pedigree.

“I definitely see that established models are getting some benefit in today’s market,” says Jeremy Oster of Denver’s Oster Jewelers. “In some cases, the newer buyer doesn’t remember the problems certain brands have had in the past.”

Many of the most successful legacy models, like Patek Philippe’s Nautilus, benefit both from having a sporty design and for being very hard to obtain. On the opposite side of the design spectrum are independent brands like F.P. Journe, which emphasizes contemporary styling with its super-limited-production Chronographe Monopoussoir Rattrapante, and Hublot, whose very contemporary Ferrari models are also strictly limited in production.

Zenith is another brand that has found success through contemporary design. “It’s a mixture of overt technical qualities and a design that fits a modern lifestyle,” says Thierry Collot, Zenith’s North America brand director, about the new limited-edition Defy El Primero 21. “The watches that are delivered are usually sold before they spend much time in the stores.”

Indeed, scarcity is not the only factor driving the modern market. As several of these watches attest, new tastes in design—especially those of more youthful buyers—are also contributing. “Millennials don’t want to be associated with the massive watches of the past few years,” Oster says. “They want markedly smaller pieces.”

Citing Audemars Piguet in particular, Oster has noticed a perceptible shift from the larger Royal Oak Offshore models to the more svelte Royal Oak automatic and chronograph models. Other retailers have seen a similar rise in the popularity of smaller, more compact models, including more refined and exclusive pieces from Geneva boutique watchmaker Laurent Ferrier.

Not coincidentally, the smaller sizes of several of the more popular current models emulate the proportions of vintage watches. Given the recent resale performance in the vintage market, this nod to the past could prove a good path forward for the industry.