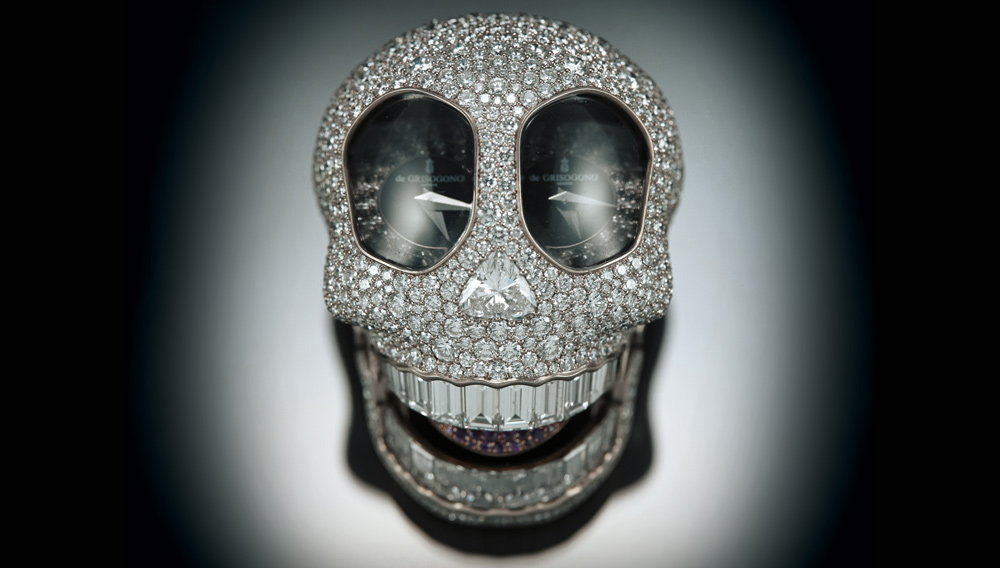 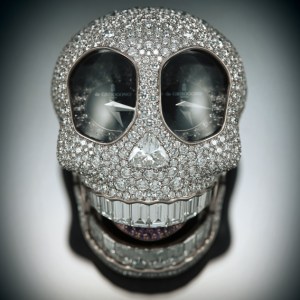 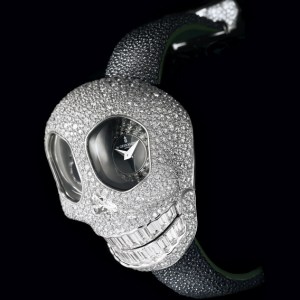 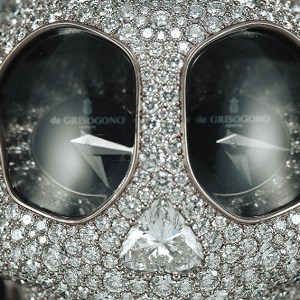 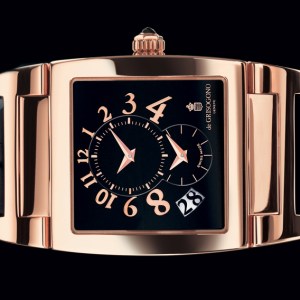 De Grisogono’s Fawaz Gruosi has made a career out of challenging Swiss watchmaking norms.

It was not the first time Fawaz Gruosi had been called crazy, nor would it be the last. A decade ago, while returning home from an international business trip, Gruosi decided to make a mechanical wristwatch with a digital display like the electronic timetables in airports. When he described his idea to the watchmakers in his Geneva atelier, they deemed it impossible. When he insisted that they build it anyway, they threatened to quit. “They were accustomed to doing the same thing every day,” he says. “But I was not a watchmaker. I had the freedom to be creative.”

He also had the charisma to overcome their caution. He persuaded his watchmaking team to stay at de Grisogono—the high-end jewelry company he established in 1993—and to engineer an entirely new kind of module: A conventional movement drives dozens of gears and cams that control a grid of numeric segments, which are selectively flipped each minute, mechanically imitating the look of an old-fashioned liquid crystal display. “It’s insane,” Gruosi admits. “The watch has 651 parts for only one complication.” Yet in spite of the absurd complexity, or perhaps because of it, the dual-time-zone Meccanico dG won the Public Prize at the 2009 Grand Prix d’Horlogerie de Genève, placing de Grisogono alongside the top names in haute horlogerie.

Gruosi’s delight in the recognition his company has received is matched only by his surprise. When he founded de Grisogono—after a decade of selling jewelry for Harry Winston and Bulgari—his expertise was in gemstones and his plan was to make his name with black diamonds, rare and brittle gems that few people had ever seen. “To compete with the big companies, I realized that I would have to shock people,” he says. At first he was called crazy (or worse) for featuring diamonds so atypical that some wondered whether they were real. Then, as the industry caught on to the black diamond’s exotic beauty, he was deemed prophetic by the media and jewelry industry. “The market was starving for something different,” he reflects. On the strength of his black diamond jewelry, as well as other unconventional offerings such as milky white diamonds and black gold, Gruosi opened boutiques in Europe, Asia, the Americas, and the Middle East.

The rapid expansion required that he attract more store traffic than jewelry alone could generate. “The only logical thing to do was to start selling watches,” he explains. The fact that he had designed only one timepiece, a unique black-diamond-encrusted watch for Chopard, did not give him pause. “I don’t need to sit down with a pen like other people,” he says. “My designs always come from whatever I see around me.” And since he enjoyed watching TV, the form of his first watch was inspired by the shape of his television screen.

The rectangular case of the Instrumento No. Uno stood apart from the round watches popular at the turn of the millennium. He further distinguished it with unique details that turned a straightforward time-only wristwatch into a production challenge worthy of Gruosi’s uncompromising personality. The winding stem was topped with his signature black diamond, which had to be cut to within one-tenth of a millimeter of the diameter of the industrially produced crown. Gruosi also decided that if the crown diamond was black, the ETA movement could not be silver. “It must also be black,” he decreed. That meant disassembling each one and coating every part in black PVD, or physical vapor deposition.

But the most striking feature of the Uno was the strap. Living in Paris as a young man, Gruosi had visited a shop that sold cigar boxes covered in brightly colored stingray. Remembering it more than two decades later, he requested the luxurious material from his suppliers. “As usual, they thought I was crazy,” he says. The skins were extremely expensive and difficult to cut, and he insisted on using only the center part where the beading was most pronounced, throwing away the rest. “I followed the DNA of the jewelry in my watches,” he says. “What counts are the details. Small details can make magic.”

That de Grisogono magic showed its stuff when Gruosi introduced the Instrumento No. Uno at the Basel Fair in 2000, garnering 850 orders. (He expected 30 purchases at most.) Variations on the Uno swiftly followed and featured two or three time zones, but Gruosi was frustrated despite his success. “People were saying, ‘Yeah, they’re nice, but they’re jewelry, not real watches,’” he says. “So I decided I wanted to do something really complicated to prove I didn’t have to be born into a watchmaking family.”

As always, Gruosi took inspiration from his surroundings, which were increasingly populated by celebrities, especially at the lavish black-tie parties he hosted for the Cannes Film Festival. Gazing into the cameras wielded by paparazzi, he conceived a minute repeater that had a 12-blade diaphragm as a dial. When the repeater was activated, the diaphragm opened like a camera shutter, revealing the chiming mechanism. On the final hammer strike, the diaphragm shut.

Developed with Christophe Claret, the Instrumento Occhio Ripetizione Minuti was unequivocally haute horlogerie. The enthusiasm of collectors encouraged Gruosi to expand his watchmaking atelier, facilitating in-house development of new complications like the Meccanico dG (albeit with some prodding of his team). He was also able to combine the talents of his watchmakers with those of his jewelers, making gem-set complications like the Tondo Tourbillon Gioiello. The flexibility has been essential to de Grisogono. “Whenever I have an idea, we do the watch,” Gruosi says. “I don’t follow a direction. My freedom is absolutely necessary.”

The liberty to create whatever he imagines—consistency be damned—becomes obvious when his latest creations are seen side by side. At one extreme is the supremely elegant New Retro, a two-handed automatic wristwatch that he says was inspired by the late 1950s and early 1960s. At the opposite extreme is the playfully perverse Crazy Skull, a gem-encrusted cranium with two quartz movements in the eye sockets and a tongue that sticks out when the jaw is opened. “No matter how upset you are, it makes you smile,” he says.

Yet Gruosi contends that all of the watches have several crucial qualities in common. “There’s the glamour and the craftsmanship, and also the creativity,” he says. “The big brands have to please shareholders. I don’t really have that problem.” Gruosi’s independence is as rare and precious as his black diamonds, and his watches can be as innovative as his personality.