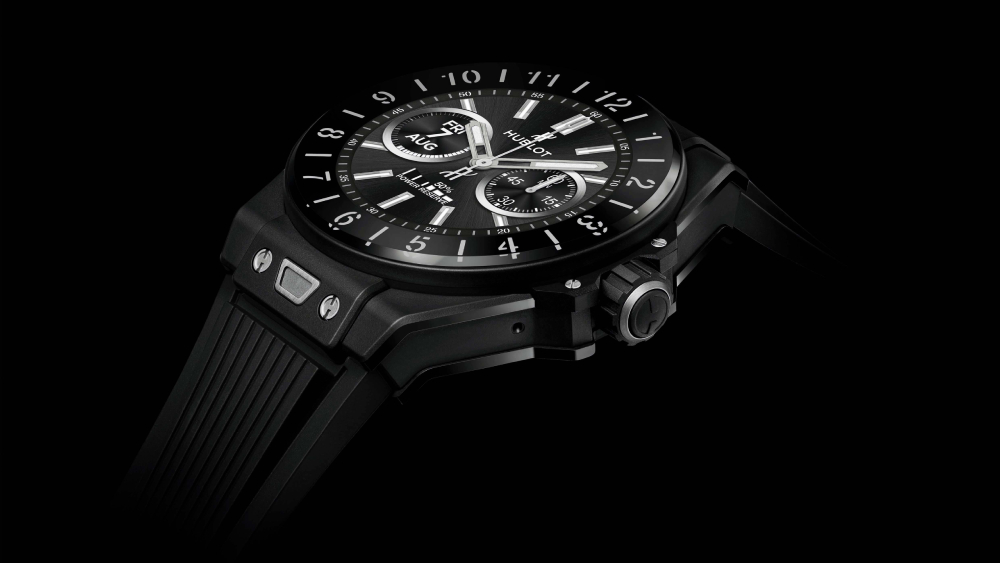 Most smartwatches seem specifically built for the tech set, and feature a whole lot of function (assuming you can figure out all of the features) but decidedly less style. But Hublot’s latest smartwatch blows the competition out of the water—and does so with panache.

Dubbed the Big Bang e, this new model is the followup to the brand’s first stab at the category, the Big Bang, which was released in 2005 followed by its first connected version in commemoration of the FIFA World Cup in 2018. And its integrated technology is far and away the most advanced yet.

“Electronic watches were created in Switzerland using quartz in the 1970s,” said Hublot CEO, Ricardo Guadalupe, in a press release. “Fifty years later, we are continuing in the same innovative vein by producing a second smartwatch which boasts an extremely high level of technological sophistication, whilst embodying all the aesthetic values, technical features and excellence that have ensured the reputation of our Big Bang collection.”

The titanium version of the Big Bang e displaying the time and date only.

The Big Bang e has a 42mm case that comes in either ceramic or titanium in a “sandwich” construction that Hublot first developed in 2005. The case itself is constructed from 42 components, 27 of which are used to form the cage surrounding the timepiece’s intricate center. Scratchproof sapphire crystal and its one-click rubber strap, first used by the brand in 1980, add to its handsome yet pragmatic feel.

Developed in partnership with other brands in the LVMH group, the hour numerals are metalized beneath the crystal face, which is covered with an AMOLED high definition touchscreen. Just like a mechanical version of the Big Bang, its rotary crown with an integrated pusher is used to activate the controls for its electronic module. Built with a clean “Time Only” analog function, it features exclusive takes on traditional watch complications, such as a perpetual calendar with a precise moon phase or a second GMT time zone, which presents the earth in a realistic way.

Powered by Google’s Wear OS, it is highly customizable with users able to access apps on Google Play, use Google Assitant and make purchases with Google Pay. Plus, dials created by Hublot ambassadors will be unveiled over time for an added personal touch.