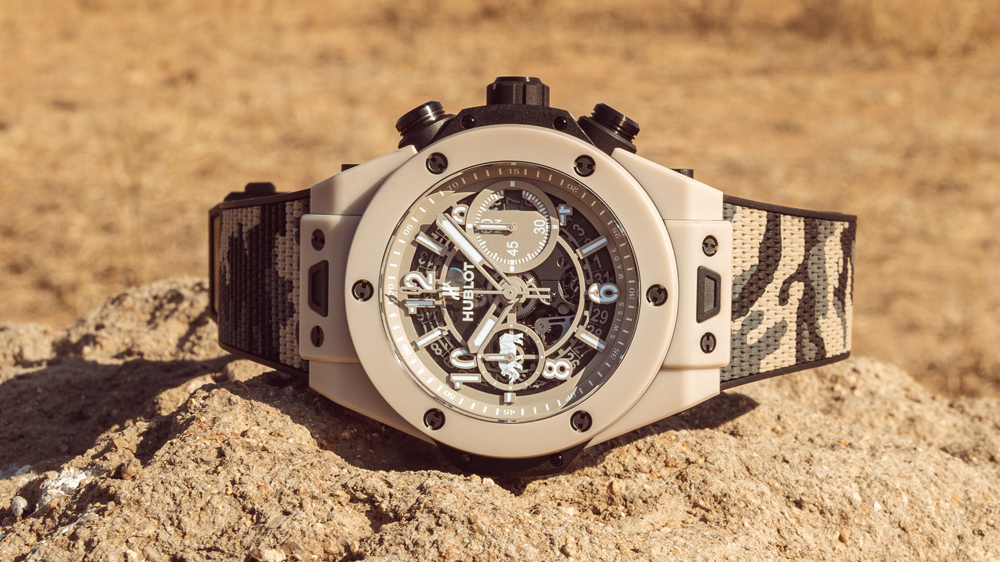 Hublot has teamed with the former international cricket champion Kevin Pietersen, founder of the nonprofit SORAI (Save Our Rhino Africa India), to create a timepiece dedicated to the conservation of rhinoceroses, with proceeds from sales going to organizations dedicated to preventing the illegal trade in rhino horn.

“Rhino horn is the most expensive commodity on the black market,” says Pietersen, an ambassador for Hublot, on a video promoting the brand’s relationship with SORAI. “It’s fetching around $80,000 a kilogram—more than heroin, cocaine, gold, platinum, you name it. Rhino horn is not a cure for cancer. It’s not, and shouldn’t be shown off, as a symbol of wealth and it has absolutely no medicinal value.”

Unveiled on World Rhino Day on Sept. 22, the Big Bang Unico SORAI is a big watch for a big cause. The 45 mm beige ceramic model, which features an image of a white rhino on the dial, comes with two strap options: a matching NATO style or a camouflage rubber bracelet. Available in a special edition of 100 models, the self-winding chronograph retails for $24,100.

Proceeds from its sale go to Care for Wild, a South African organization that cares for orphaned baby rhinos and is home to the world’s largest rhino sanctuary, and South African National Parks, which employs airborne thermal intelligence tools to perform nighttime surveillance on areas where poachers threaten the wildlife population.

“Time is life—and we care for life,” says Hublot CEO Ricardo Guadalupe, who traveled to Kruger National Park in South Africa with Pietersen in August to visit Care for Wild and see the rhino population firsthand. “If we don’t do this work with people like Kevin Pietersen and SORAI, there is a risk that in a few years the rhinos will disappear.”