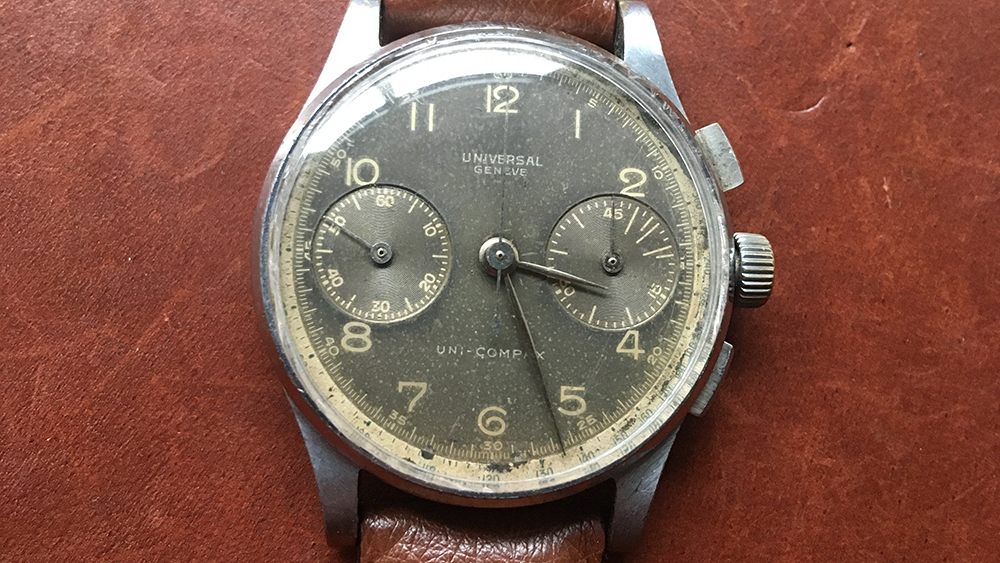 Fake news is nothing new. When I started collecting watches, years ago,  good information—or the truth, as you might call it—was almost impossible to find. Misinformation permeated the forums and literature, usually coming from collectors or dealers who were trying to drum up demand for obscure makers and models. So I learned to seek information in person, at antique fairs and shows, developing relationships with trusted collectors, but also learning from the watches themselves. And that’s been the real joy of collecting.

I bought all sorts of watches—and now have around 1,500—some I knew to be good, others I had to take a chance on. These days vintage originals are exceptionally hard to find, but a decade ago the situation wasn’t much better. Unscrupulous or inexperienced  sellers might say the timepiece is original because one significant part  is, never mind the pushers were replaced, dial refinished, hands relumed, case polished or refinished. Worst of all, the whole watch may  have been assembled using parts from different models or brands.

To acquire the authentic, I became  a scrounger. I’m always on the hunt  for old watches, hoping to catch them before they go through such a “renewal” process. I came to realize I sometimes need to build them piece by piece, buying boxes of parts and digging through other collectors’ drawers to discover that elusive unrestored dial or coveted sweep second hand.

A few years ago, I saw a rare chronograph made by Universal Genève that was owned by a French collector named Noodia. He was a real pioneer in the vintage collecting world, finding obscure pieces and introducing them to other collectors. His watch was a two-register chronograph (a stopwatch with subdials at nine o’clock and three o’clock), powered by a common UG Caliber 285. What made this timepiece special was its silver-gray dial and silver hands. It was stunning. I didn’t know until later that this model was produced exclusively for the French market, making it scarce. I filed it in my memory and, after a while, found an example without any hands. The case was chrome-plated, and the watch had the correct movement and pushers. I bought it and then started looking for the hands. This was a rare piece, and the correct hands were just as hard to come by, if not more so.

I asked everyone I knew and kept seeking out watchmakers who had parts for Universal Genève. No luck. On Instagram, I became friends with Thien, a collector in Berlin. He, coincidently, had been a close friend of Noodia, since passed away. Thien was looking for an exceptionally hard-to-find blue-steel sweep second hand for his white-dial, big-eye Uni-Compax, a Universal Genève watch from the early ’60s. I had one and offered to trade him the hand, as I prefer that to selling rare parts. I would trade it for a complete set of silver hands for the gray-dial UG. Thien accepted the challenge, and a few months later, he had them sent to me, and I sent him his blue-steel hand. We both finished our projects, and I hope Noodia smiled down on us.

In the last few years I have seen collectors and dealers finally begin to appreciate and value originality. Which isn’t easy, when many watches, like cars, have been produced in series. But a watch with a story, a watch with its own scars and bumps, with age and patina, will always be unique.

Watch collecting is about passion, and like so many things, it cannot be about money or respect or the opinions of others. If you buy what you love, you cannot be disappointed. Be courageous. You regret only the things you didn’t do. I have made friends all over the world through my hunt, and my collection gets better and better.