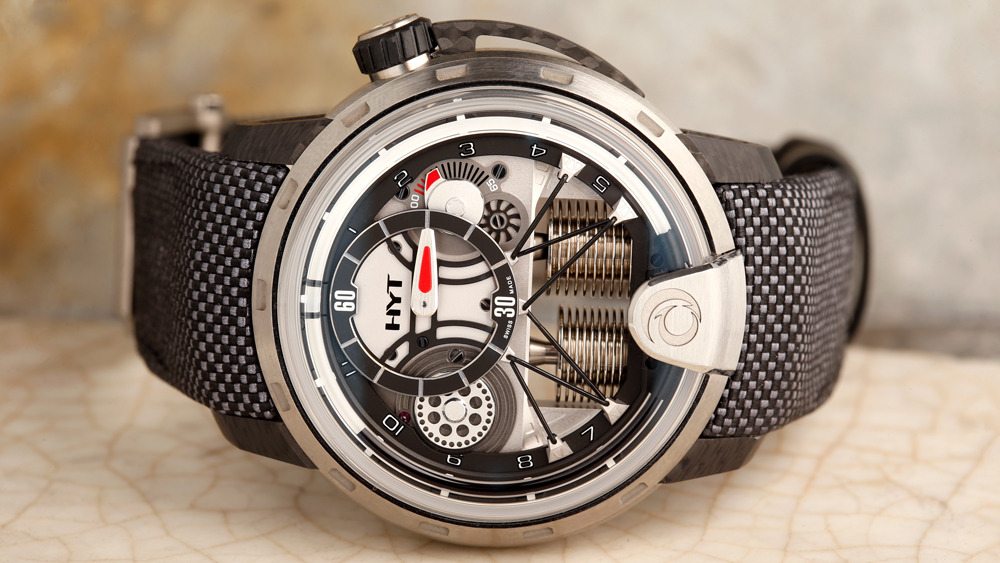 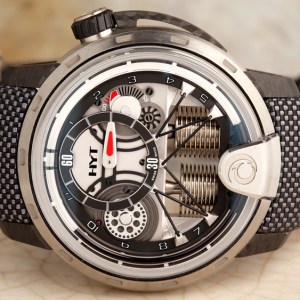 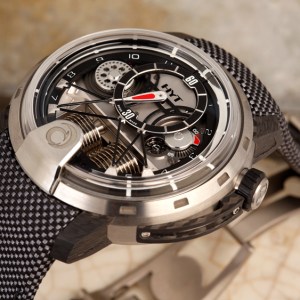 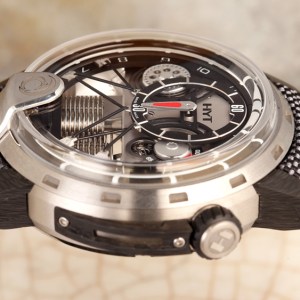 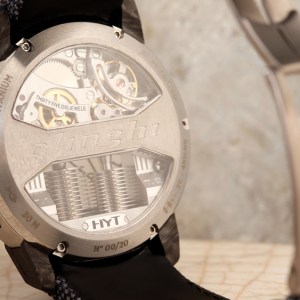 Renewing its ongoing partnership with Alinghi—the Swiss sailing team, and former two-time America’s Cup champions—HYT has unveiled its third consecutive limited edition piece today. In creating the HYT H1 Alinghi ($65,000), the brand dug deeper into the parallels between extreme sailing and high watchmaking than they ever have with previous models.

At a visual level, HYT opted to display its running seconds indication via an industrially-styled wheel, reminiscent of a gennaker sail furler. They also created a set of makeshift rigging that weaves its way between the four and eight o’clock position. 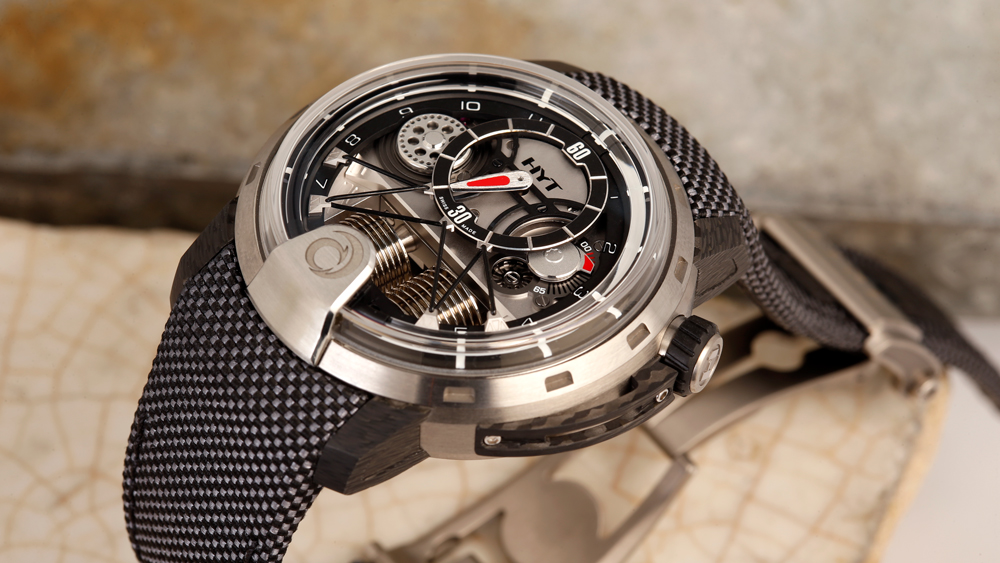 Where things get a bit more technical is in the H1 Alinghi’s case design. Though the brand has yet to develop an entire watch case in forged carbon, this latest release features carbon lugs and a carbon crown guard, shedding a modest amount of weight from the sturdy 48.8mm timepiece. The balance of the case is cut from titanium, and finished with a mix of satin, brushed, and micro-blasted finishes. In both watchmaking and sailing, every last pound, ounce, or gram counts—but so does structural rigidity. Though this combination of materials isn’t breaking any records in the ultra-light class, it does speak well to the partnership—not to mention provides significant visual appeal. 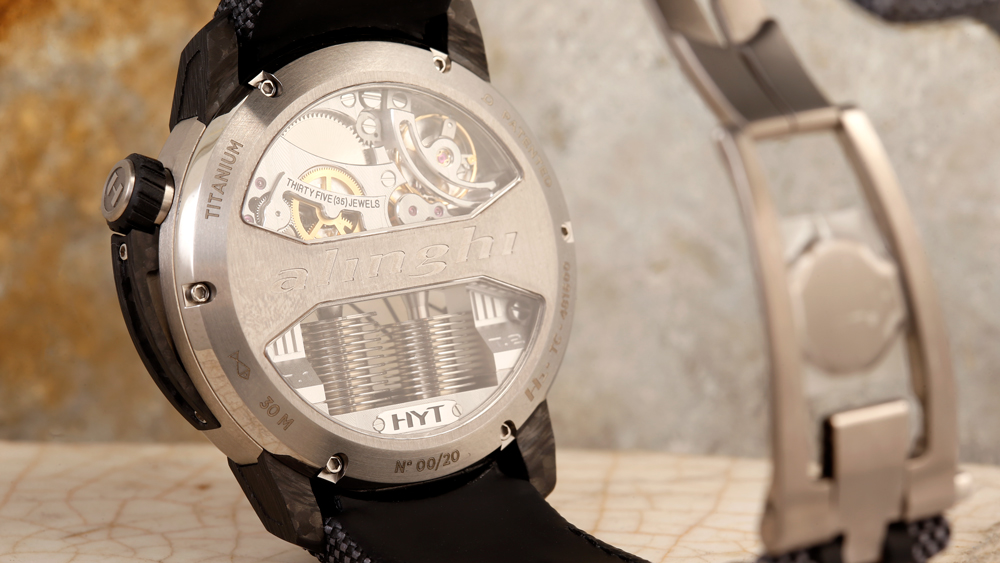 The new piece will be available by the end of November through the brand’s network of authorized retailers worldwide, though in very limited numbers—HYT plans to produce only 20 examples, priced at $65,000.