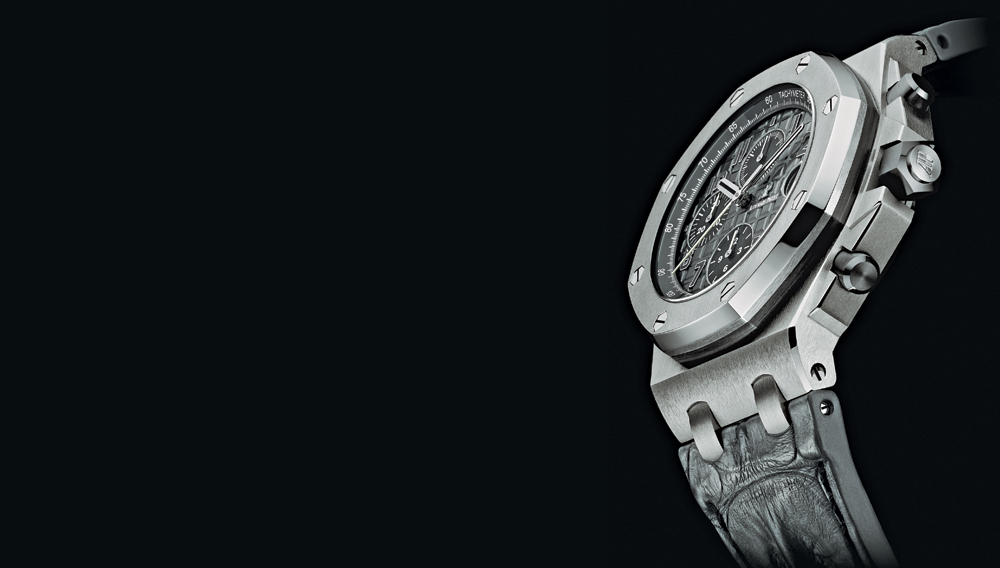 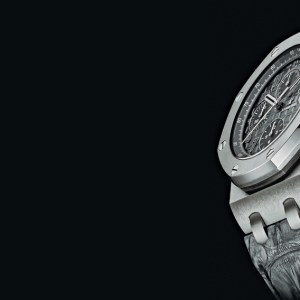 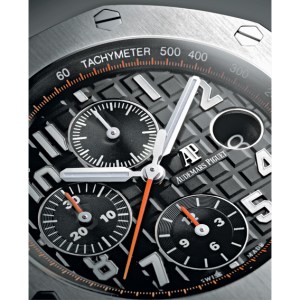 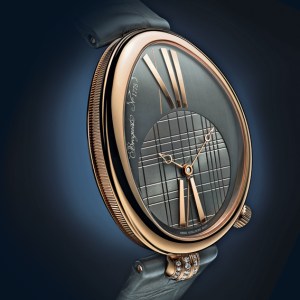 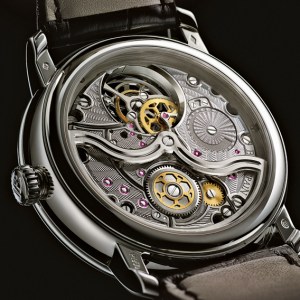 Navigating the creative process at the industry’s most established firms.

Faced with an opportunity to update the landmark Royal Oak Offshore on the occasion of its 40th anniversary, Octavio Garcia, the creative director at Audemars Piguet, was tempted to make radical changes to the popular model. Then he consulted the fans of the watch—collectors, friends of the company, even journalists—and he tempered his approach. “Ultimately it is our responsibility to curate the collection,” he says. “In essence we are defending a set of ideals we share and are looking after the stylistic integrity of the watches.” Garcia’s changes, including the sharpening of certain details like the hands and dial treatments, reengineering the case, and creating consistencies in sizes and details within the line, have produced a thoroughly contemporary Royal Oak Offshore. They also offer a window into the sometimes-overlooked creative process at the major watch brands.

Today it is the charismatic auteurs at small boutique companies who have captured the spotlight for their willingness to bend or break watchmaking’s design traditions. Those responsible for product development at the larger firms, by contrast, often face the arguably more arduous task of creating successful new products within tight and complex design codes, and under the scrutiny of not only management, but legions of clients and collectors who feel they have a personal stake in the continuation of a brand’s legacy. But while there are limits of all kinds in this area of creation, designers also have the opportunity to work with forms that are imbued with both history and emotion. “When I was in school, I knew there would be constraints in any art-based industry,” recalls Garcia. “But my first experience in watchmaking taught me that we were essentially transmitting culture through design. That mindset allowed me to build my confidence and gave me a level of creative freedom to explore while still maintaining certain codes.”

Garcia received corporate encouragement as he built on established models such as the Royal Oak Offshore, in part because Audemars Piguet is a forward-thinking company with a reputation for doing new things. The environment is more challenging at Breguet, which works under the mantle of history’s most celebrated watchmaker, Abraham-Louis Breguet. So as not to be too constrained by its past, Breguet’s CEO, Marc Hayek, who also supervises design and development, must walk a careful line in proposing new products. “You have to try new things until you have a watch that captures a certain feeling,” explains Hayek, who also heads the fellow Swatch Group–owned brands Blancpain and Jaquet Droz. “I think it’s great to find elements from things that have been done, but what really interests me personally and what I think is important for the brand is to keep the original spirit.”

One of the important keepers of Breguet’s original spirit is Vincent Laucella, the company’s head of creation and product development, who has overseen design at Breguet since before its acquisition by the Swatch Group. Today he provides a foil for Marc Hayek, and the ongoing dialogue between the two men shapes the evolution of the brand’s watch designs. “[Laucella] is always concerned with getting elements like guilloche and mother-of-pearl just right,” explains Hayek. “Sometimes he likes to give the gold pieces a contemporary but more mature feel. On the other hand, I prefer the younger dial.” In Breguet’s latest collection, the see-saw between Hayek and Laucella resolved itself in a new guilloche pattern created expressly for the new Reine de Naples Princesse model. “We stopped designing on the computer and instead tried many things on the machine to see what effect they had,” continues Hayek. “We were just experimenting with something linear that doesn’t look like the guilloche we know. We broke some rules in the process.” The resulting Princesse is one of the most noticeable departures from the established company style, but the feel of the proportions, hands, and case nonetheless fit easily into the Breguet collection.

Men’s watches, according to Hayek, are much more driven by their movements, and here he demarcates what goes into a new Breguet and what goes into a watch from its sister brand, Blancpain, which is also a highly traditional company. “At Breguet we have a lot of technology and ideas—multiple patents,” he says. “At Blancpain we go straight to beauty and visibility on exceptional parts.” As an example, he cites Blancpain’s new 12-Day Tourbillon, a watch that on the surface sports a profile similar to the Extra Thin Tourbillon Breguet unveiled last year. However, in place of the titanium parts and advanced peripheral rotor, the Blancpain was composed with an automatic movement with a cutaway rotor that emphasized the finishing. “I personally have always loved [the lack of a rotor on] hand-wound movements,” he adds, “because you have a different possibility to design the bridges, the proportions, and afterwards the decoration. It is classic Vallée de Joux finishing and an understated enamel dial.”

Living Up to a Reputation

The parameters that each brand places on movement design are an unwritten component of their character. Vacheron Constantin, for example, has taken a relatively conservative approach on the movements it has created in-house during the modern era. Besides the Geneva Seal, a conservative stricture in itself, Vacheron Constantin’s movements are designed around an internal proviso that they be repairable by the house over the next 250 years, a period equivalent to the brand’s own history. “In certain cases, in certain complications, this can lead us to making movements that might be considered thick by some standards,” explains Christian Selmoni, the company’s artistic director. “We try to optimize the volume of the movement and put the technical capabilities into a small package, but we never go for risky solutions in terms of technique, because we have to have reliability and have made this commitment to repair our old pieces over the long term.”

Despite this restriction, the company’s watchmaking is far from blocky. Fine dimensions and elegant design are an important part of the company’s heritage, especially during the classic 1950s era of men’s watch design. In the present, the Patrimony Contemporaine model embodies this ethos, and remains a best seller 10 years after its introduction. “Patrimony is a very pure, essential, understated kind of a line,” says Selmoni. “It can still incorporate some complications like the perpetual calendar or minute repeater, but we must still respect the proportions of the watches. It’s a collection that we will build over the long run. For example, if we want to create a chronograph in the collection, we will have to completely rethink the movement and do it in [a case that is] something like 4.5 mm thick rather than 6 mm. That creates a huge difference in the end.”

Selmoni nevertheless differentiates his approach from the methodology at Vacheron Constantin’s sister brand, Richemont-owned Piaget, which is renowned for pursuing the extremes of ultrathin movement design. While Vacheron’s recently released Patrimony Minute Repeater is the thinnest manual-winding minute repeater built to date, the brand’s objective, according to Selmoni, was to create a discreet and refined package for a high complication—not to break a record.

Other brands are less reticent about their pursuit of extreme, ultrathin watchmaking. This year Bulgari unveiled its Octo Finissimo Tourbillon, which at 5 mm of overall thickness is also a record holder in its class. “For us, the Finissimo collection is an important statement,” offers Fabrizio Buonomassa, the company’s lead watch designer. “Now we are able to show to our clients that Bulgari is able to build these kinds of watches. The number of components is less than the high complication watches, but the construction is almost the same complexity.”

Technical hurdles were far from the only considerations in designing this new initiative for the company. The highly developed personality and design language of the Bulgari brand required Buonamassa to take an entirely different, more structured approach than a newer boutique company would. Added to this challenge was the fact that an ultrathin tourbillon—essentially a men’s black-tie dress watch—would be a new genre for Bulgari. “It’s important for us to approach this kind of watch in a Bulgari way,” he elaborates. “We chose the Octo case because it is different and more architectural in terms of design. When you put it on, you cannot feel the weight or perceive having a watch on your wrist. This is the Bulgari way, to imagine this kind of formal, thin watch. It’s not boring.”

Although watch design at Bulgari is now performed in Switzerland, rather than being centralized in Rome, it still follows distinct codes. Following the brand’s penchant for pure architectural forms—the well-known Bulgari-Bulgari watch is essentially a section of a cylinder—the Octo case is a merger of a square and round case. Though acknowledging the touch of celebrated designer Gerald Genta, Buonamassa has altered the proportions, coloration, and finishing along Bulgari lines. Transforming this shape into an ultrathin watch was a demanding process involving the entire watchmaking team, which had to make constant tweaks across the board. “This watch is like a tailored suit,” he says. “Each time we make a change we have to redesign all the components.”

Teamwork is a fact of life for creative people in all large companies—one that imposes additional restrictions but can also deliver outstanding results. No company exemplifies this more than Cartier, where a developed and structured design process contributes across the widely varied product line. The firm has a seven-person design team devoted exclusively to watches, and they take their briefs from a product marketing team that oversees the strategic and commercial goals for the company’s watchmaking efforts.

Inside the design studio, where the motto was once “only the brand is the star,” the designers work on an almost egalitarian level. Although some have specialties, it is rare for one of the designers to shepherd a project from beginning to end. Often one designer will finish the sketches of another or contribute ideas to yet another colleague so that, in the end, initial sketches are just ideas without the ownership of a particular member of the team. In the case of major initiatives, the design team will produce literally hundreds of initial sketches that may be winnowed to a mere handful in the first round of review, and cut yet again as they go before the creative committee at the top level of management.

The combined talent of all seven Cartier watch designers is probably the greatest amount of in-house design horsepower available in the industry. Their ability to churn a striking number of ideas has helped them consistently create successful models for a wide audience—a formidable goal for any designer. “We waited a long time for the right design,” recalls Helene Poulit-Duquesne, who headed the development of Cartier’s Ballon Bleu model in 2006. “But when we found it, it was loved by everyone.”

While a watch like Ballon Bleu obviously heeded commercial goals, it also managed to achieve the near impossible: to create a new pebble shape for wristwatches. This fact is not lost on the industry at large, even at the elite levels of exotic watch design. “It’s ironic,” comments Eric Giroud, one of the most respected independent watch designers for a variety of boutique firms. “It was one of the largest watch companies that took the biggest chance.”