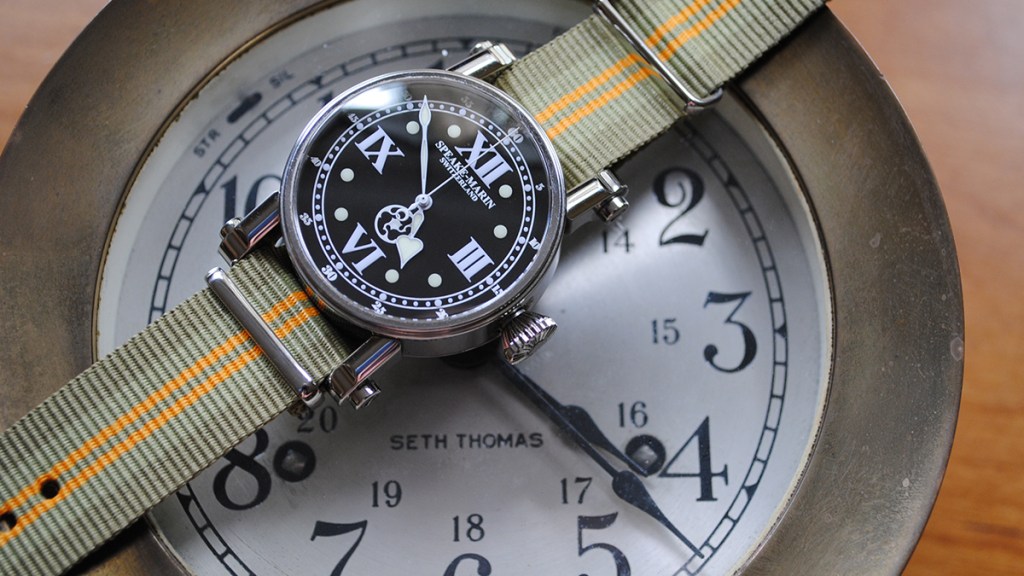 Situated in the Philadelphia suburb of Manayunk, Martin Pulli’s watch boutique (which bears his own name)  is the sort of thing you would be more likely to expect in places like New York, Miami, Los Angeles, or even Geneva. The compact space is filled with watch brands seldom seen in the mainstream, yet curated at a very high level.

Brands like Romain Gauthier, Grönefeld, Sarpaneve, and others fill the cases— ask Martin about any of the brands that line his cases, and each will yield an interesting story. By many he’s viewed as a bit of a champion of the independent watch world, and even in a market where sales can be challenging and many retailers are risk-averse, Martin continues to show strong support for the small independent watchmakers who are trying to make their mark on the industry.

We recently caught up with Martin to talk about his love of watches, as well as get his take on the current state of the watch industry.

Where did it all start. Were you a watch collector that got into the retail business of did the business get you into collecting personally?

I got started in the watch business through my family, who was in the antique and vintage jewelry trade. My mother began picking—buying and selling antique and vintage jewelry to the trade—when I was six years old. My father was always interested in clocks and watches and I became interested as well. I started early, buying and trading vintage at flea markets and watch shows. Later I graduated to more and more special vintage pieces, and eventually small modern manufacture.  I grew up around the trade and it stayed with me, becoming my life!

Martin Pulli Store What types of watches do you collect the most?

What are your favorite pieces to wear lately?

Lately, in fact almost daily, I’ve been wearing a RALF Tech Millenium diver with left hand winding. The watch is made of Grade1 titanium, which is rare…maybe even unique to this watch inside of the watch industry (titanium watch cases are “typically” Grade 5)? I love the material, it’s “soft” to the touch and patinas a bit darker as you wear it. It’s almost thermally neutral to the touch and of course it’s anti-magnetic.

What watch or watches that you own would you never part with?

I have an original Omega Ploprof. Over time, I’d bought and sold them to clients. I never kept one for myself. I have a client who had one and it was just back from service at Omega in Switzerland. He had tired of using it and asked if I’d be interested. Short story, I bought the watch with the intention to resell it, started wearing it to check the timing, and I fell in love. I wear it all the time, and it’s become one of my favorites. I grew up with Jacques Cousteau, fascinated by his movies on PBS. The Omega heritage with Cousteau and this watch has always been special to me and I am very happy I’ve decided to hold this one for myself!

Another. My dear friend, Peter Speake-Marin and I worked with one another for years. He was not long into making his own watches and I started as a dealer for him, later handling distribution for North America.  In 2011, Peter decided he wanted to do a watch in the spirit of many of the mid-century military watches he’d restored when he began his career (doing historical restorations for Somlo Antiques in Piccadilly). I loved the idea, and the details came together fairly quickly. There were to be 68 watches (Peter was born in 1968) and they all featured an engraving on the back that states “Fight, Love and Persevere”—a kind of personal credo for Peter. The edition was largely pre-sold and delivered to clients within four weeks! For a manufacture that produced 110 watches or so a year, 68 watches in a month was quite something. I have my own pre-series Spirit Pioneer, which Peter built and finished, and I would never consider selling it. Frankly it’s the one watch which will only be for me to wear. It holds deep sentimental value to me.

Do you have a personal favorite brand at the moment?

What new watch do you wish you could get your hands on?

In this moment, I would very much like to see and handle the “Arpal One” a watch collaboration between Laurent Ferrier and Urwerk for the Only Watch charity. I also love the Project Tsunami, from Hajime Asaoka. The watch features and amazing 16mm titanium balance wheel with this unique watch. Finally, I have been ogling photos of the 1740 by David Candaux, but I have yet to see one. It looks fascinating!

How did you get into retail in the first place?

Retail happened kind of by accident. I was in the wholesale trade a long time and folks always said “you would be a good retailer”. So, I bought a building in a gentrified walking district (Manayunk) in Philadelphia, which is very much a walking village. I had a small number of vintage watches when I opened in 1999 and slowly worked my way into modern manufacture as the market began to grow for mechanical watches.

The retail market for me, is ever-changing. I believe the interest in the type of horology which interests me is growing. I steadily hear folks say into my ears that their interested in smaller more focused, niche watchmakers. Many collectors have been buying watches from large commercial group brands for years now. Unfortunately, much of what’s offered from large houses has become a bit blasé, overpriced and certainly over-produced. I steadily hear clients tell me they want more unusual things they feel are “special” or that are more uniquely produced.

Are there particular brands or genres that you’re selling more of than others this year?

I buy and sell so many different types of watches that the “what” I sell is all over the board. I am constantly changing gears to talk about a huge variety of products. I spend a lot of time studying the market to see what is being offered by everyone, both technically and aesthetically. I have a lot of interest and demand for the watches of Stepan Sarpaneva, the Grönefeld brothers, Habring², Ressence and Laurent Ferrier just to name a few.  Without the passion, you can burn out very quickly, but I believe it’s professional to be knowledgeable about your trade in total.

Is there a brand or specific watch out there that you think is underappreciated?

I think there are quite a few brilliant Independent watchmakers whom are underappreciated, and they’re doing some of the most interesting work in horology. Andreas Strehler, to name one. He’s a brilliant mind in watchmaking, producing a couple of handful of jaw dropping watches each year. The Lune Exacte blows me away, and to hear Andreas speak about the watch just charges me up. Anyone interested in haute horology should look up Andreas, and see what he’s up to. Not surprisingly, Andreas also has his hands is designing innovative caliber for other folks too (including one of the watches in the Harry Winston Opus series).

If you could represent one brand that isn’t currently in your roster, who would it be and why?

For me it’s not about brands so much as watchmakers. Okay one is technically a brand—Urwerk—although I think Felix Baumgartner and Martin Frei as more than just that. If you get the chance to hear the URWerk team speak about the development and creation of their watches, it’s a real treat! The previously mentioned, Andreas Strehler, Atelier de Chronometrie in Barcelona, and Hajime Asaoka from Japan would be a joy to have in the store.

Looking ahead to the future of the watch industry, what do you see?

The future of the industry? I think it’s important that the industry really take on the responsibility of “educating” the collector base that’s currently enjoying horology. When I was young, the watch industry was in dire straits. The quartz movement was dominant and there were very few active watch marques. Now, we have a huge landscape of brands and watchmakers that are so disconnected from the market which they serve. The watches I bought, sold, and collected early on were largely from the ‘40s and ‘50s, with the watches of the ‘50s (in my mind) being the height of watchmaking. Now, the industry has the advantages of fantastic technology, materials, and applied sciences. It’s important to highlight just how things are manufactured, what goes into what’s on someone’s wrist.

Classic horology is art, in the truest sense, but even in the most commercial watch brands there are elements of classicism. To collect, one needs some basis to contemplate what’s interesting to them and why. It’s easy to generate a marketing oration, but the substance of what’s behind the thing is important. Mr.(Philippe) DuFour has said, “when a watchmaker retires, a chapter of the book of watchmaking is lost”, meaning the truest experiences of each watchmaker are uniquely their own. Every watch they’ve made, repaired or restored, all uniquely their own set of experiences. Experiences, which lead to knowledge and wisdom, sometimes of architecture and technique no longer taught or seen.

While technology is important and interesting, the industry would be remiss to forget it’s heritage and the true arts and traditional techniques that are the foundations of this heritage. This tradition, is the basis by which I ultimately measure all things horological. My dear friend, Peter Speake-Marin is coming with a project in the fall of this year that he calls “The Naked Watchmaker”, with the goal of highlighting the construction and manufacture process of both historical watches and modern manufacture. I think this is exactly the type of project needed to highlight the rich heritage of the horological arts, and the present “state of the art.”