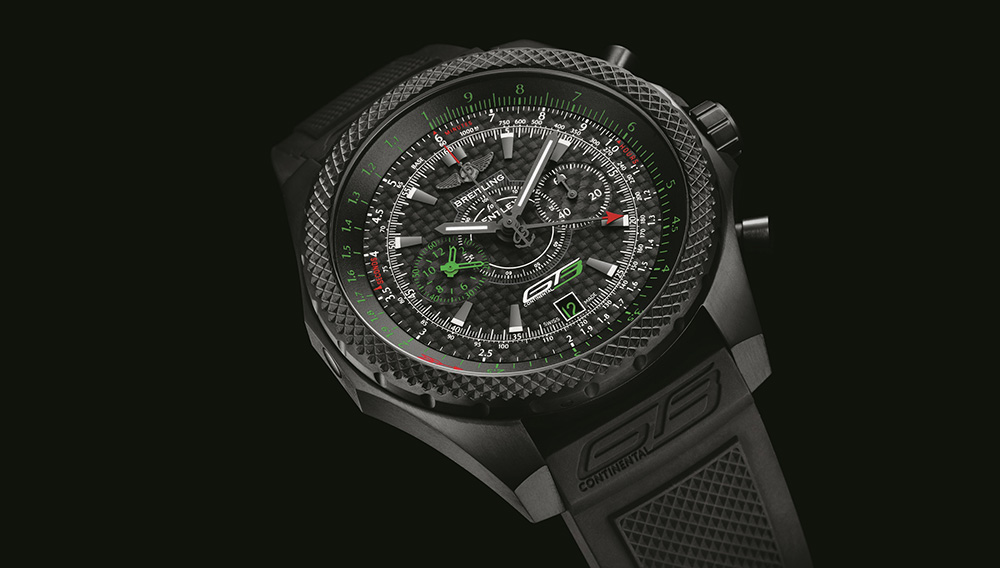 The competitive spirit has always defined the Bentley universe. Five-time winner of the 24 Hours of Le Mans in the 1920s to 1930s, the British car manufacturer got right back to its winning ways by sweeping the first two places on the legendary track in 2003. As main sponsor of Team Bentley, Breitling toasted this victory by unveiling a chronograph named “Bentley Le Mans” and marking the start of the magnificent Breitling for Bentley adventure. In 2014, Bentley made its big comeback to motorsports by competing in the GT3 category with a high-performance new speed machine, the Continental GT3. This sports engineering marvel has enabled the firm to chalk up several major wins, including two victories in Silverstone (United Kingdom) and on the Circuit Paul Ricard at Le Castellet (France), while the 2015 season has already seen it score several podium places in Europe, the United States and Asia.

The chronograph to match great feats

To celebrate this fresh momentum, Breitling for Bentley is launching a new limited edition Bentley GT3 timepiece – a gem of style and performance worthy of the super-sleek racing car after which it is named. The black titanium case features a blend of sturdiness and lightness, two indispensable qualities in the heat of the action. The carbon fibre dial exudes an ultra-sporty look inspired by racing cars. Clear readings of the finest feats are provided by the chronograph with its innovative display system featuring a 60-minute counter via a central hand (for times of less than an hour) and a combined hour/minute counter at 9 o’clock (for times of an hour or more). At the heart of this peerless instrument beats a self-winding movement chronometer certified by the COSC (Swiss Official Chronometer Testing Institute), the only precision and reliability benchmark based on an international standard. The exclusive black rubber strap bears the inscription “Continental GT3” – the embodiment of the will to conquer driven by the Bentley spirit.