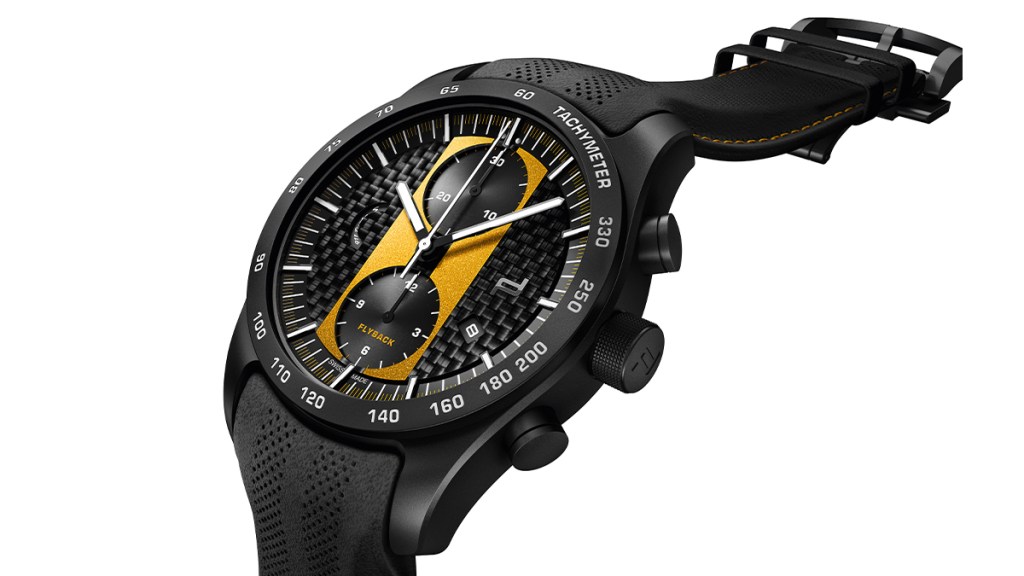 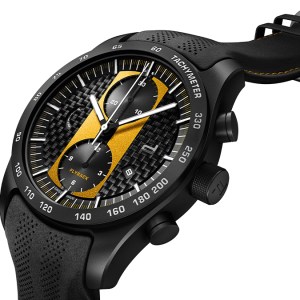 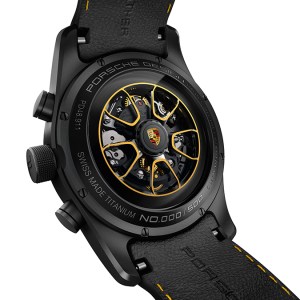 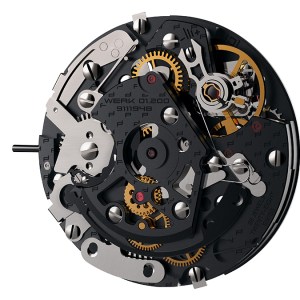 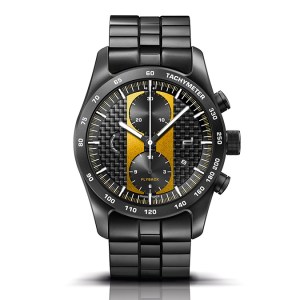 Adding to the rare nature of Porsche’s all new 205 mph-capable 911 Turbo S Exclusive Series we recently covered, Porsche Design is offering an equally exclusive timepiece ($12,650) that can only be acquired by owners of the car. The new flyback chronograph caliber—featuring the Werk 01.200 movement—will be chronometer-certified, and manufactured by Porsche Design themselves, which is a big first for the brand.

Playing off the exposed carbon aesthetic of the new Turbo S, Porsche Design’s chronograph mirrors the car in its dial design. Much like the cars, the watch will be available with a painted center stripe in Golden Yellow Metallic, Carrera White Metallic, Agate Grey Metallic, Black, Guards Red, and Graphite Blue Metallic to match the paint color chosen for its owner’s new ride.

Each of the 500 new chronographs will be cased in lightweight titanium, finished in black via a titanium carbide physical vapor deposition (PVD). Each piece will be sold on a titanium bracelet, and will be accompanied by a pair of leather straps (with color-matched contrasting stitching) as well as a Porsche Design Strap changing tool. Both the watches and the cars are now available for order via Porsche Centers worldwide, and delivery of each watch is scheduled in sync with the delivery of the new car.

It is worth noting that while the movement of this chronograph traces its roots to the tried-and-true ETA/Valjoux 7750, it’s uniquely tailor made by Porsche Design. Its dimensions, 48 hour power reserve, 25 jewels, and ETACHRON regulation are all in line with said caliber, with the addition of a flyback module.

Where it varies is very much in the finishing and visual details such as modified bridge construction, the emblematic etching of Porsche Design logos into the caliber, and of course its tungsten rotor modeled after a 911’s wheels. Although the caliber isn’t breaking any new ground, the fact that Porsche Design is breaking into movement manufacture at all is welcome news.