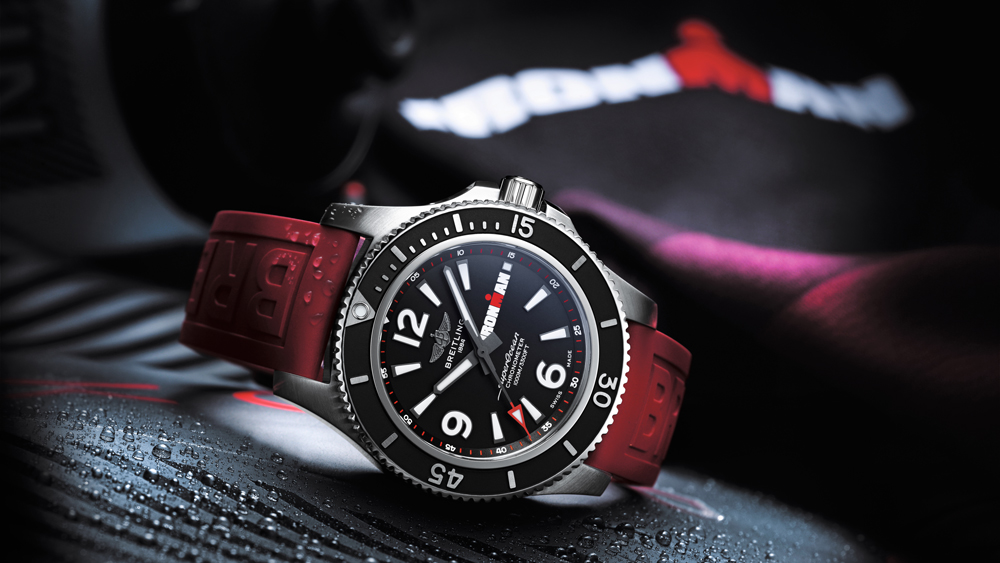 Since Georges Kern became CEO of Breilting in 2017, he’s been forging a clear cut path to revitalize the brand. Part of his strategy has been to employ a “Squad” of actors and athletes to help promote it. Just recently, Adam Driver was at Breitling’s New York City boutique touting the company’s partnership with Norton motorcycles. Driver is part of Breitling’s Cinema Squad alongside Charlize Theron and Brad Pitt. Kelly Slater swung by the flagship to show off the new Breilting Superocean Heritage II Chronograph 44 Outerknown watch made with an Econyl strap recycled from fishing net debris. Slater also uses the material in his clothing brand Outerknown, for which the watch is named. The pro surfer is part of Breitling’s Surf Squad with Sally Fitzgibbons and Stephanie Gilmore. This week, eight-time Ironman World Championship winner Paula Newby-Fraser was at Breitling’s Madison Avenue address to ring in the very first Ironman partnership with a luxury watch brand.

Newby-Fraser, who is now retired from her Ironman days, is not a part of Breitling’s Squad—although they do have a Triathlon Squad including Jan Frodeno, Chris ‘Macca’ McCormack and Daniela Ryf, who were busy training and couldn’t attend the event—but she is a legend. “To be honest, the very first triathlon race I did I was fairly miserable,” Newby-Fraser told Robb Report. “I got off the bike and was like, ‘Oh my god…’ but I finished. And then it just sort of hooked me. Once I got through that first experience, I knew I could be good at this. You don’t have to be great at everything, you just have to be good at everything.” That, of course, is a vast understatement—to win an Ironman World Championship once, let alone eight times, is a feat of Olympic proportions.

That’s why Breitling’s new Ironman watch will be a major milestone marker for anyone that competes and finishes one of the triathlon races. The watch, part of the watchmaker’s Superocean diver collection, is a 44-mm stainless-steel watch with a black dial featuring the Ironman logo. It comes on a red Diver Pro III rubber strap with a pin buckle and has Super-Luminova numerals, indexes, and hands for readability. The self-winding watch is powered by Breitling’s Caliber 17, which has 38 hours of power reserve and is resistant to 1000 meters. The case back is engraved with the Ironman logo and the watch will only be available on Breitling’s e-commerce site, Breilting boutiques, and onsite at the Ironman 70.3 World Championship in Nice and the Ironman World Championship in Kailua-Kona.

“We were very excited to see that Breitling had already stepped into the world of triathlons when they created the Breitling Triathlon Squad, so we logically made the connection,” said Matthieu Van Veen, chief revenue officer of Ironman. “When you prepare for an Ironman there is so much commitment and dedication that the reward of being able to wear this after you cross the finish line is a great testament for what our athletes have accomplished.”

Ironman has collaborated with other companies on products, like a triathlon bike with Ventum, but so far they have mostly been performance gear instead of luxury products. But the new watch collaboration may be the one that makes the most sense in the end—a bike, a helmet or a jacket will all lose their meaning long after competing in an Ironman is no longer an option, but a watch can forever mark the moment on the wrist. And with only 300 of these watches available, and over 200,000 Ironman competitors yearly, you may want to reserve yours before you complete the race. Think of it as the ultimate motivator.