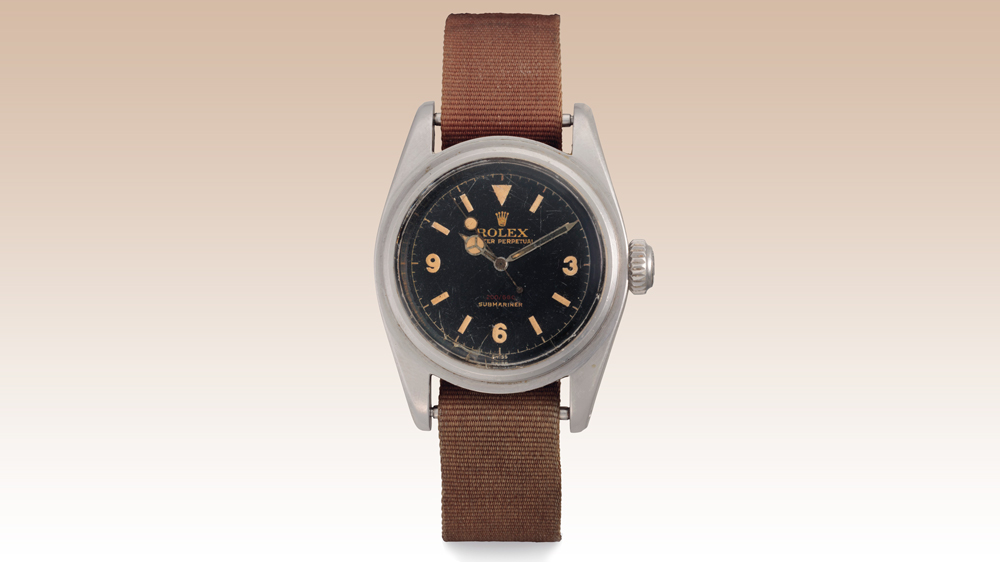 Christie’s Exceptional Watch auction, held yesterday in New York, has set another record for Rolex. The Rolex “James Bond” Submariner reference 6538 sold for $1,068,500—the most expensive Rolex Submariner ever sold at auction. The Rolex market is hotter than ever with entire lots devoted to the brand’s rare timepieces to record-breaking sales. By now you may be tired of hearing that Paul Newman’s Daytona is the most expensive watch ever sold at auction with a final sale price over $17.7 million (including buyer premiums and fees). Was it worth it? Well…it did actually belong to Paul Newman after all, included an engraved note from his wife on the caseback, and is the watch that launched the descriptor “Paul Newman” on all future similar Daytonas. The celebrity factor certainly upped the ante—Elvis Presley’s Omega, with an engraved inscription from RCA records, commanded the highest price ever at auction for the Swiss watchmaker when it was sold for $1.8 million last month.

So what made this unengraved Submariner with zero celebrity provenance behind it sell for over $1 million? The value, one might say, is in the pocket of the beholder…influenced by a Rolex-crazed market.

The watch comes without a bezel (removed by the owner), a Nato strap that is too small, and features numerous scratches on its sapphire crystal glass (the dial, however, is in excellent condition). For some, these worn-in details could be an aesthetically pleasing, rugged touch. Others might find it unbelievable that it could fetch seven figures. It was touted as unique for its unusual Explorer dial on a Submariner watch coupled with the fact it’s a “James Bond” Submariner reference 6538. The model is coveted for being worn by Sean Connery as James Bond in the first of the iconic film series in 1962’s Dr. No and are considered rare by collectors. The timepiece also features an unusual meters-first depth rating of 200/660 in red instead of white.

That might leave quite a few people scratching their heads, but in the world of watch collecting it’s not surprising—far more minute details have been known to set certain watch connoisseurs’ hearts racing. But more than that, watches have proven to yield a high return on investment if one is doing their homework and paying attention to the market. There appears to be an endless supply of vintage Rolexes dating to the ‘40s through the ‘70s selling at auction and throughout the secondary market, including plenty of Daytonas and Submariners, and when that well finally runs dry they will be sold again for even greater prices.