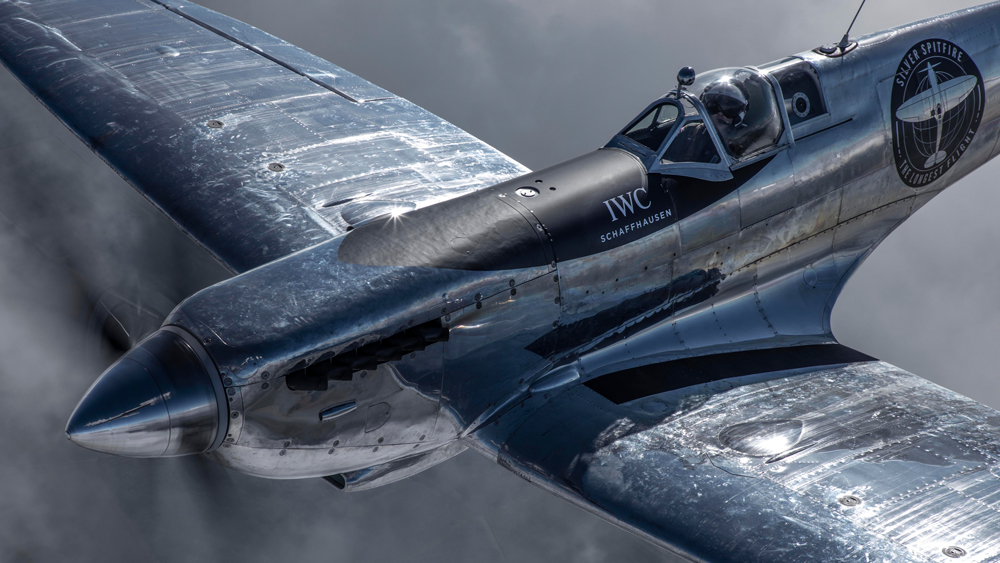 In less than three weeks, the Silver Spitfire, a British fighter aircraft built in 1943 and painstakingly restored to airworthiness, will take off from Goodwood Aerodrome in the U.K. on “The Longest Flight,” a 26,700-mile journey around the world sponsored by official timekeeper and main partner IWC Schaffhausen.

Piloted by Steve Boultbee-Brooks and Matt Jones—co-owners of the Boultbee Flight Academy, a Chichester, U.K.-based training school dedicated to Spitfires—the legendary British plane was discovered in a museum and required two years of detailed restoration work that involved stripping it down to thousands of individual parts. It was still in the process of being restored when IWC went full-throttle and decided to have the pilots drive the plane into a hanger at the Salon International de la Haute Horlogerie for the brand’s massive dinner for press and retailers. Now, the restoration is complete and the Boultbee-Brook and Jones are getting ready for take-off.

“The Spitfire will be doing 150 stops across close to 100 countries,” says IWC CEO Christophe Grainger-Herr. “It will be flying all the way up to Iceland and then over into Canada, down the east coast and over to the west coast and back into Canada. Over to Japan, into China, down to southeast Asia, through the Middle East, Abu Dhabi, back into Europe and Paris and home.” There’s no word yet on which leg will be the longest, as plans and weather conditions are subject to change, but the Spitfire has a range of 1,300 nautical miles.

On Aug. 5, the pilots will embark on the first leg of their history-making journey—the first time a Spitfire has made an around-the-world flight. The conditions will range from extreme cold to extreme heat, and will include typhoons, sandstorms and high humidity. “It’s a non-pressurized cockpit—no heating, no nothing,” says Grainger-Herr. “It gets freezing cold at high altitude over the Atlantic. It gets boiling hot at low altitudes over Nevada. So it’s not comfortable. I liken it to when you drive a hardcore sports car for short journeys that you enjoy, but you wouldn’t want to take that on the family holiday where you’re driving 12 hours to a ski resort.”

At SIHH in January, the Swiss watchmaker rolled out a new Spitfire line in its iconic Pilot’s Watch collection, including a special edition Timezoner model dedicated to The Longest Flight, which Boultbee-Brooks and Jones will be wearing on their journey around the world. Setting the watch to a different time zone requires a simple rotation of the bezel. The hour hand, the 24-hour display and the date rotate automatically at the same time.

If you want to see how the pilot’s are withstanding the extreme conditions on board the Spitfire, you can follow them on IWC’s website, where a 360-degree camera on the dash will give an inside look at the expedition. “You can have a look at the frozen face of Matt Jones over the northern Atlantic,” jokes Grainger-Herr. “Go on, mate! Cheer up! Only 800 miles to go.”