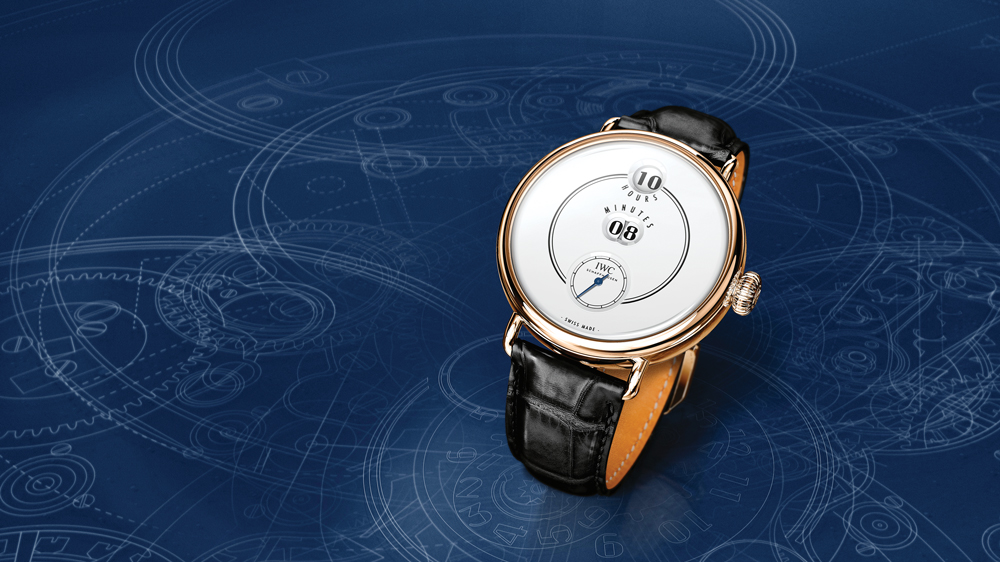 The most intriguing watch in the brand’s comprehensive 150th-anniversary collection, the new IWC Tribute to Pallweber Edition “150 Years” celebrates an obscure and not entirely successful entry in the company’s history. “Our brief was to be very, very close to the displays and look of the old Pallweber watches,” says Stefan Ihnen, technical director at IWC, “but to create them with absolutely modern technique.”

First commercialized by IWC in the 1880s, the original Pallweber system—named for the Austrian father-and-son team that invented it—was one of the first attempts to create an entirely digital display for a mechanical pocket watch. While popular at first, the instantly jumping numbered disks under the dial proved difficult to manufacture and enormously power hungry.

Initial models could barely run for 24 hours before rewinding. “We have a lot of the old pieces in our museum, and they are not at all on the level that a customer expects today,” Ihnen acknowledges.

He found an engineering solution to the energy issue by creating a completely separate power source for the new watch’s displays. A second barrel—wound simultaneously with the first via the crown—releases energy to turn the disks each minute once triggered by a lever-and-cam mechanism. The system offers a power reserve of 60 hours, and since the regulator is isolated from the going train, it is unaffected by the sudden bursts of power from the system. Ihnen and his team have modernized the bearings underneath the displays to reduce friction, but with the new power system the improvements are almost superfluous.

The original Pallweber watches were eventually discontinued once their novelty had faded away. Hopefully, the combination of historical appeal and latter-day ingenuity in the new 250-piece Pallweber Edition (approximately $36,600) will earn it a longer stay in the imagination of today’s collectors.