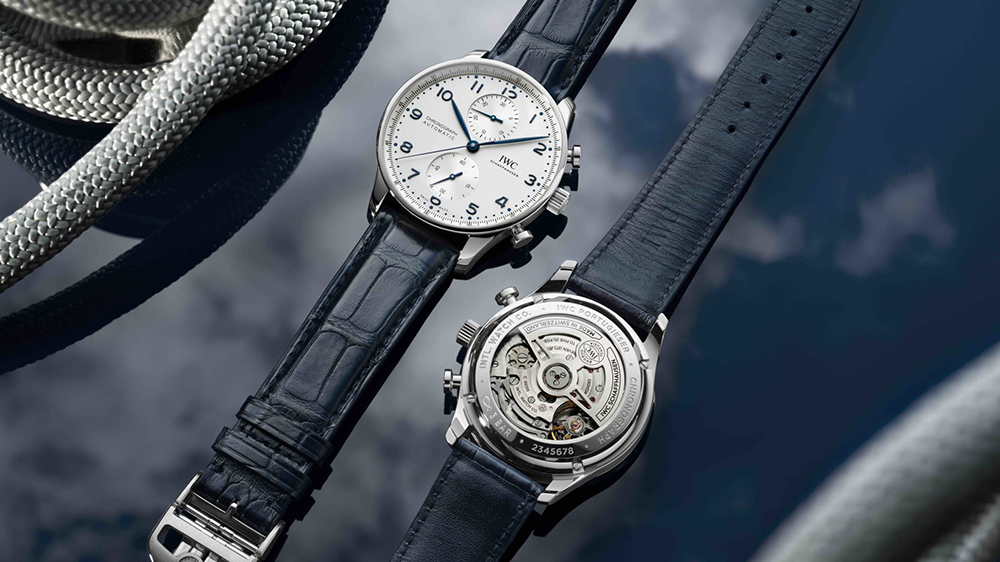 IWC’s well-loved Portugieser Chronograph just got a serious upgrade. The watchmaker announced on Monday that the popular style will now be powered by an in-house movement, complete with 194 components and a full 46 hours of power reserve.

The internal mechanism may have undergone a transformation, but the exterior mostly maintains its classic look and sleek 41mm case that can be made with a variety of different materials. The only real difference is that its caseback is now transparent—the better for collectors to see the new movement whirring away inside.

IWC’s Portugieser lineup can trace its roots to the company’s original design in the 1930s when its elegantly spare style and bold proportions broke the mold. The impetus for its design was the desire for two Portuguese businessmen to obtain a stainless steel watch with a movement that could match the accuracy of a marine chronometer. Many iterations followed in the subsequent decades, including the chronograph in question which launched in 1995 (its tagline referred to it as a watch which “had never existed before, even back then”).

Prior to this latest development, the chronographs were primarily manufactured with supplied calibers that IWC then had to retune. The watchmaker most often turned to calibers created by Valjoux and, later, Sellita. In-house models were occasionally used, but resulted in larger case sizes. The new movements allow the chronograph to retain the same sleek case its predecessors enjoy.

Founded by American watchmaker Florentine Ariosto Jones in 1868, IWC (originally known as the International Watch Company) remains based in Schaffhausen, Switzerland over 150 years later. The company has six watch families in production–Pilot’s Watches, Portugieser, Ingenieur, Aquatimer, Da Vinci and Portofino––that all exhibit the firm’s flair for innovation and quality honed through four generations.

Depending on which specifications a buyer ultimately decides on, the improved Portugieser Chronograph can be had for between $7,950 and $17,800. It’s a small price to pay for what’s sure to become an heirloom.