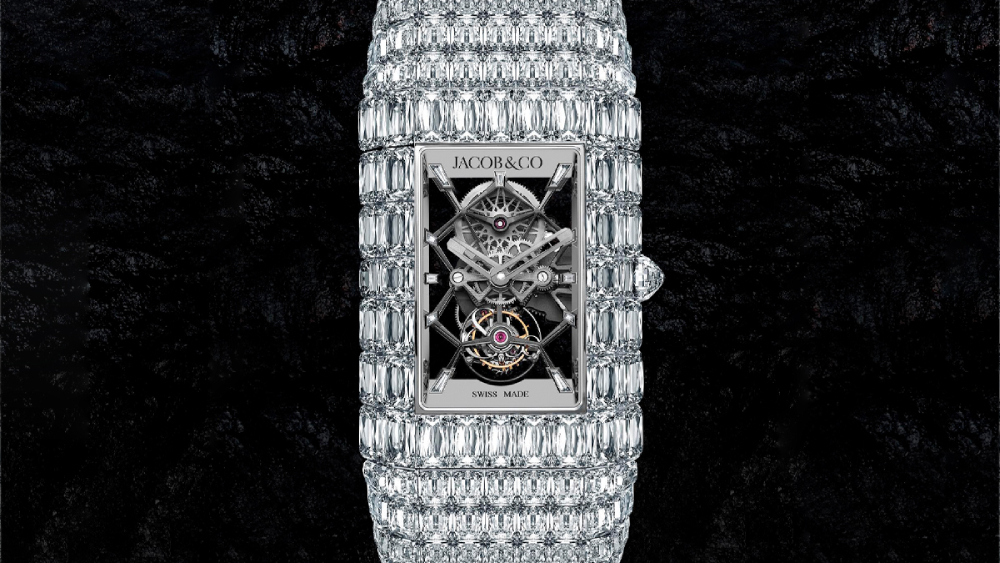 Sometimes, too much of a good thing is actually great.

Swiss watchmaker Jacob & Co. is no stranger to whipping up lavish timepieces, but its latest launch may just take the cake for its most extravagant yet. Dubbed the Billionaire Ashoka, it’s an update on its Billionaire watch encrusted with 189 carats of William Goldberg’s Ashoka diamonds. The unique cut is named after King Ashoka Maurya, a famed third-century warrior also regarded as one of India’s greatest emperors. The price of this gleaming specimen: $7 million.

Because less than one percent of all diamonds are appropriate candidates to become an Ashoka, only one of the Billionaire Ashoka will ever be produced never to be replicated again. Every portion of the singular piece––from the case to the bracelet to the clasp––is covered in 62 examples of the exclusive gem, all faceted with precision. Jacob & Co. claims the cut makes it appear up to 30 percent larger than a standard emerald-cut diamond of the same weight.

Highlighting its strong angular shape is the skeletonized caliber JCAM09 tourbillon movement that lies behind the diamond façade. The intricate, handcrafted movement is composed of 167 elements and 19 jewels with a 72-hour power reserve. And, because there’s always room for more diamonds, a final rose-cut jewel affixed to the crown completes the design.

The first iteration of the Billionaire watch was unveiled at Baselworld in 2015, where its price point and unique composition made waves. Set with 260 carats of emerald-cut diamonds, it used a special bead setting in an inverted pyramid style to cover the full length of the case, bracelet and clasp. Every stone was GIA-certified with some of the largest weighing up to three carats all on their own, and all were laid upon an 18K white gold foundation. The dial appeared to float in space thanks to a sapphire crystal case and caseback lightening the overall look in the process.