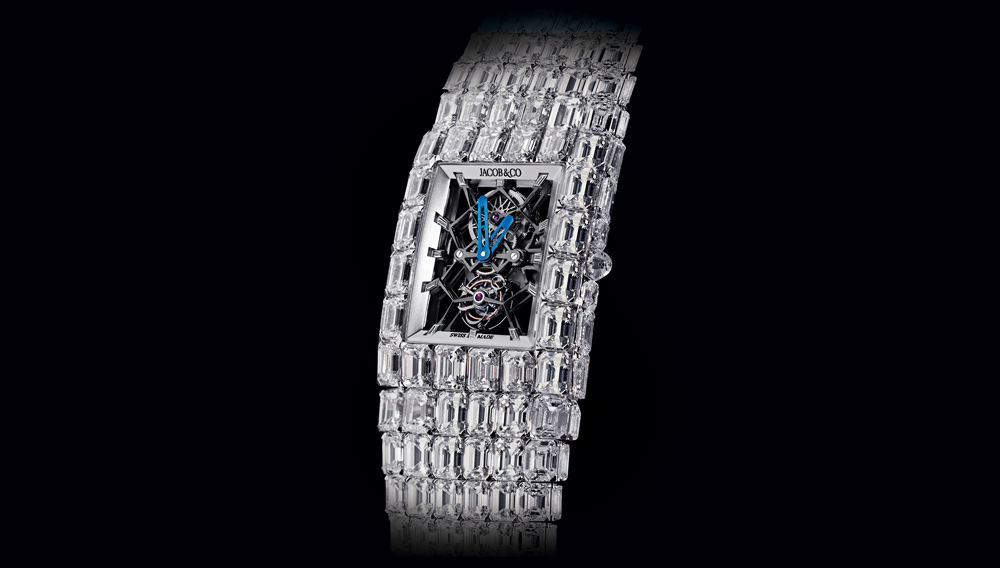 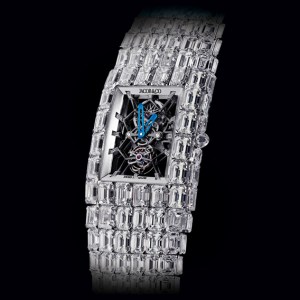 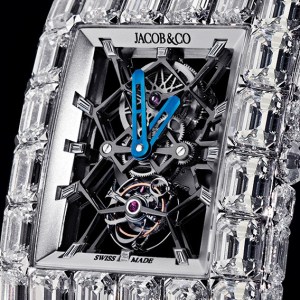 Too flashy for most social situations and too large for all but the stoutest of wrists, Jacob & Co.’s Billionaire watch nonetheless inspires awe when seen in person. Much like Howard Hughes’s famous Spruce Goose, it exists as an expression of what is technically possible rather than mere practicality. The more than 260 carats of emerald-cut diamonds are reminiscent of the Kalla statement watches created by Vacheron Constantin in the 1970s, but on a dramatically larger scale. The Billionaire’s other trump card is its movement: an exclusive Jacob & Co. skeletonized manual tourbillon that is one of the most attractive tourbillon calibers in production. For a watch like this, conventional notions of wearability and proportions take a back seat to architecture and sculptural qualities. Priced at $18 million, the Billionaire is a monument to the outer possibilities in jewelry watchmaking, which is how it will most likely be appreciated by its eventual owner.