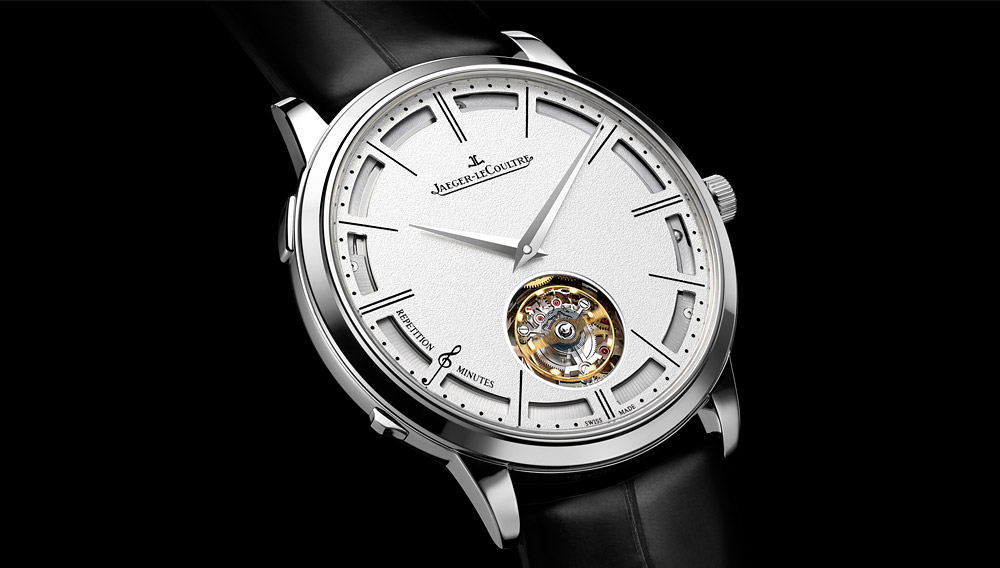 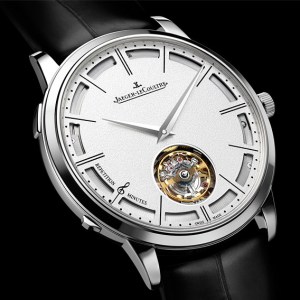 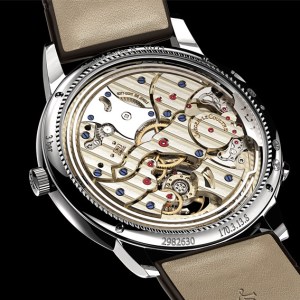 Jaeger-LeCoultre has a history of constructing ultrathin movements that stretches back to the early years of collaboration between the watchmakers Edmond Jaeger and Jacques-David LeCoultre. In fact, in 1907 the pair created the world’s thinnest pocket watch at the time, featuring a movement just 1.38 mm thick. Now, the Swiss watchmaker continues this legacy with the release of the Hybris Mechanica 11, which manages to pack a minute repeater and flying tourbillon into a watch measuring just 7.9 mm thick.

In an effort to give the wearer the best possible view of the mechanism, Jaeger-LeCoultre has equipped the Hybris Mechanica 11 (price upon request) with a flying tourbillon containing a flying balance wheel, which eliminates the upper bridges that typically obscure parts of the tourbillon. The platinum rotor of the ultrathin automatic movement is visible through perforations running around the edge of the dial. The timepiece’s minute-repeater function is activated by a pusher on the side of the case, which is revealed when the wearer moves a small slide at 8 o’clock. Once the pusher is pressed, the chiming begins and the pusher retreats into the white-gold case, thus preserving the lines of watch. The chiming mechanism uses the crystal on the back of the case, rather than the case itself, to transfer the sound generated by the gongs, which allows for a clearer chime. Further deviating from traditional repeater design, Jaeger-LeCoultre’s chiming mechanism is able to recognize when there are no quarter hours that need to be chimed and skip directly to the minute chimes, eliminating the awkward silence that occurs with other minute repeaters. (www.jaeger-lecoultre.com)