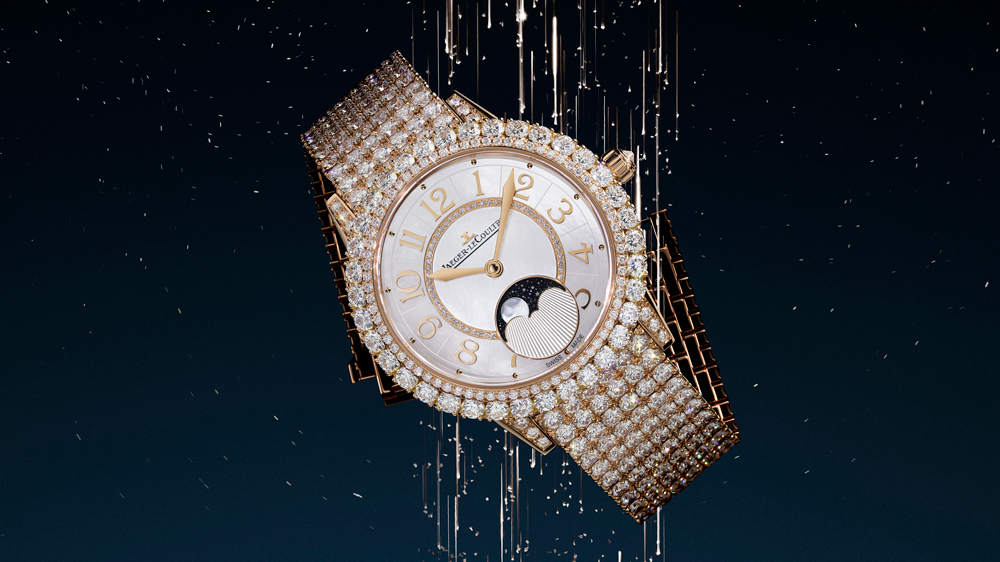 When Jaeger-LeCoultre introduced the Rendez-Vous collection in 2012, it was positioned as the quintessential mechanical watch line for women, “a point of rendezvous between fine watchmaking and craftsmanship,” in the words of former chief executive Jérome Lambert.

Six years on, the brand continues to make good on that promise with introductions like the new Dazzling Rendez-Vous Moon, an ultra-feminine diamond-set wristwatch that runs on Calibre 925/A1, an automatic mechanical movement developed and produced in-house.

But it’s the ice that will capture most people’s attention. The model is encircled by a bezel packed with 108 diamonds in two concentric rings, including an outer ring of 36 sizable round brilliants mounted in what’s known as a claw (or “griffes”) setting, a technique employed by brand craftsmen in the 1920s to allow light to pass through the diamonds from every angle. Designed to hold the diamonds aloft, the gold claws are meant to give the impression that the gems are floating around the case.

In addition to diamond-set lugs and a diamond-set winding crown, the Dazzling Rendez-Vous Moon comes on a lavish bracelet flooded with 22.27 carats of diamonds. But that’s not all. The white mother-of-pearl dial features diamonds on the hour markers, the main hours ring and on an inner circle of 47 diamonds, while an opening at 6 o’clock offers a glimpse of a mother-of-pearl moon against the backdrop of a starry aventurine night sky.

“The new Dazzling Rendez-Vous Moon is a perfect demonstration of Jaeger-LeCoultre’s master craftsmen’s know-how both in terms of watchmaking and gem-setting,” a brand representative tells Robb Report. “It takes more than six full days to fully set the watch and bracelet. For the bracelet, the gem setter needs to first work on the metal in order to get the perfect space which will welcome the diamond. After that he pushes the metal against the stone and finally polishes the whole to make it shine.”

The technique is designed, says the rep, to give the impression of a “waterfall” of diamonds. All of which should explain the model’s 230,000 euro price tag (about $255,335).