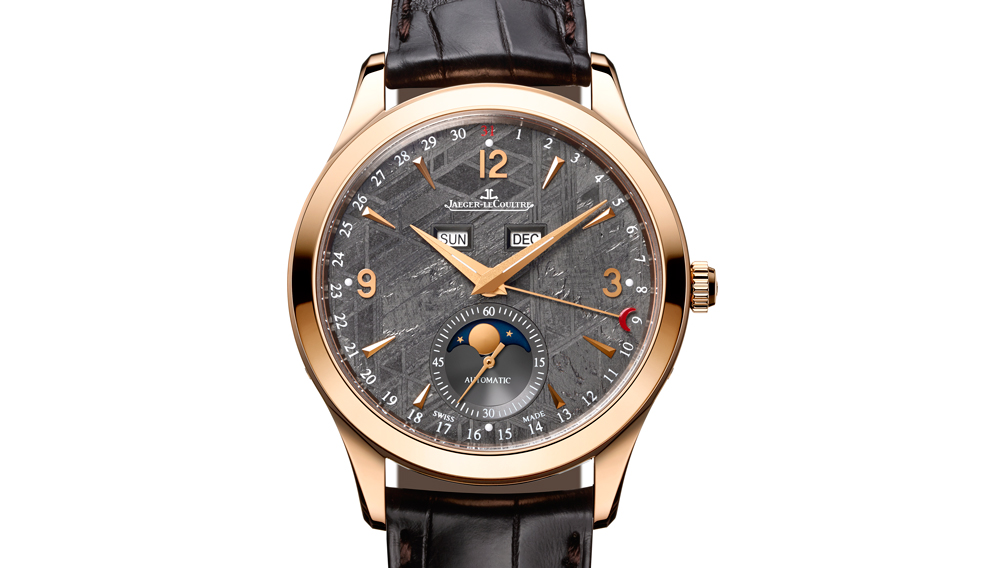 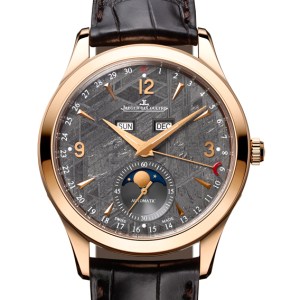 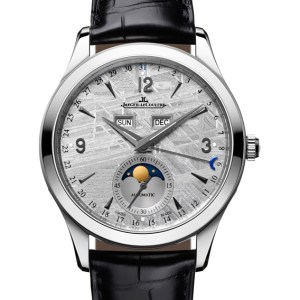 Jaeger-LeCoultre recently introduced a new variation of its Master Calendar watch that pairs the astronomical timepiece with a visually fascinating dial crafted from a meteorite. Each dial is carved from a single slab of a meteorite that was discovered in Sweden and is believed to have originated from the asteroid belt between Mars and Jupiter. Because of the chaotic internal structure of the meteorite, no two dials will look exactly the same. The artisans at Jaeger-LeCoultre painstakingly carve numerous plates from the meteorite before finding one that meets the brand’s demanding aesthetic standards. The result is a mesmerizing dial marked by a seemingly random pattern of metallic veins.

Like all watches in the Master Calendar collection, the meteorite-dial versions feature an annual calendar and a moon-phase indicator. The month and the day of the week are represented by jumping indicators, while a crescent-tipped hand mounted on the central timekeeping column points to the date. The moon-phase display appears on a subdial positioned at 6 o’clock, which also displays the seconds. The Master Calendar is available with either a steel case ($12,400) or a rose-gold case ($23,900). (jaeger-lecoultre.com)