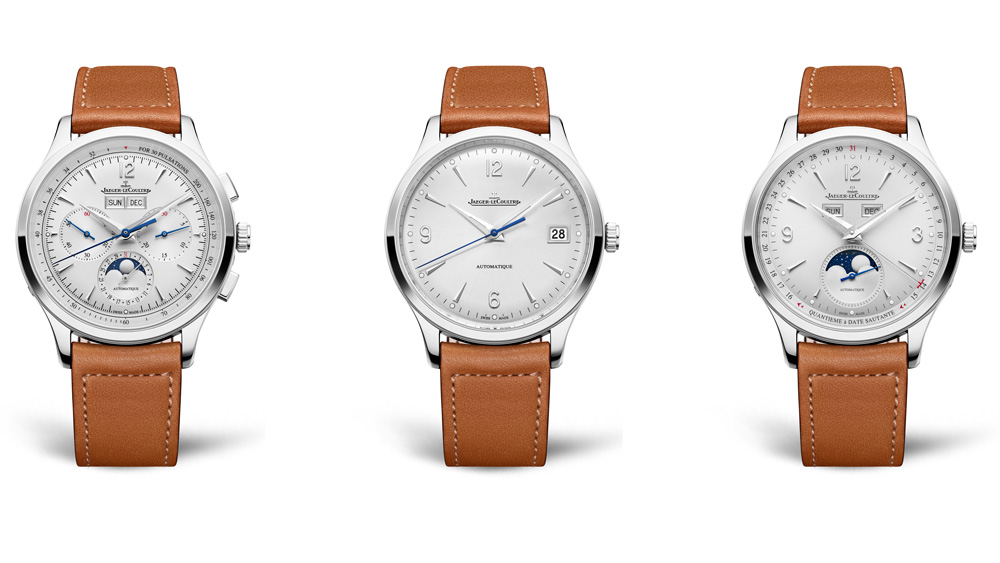 Jaeger-LeCoultre’s new Master Control models, which made their debut at the online edition of Watches & Wonders, revisit a collection that was introduced in 1992 to showcase the watchmaker’s rigorous testing protocols: The name refers to the brand’s “1000 Hours Control” certification, which involves testing the entire cased watch (not just the movement).

The relaunched pieces—which include a $6,750 Master Control Date model that comes in a 40 mm steel case as well as a Master Control Calendar model available in a 40 mm case made of either steel ($11,000) or a new pink gold alloy, “Le Grand Rose gold” ($22,400)—are equipped with a next-generation version of automatic Calibre 899 that promises improved performance and liability thanks to the addition of a silicon escapement, a redesigned barrel and other energy-saving enhancements.

The Watches & Wonders online event also provided “the opportunity to unveil a new complication, the Master Control Chronograph Calendar encasing a chronograph and a calendar function,” Rénier said, referring to the collection’s most complicated model, available in either steel ($14,000) or Le Grand Rose gold ($25,600).

The design of the Master Control collection, the most classic offering in the watchmaker’s contemporary lineup, echoes elements found in models from its midcentury heyday, such as the Futurematic, Powermatic and Memovox.

The collection also features plenty of 21st-century flair, such as new Novonappa calfskin leather straps that can be changed without a tool; the new rose gold alloy, which includes a dash of palladium; sunray brushing on the silvery-white dial; bas-relief engravings on the back bezel; and a sapphire crystal case-back that offers a glimpse of the decorated movements.