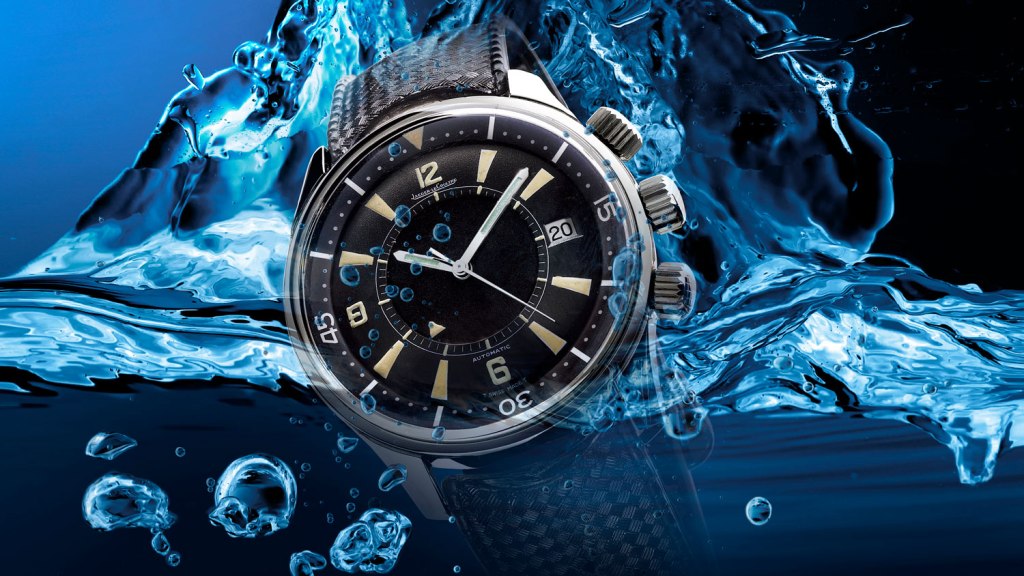 Jaeger-LeCoultre’s new Polaris Memovox is a timely update to one of its rare vintage classics. First introduced in 1968 as a diver’s watch, the Polaris Memovox was the Swiss luxury brand’s answer to that era’s newfound fascination with deep-sea diving. Wet suits became available to the masses in the ’50s, and films like James Bond’s Thunderball in the ’60s helped garner public interest in the pastime. The brand only made 1,174 of the Polaris Memovox, and they are now considered rare collectibles.

To celebrate the watch’s 50th anniversary, Jaeger-LeCoultre has re-created the timepiece in an even more limited run of 1,000. The Polaris Memovox is part of a collection of five timepieces that pay tribute to the original, which also includes a three-hand automatic, a chronograph, a chronograph world time, and the Jaeger-LeCoultre Polaris Date. While the other watches in the collection offer a mix of complications and new takes on the model, the Polaris Memovox is the hallmark piece for its vintage appeal as a near replica of the 1968 version. While Jaeger-LeCoultre also released an homage to the watch in 2008, the difference in the latest Polaris Memovox is that the hour markers are meticulously hand-applied rather than painted.

Staying true to the original, those dial markers feature vanilla-tinted Super-LumiNova™ Arabic numerals and trapezoidal indices, which mimic the Tritium material used in the ’60s, making for better visibility in the dark. The large triple crowns have been redesigned for better grip, making it easier to set the alarm, change the inner rotating bezel, and set the time. The 42-mm stainless-steel timepiece comes on a rubber strap with a folding buckle and is water-resistant up to 200 meters (approximately 656 feet).

The watch’s movement, known as the Calibre 956, features the striking mechanism of the alarm, with a gong and a central seconds and instant-jump, date-change system—a testament in itself to the test of time. The movement is assembled in-house at Jaeger-LeCoultre’s Swiss headquarters and has been in production ever since it was first created by the brand 60 years ago.