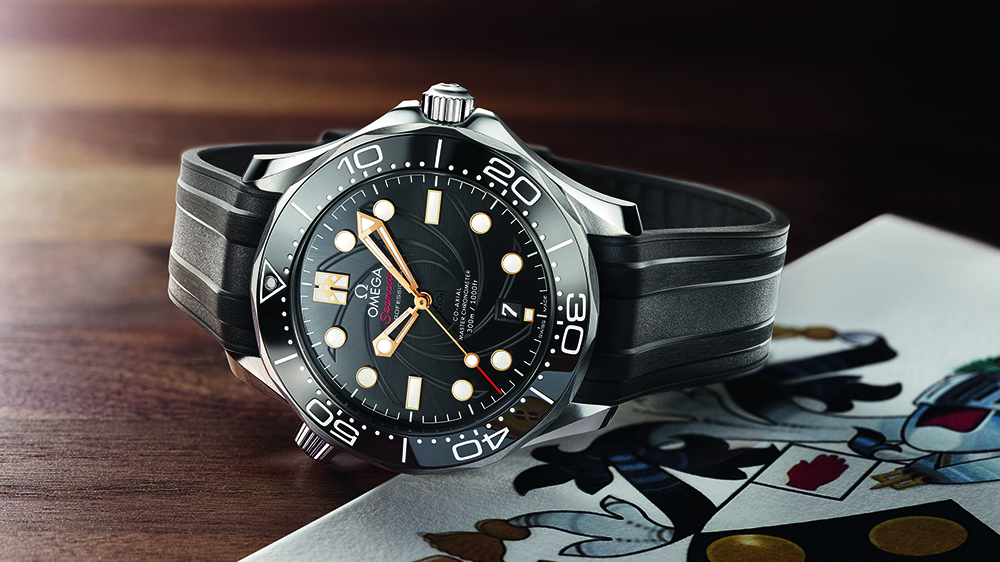 Part of the appeal of James Bond is that no matter how hard you try, you can never be as cool or capable as Ian Fleming’s famous super spy. But while that will forever remain the case, Omega is at the very least giving you a chance to wear a watch fit for Agent 007.

In honor of the 50th anniversary of the sixth film in the beloved franchise, the George Lazenby-led (and Steven Soderberg fav) On Her Majesty’s Secret Service, the Swiss watchmaker is releasing a limited edition Bond-themed timepiece. Dubbed the Omega Seamaster Diver 300M James Bond, the watch will be limited to a production run of 7,007 examples.

Just as important as Bond’s daring and hyper-competence is his sense of style, one that’s been honed to perfection and inspired countless men since the release of Dr. No in 1962. Because of that, anything worn by the character, whether he’s played by Sean Connery or Daniel Craig, needs to look good. And, sure enough, Omega’s limited edition Seamaster meets those lofty standards.

The stainless steel 42mm timepiece features a black bezel, black ceramic dial and a matching spiral-brushed gun barrel design—a familiar sight to anyone who’s ever seen any of the film’s iconic title sequences—on its face. Other details include hands and indexes crafted from 18K yellow gold, a black rubber strap and a date window that features the number seven in the official Bond font on the seventh of every month. Rounding out the impressive package is an 18K yellow gold plate engraved with each timepiece’s unique limited-edition number.

Omega’s relationship with cinema’s longest-running spy series goes back over 20 years, having produced timepieces for the character since 1995’s Golden Eye. In that film, the first to feature Pierce Brosnan in the title role, the character also wore a Seamaster Diver 300M.

The Omega Seamaster Diver 300M James Bond is available now in stores and online for $6,500.00. Check out more photos of the watch below: