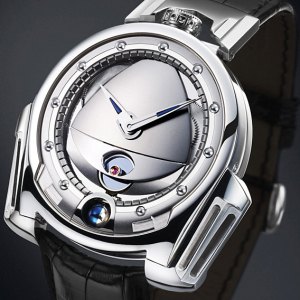 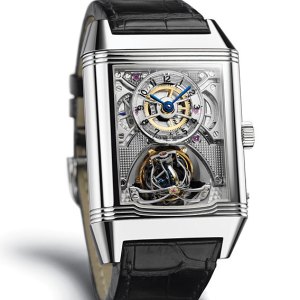 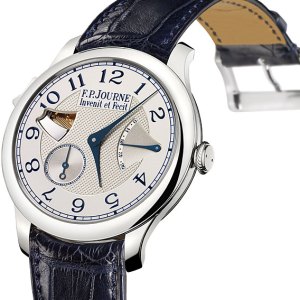 Robb Report’s contributing editor James D. Malcolmson offers his advice on building a watch collection, and reveals his favorite timepieces. He’s been covering the Swiss watch industry for more than 12 years, and has gained an insider’s perspective and appreciation of the art of fine watchmaking.

What is the best watch you have seen this year?

Watch enthusiasts absolutely love to rank watches, and because the industry indulges collectors with a regular cycle of novelties, I am asked this question more frequently than any other. You’ll get the precise answer to this question in Robb Report’s Best of the Best issue in June. But so I can’t be accused of completely dodging the question, I will tell you what I look for in the best watch each year.

Watches distinguish themselves not only by horological excellence, but by design as well. A truly great watch must have both. Today the bar for design is higher than it ever has been. Many designers are now going well beyond the traditional boundaries of Swiss design and are tapping into themes from a variety of other art forms and industries. At the same time, these pieces have to retain attractive and wearable proportions. Balancing these qualities is the essence of good watch design.

Engineers face a similar conundrum. Far-out complications are fascinating exercises, but movements are so much more compelling when they serve the essential function of a watch, which is to keep and display the time. As an example, I would point to the winner of this year’s Grand Prix d’Horlogerie de Genève, the Zeitwerk from A. Lange & Söhne, which is a great watch in anyone’s book. The movement with its rotating- card digital display serves both the design and practicality of display. The remontoire mechanisms, necessary to make the displays function, also aid its timekeeping abilities. Therefore, you have a watch with an original look and mechanics that offer a practical improvement.

How does this effect watch collectors and enthusiast at large?

As aficionados begin once again to feel comfortable spending on watches, they will be much more selective in their acquisitions. High-end watches rarely sell today on the basis of brand cachet alone. Collectors are looking for pieces with something special, and price is not necessarily so important. Even a moderately priced line like the Instrument series by Bell & Ross continues to be successful because of its original design.

What is your favorite watch made in the last ten years?

Of all the timepieces we have deemed as Best of the Best, the one that continues to return to my thoughts is the original Royal Oak Concept by Audemars Piguet. Released in 2002, the CW-1 set the pattern for so many of the top-level super watches that have since followed. The movement was a completely original interpretation of the tourbillon as a sports watch with a shock-absorbing suspension system and gear-shift winding system. The exotic alloy case with its modernist lines was derided by some as overly bulky, but today it can be seen as a prescient forerunner of 21st-century watchmaking.

What is your favorite genre of watchmaking or type of complication?

Personally, I am drawn to the chronograph over other types. While there are many more exotic and prestigious complications, a well-made chronograph, demotic as it might seem, easily captures what many of us value most highly in Swiss watchmaking. Philosophically, the chronograph’s function, to measure distinct periods of time, is perfectly aligned with the essential mission of timekeeping. And in practice, the development of a reliable and accurate chronograph movement is one of the most difficult challenges upon which a watch company can embark, more difficult, perhaps than many other more highly rated complications. Even the assembly of these pieces, particularly the older, lateral-clutch variety, demands much hand adjustment from the watchmaker. Such attention is a disappearing commodity in watchmaking, yet that expert handwork remains a critical part of the emotional satisfaction in owning a high-level watch. In chronographs, that satisfaction is physical as well, as you can feel a precisely adjusted piece in the buttery action of the pushers.

What has been the most important development in modern watchmaking?

Ironically for an industry that puts such a premium on handcraftsmanship, the most important change in watchmaking is undoubtedly the computer. Twenty years ago, movements were still being designed with pen and paper, using designs and ratios that had been handed down for generations. Computer-assisted design interfacing with computer-controlled numeric (CNC) machinery has changed everything. Development time in creating new mechanisms has been drastically shortened. More importantly, technical development staffs can now integrate with professional designers, enabling much more complicated and unorthodox projects to be realized. In many ways, the modern design revolution we have seen in the last few years is the direct result of the computer. The effect of the technology, however, is not always so rosy. Computer-savvy movement development specialists are now far more strategically important than the actual watchmakers, whose tasks have become increasingly rote. Furthermore, the technology has put the ability to create manufacture (in-house) movements within the reach of companies who would have been previously unable to make them. Only time will tell whether we have entered a renaissance of movement making or an era in which manufacture movements have become a commodity.

How would you advise someone who is just beginning to build a watch collection?

Watch collecting is a long process of learning, and therefore it is important to realize that most collectors’ tastes will change quite a bit over the course of time. Many young enthusiasts, once they discover the wide array of brands beyond the widely recognized marques, naturally gravitate to fashion-forward, design-intensive brands like Panerai and Hublot. Conversely, many older, experienced collectors find themselves drawn back to that narrow group of brands that can boast strong performance on the resale market. There is nothing wrong with either school of thought, provided you approach the purchase with knowledge not only of the watch in question, but of you yourself as a collector. Imagine the possibility of your taste evolving in a few years. If the idea of “investment” has entered your thinking about the watch in front of you, you should study the resale value of the piece and factor that into the cost of the watch. Resale should never hamper your enjoyment of a timepiece, either at the time of purchase or at any other point in the future.