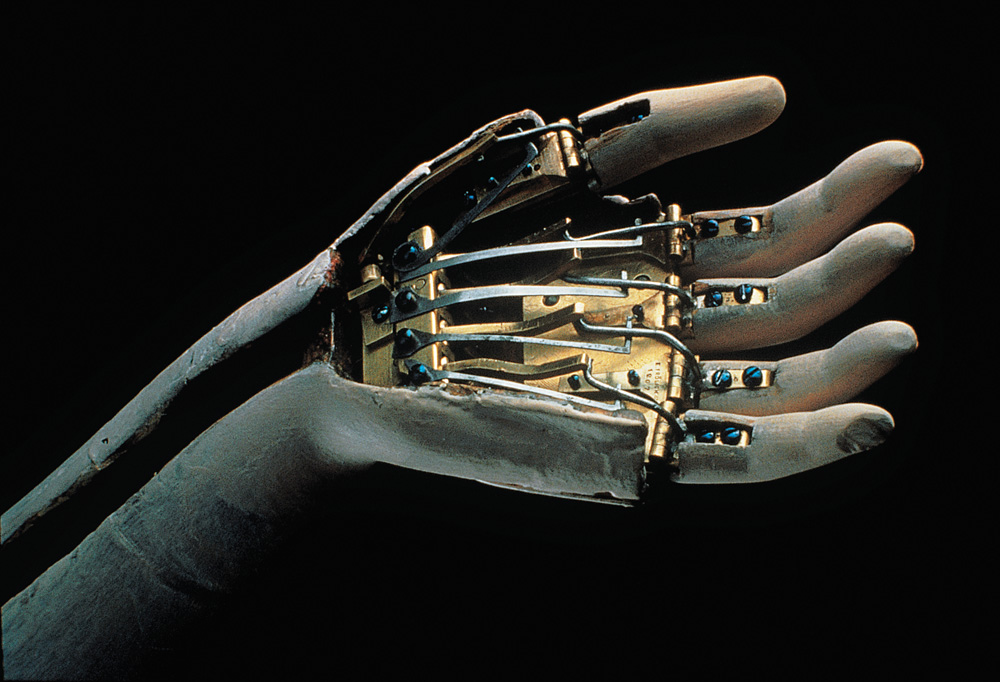 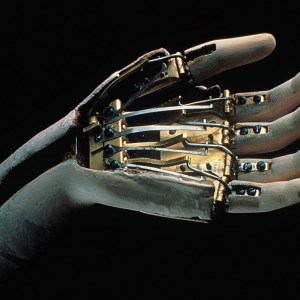 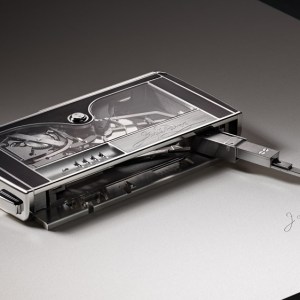 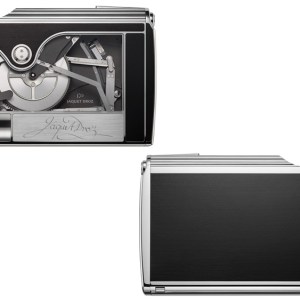 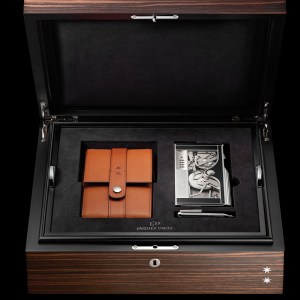 Based in switzerland’s Jura region, boutique watch manufacturer Jaquet Droz takes its name from one of the most overlooked and technically sophisticated historical legacies in the industry. “The idea was to create an emotion, which I call astonishment,” says Christian Lattman, CEO of Jaquet Droz, about the work of Pierre Jaquet-Droz and his son Henri-Louis, who did indeed manage to astonish European aristocrats in the mid-to-late 18th century with the construction of a series of superbly complex automata—mechanical figures that could draw, write, or even play music.

However, Lattman’s description could also easily apply to the activities of his company today, which has produced large-scale mechanical objects along with its watches since it was resurrected under the aegis of the Swatch Group in 2000. This year, the brand displayed its ongoing commitment to the creation of automata with the release of two impressive mechanical objects: the Whistling Machine and the Signing Machine.

“We see that there is a really high demand of these very exceptional pieces,” says Lattman, “but it’s more than just a strategy; it’s a spirit. Only a few people know about our brand, and so every time we produce something incredible like the Signing Machine, it’s also like an ambassador” for the ability to surprise and enchant that infuses the brand’s work.

These mechanical conversation starters have come in various sizes during Jaquet Droz’s modern incarnation. Shortly after the company’s reconstitution, its engineers began work on the Time Writing Machine—an elaborate, nearly two-foot-high construction of cams, springs, and levers that would whir and spin once activated, guiding a mechanical arm to write the current time on a small sheet of paper. The project took years to complete, and the finished machine was finally presented in 2009.

Subsequent homages to original Jaquet Droz automata were realized within the confines of the company’s wristwatches, including a series of minute repeaters with dial automata that move during the strike sequence. More impressive was the Charming Bird—unveiled in stages between 2013 and 2015—which featured a painstakingly decorated animated bird that would flutter and whistle on command. Aesthetically
and mechanically, the piece approximates the box-mounted singing birds built by Pierre Jaquet-Droz and his son, which were widely imitated by other watchmakers of the day.

The Whistling Machine ($157,500) debuting this year is actually a large-scale reconstruction of the Charming Bird movement. Like its historical predecessors, it employs an air cylinder and a piston to produce sound. For modern watch collectors tired of seeing the same classical mechanical constructions used in typical timepieces, the mechanics of the Whistling Machine are both refreshing and captivating. And, like other mechanical objects gaining in popularity, the Whistling Machine—limited to just eight pieces worldwide—adds the elements of display and sharing to its already potent combination of qualities.

Impressive though they are, these modern pieces pale in comparison to the three lifelike automata the 18th-century father-and-son duo made with collaborator Jean-Frédéric Leschot in the relatively brief period between 1759 and 1774. The three figures—the Writer, the Draughtsman, and the Musician—solidified Jaquet Droz’s reputation for mechanical mastery by performing lifelike tasks such as writing notes, drawing detailed pictures, and playing a miniature organ.

The scope of the mechanical achievement behind these figures was groundbreaking. The three co-creators analyzed true-to-life movement and succeeded in replicating it with systems that fit inside the bodies of these early androids. The mechanical brain that controlled the movement was a stack of revolving steel cams, each triggering and limiting a part of the system. These could be adjusted and replaced, enabling a new message, picture, or melody. While their purpose then was to entertain, there is a clear thread linking them to our current understanding of robotics and computing.

The modern objects created by Jaquet Droz retain the mechanical spirit of their forebears by utilizing traditional techniques and constructions. Many of them also share another important quality: the touch of independent constructor François Junod, whose collaboration with the brand goes back to its refounding in 2000. Based in Sainte-Croix, Switzerland, Junod is a specialist in automata and the most comparable living talent to Pierre and Henri-Louis Jaquet-Droz. The historical work of the duo has naturally had a profound influence on Junod and some of his own machines, including a 3,548-component automaton of Alexander Pushkin (capable of writing 1,458 different poems), which both approximates and updates the Jaquet-Drozes’ achievements. But he is also an artist in his own right, and much of his work veers far from the traditional paths laid in the 18th century. He has an affinity for computers and robotics, which he believes will provide new avenues for furthering his craft.

The Signing Machine (from $367,500), another collaborative effort between Junod and Jaquet Droz, could be viewed as a link between the two extremes of historic artistry and future technology. Contemporary in both form and function, the Signing Machine might be construed as a desktop convenience for someone whose signature is in constant demand. It is small enough to be portable, yet has been given weight and a modern finish to sufficiently convey its complexity and value.

Inside, however, the mechanics have much more in common with the traditional Jaquet Droz automata. The smooth action of the signing arm is controlled by cams, just like the historical versions. As you would expect from a signature machine, each must be customized both aesthetically and mechanically. Junod will design the cams to replicate the signature of each client, and due to the sensitive nature of the task, the plans will be securely stored by Jaquet Droz.

Given the intense interest in these specialty pieces, Jaquet Droz seems to have found some room to grow while staying true to its original founders. “More than 250 years ago, Jaquet Droz tried to be different from the others through creativity,” says Lattman. “Now we are keeping the same spirit, which is really unique because our spirit is astonishment. It’s creating automatons.”