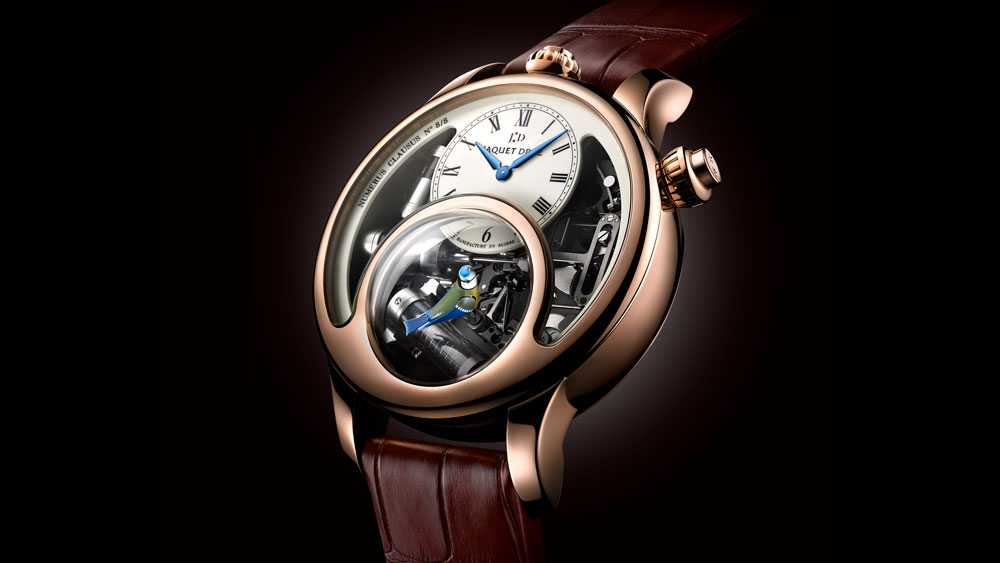 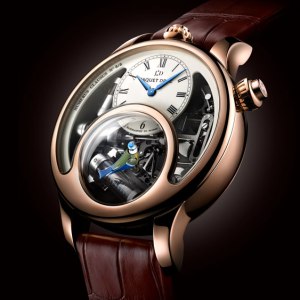 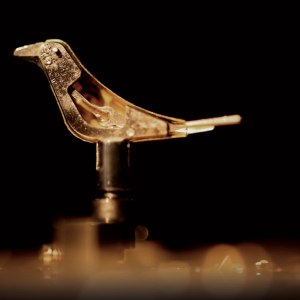 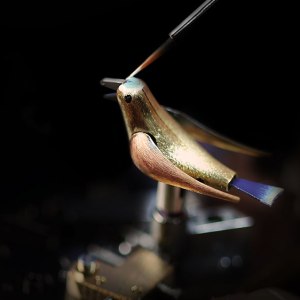 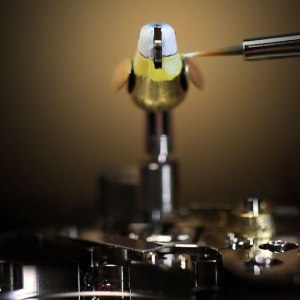 Jaquet Droz’s expertise in automata dates back to the company’s inception 280 years ago. Pierre Jaquet-Droz and his son Henri-Louis made a business of creating what were essentially the equivalent of modern robots to wow European aristocrats in the 18th century. They included everything from mechanical figures that could draw, write, or play music—a tradition the company carries on well into 2018. Earlier this year, the company unveiled a customizable mechanical device that can sign signatures or messages in any language, a new tropical bird automata minute-repeater wristwatch, and a one-of-a-kind minute-repeater pocket watch featuring two moving parrots in an exotic setting. Now the watchmaker has just unveiled two new versions of its Charming Bird automata timepieces, limited to just eight pieces each in red gold and white gold with an ivory Grand Feu enamel dial.

The company refers to these exceptional creations as the “art of astonishment,” and indeed these pieces take an incredible amount of detail and hours to create and are often years in development before coming to market. The Charming Bird timepieces, first introduced by Jaquet Droz in 2013, are the first-ever wristwatches to feature a singing bird. The mechanical creation is typically seen only in museum or collector’s pieces, like 18th-century gilded snuff boxes and ornate toy pistols that would spit out a bird when triggered.

Housed in a case creating Jaquet Droz’s signature figure-8 aesthetic—with one circle formed by the case encircling the singing bird beneath the sapphire crystal dome, and the top circle formed by the hour and minute hands—the aesthetic adds a modern touch to a centuries-old marvel. Two separate mechanisms operate inside, with one powering the hours and minutes and the second powering the chirping singing bird. When activated by a pusher at two o’clock, the bird springs into action, twirling and chirping for 40 seconds thanks to a magnetic speed control that regulates the animation and melody and minimizes the noise from the power distribution, isolating the bird’s song in the acoustic space. The melody is generated by air compression inside three sapphire crystal tubes, which is released intermittently through a whistle to produce the bird’s melody.

The movement can be admired through the openworked dial, while the back of the case features a solid plate engraved with an image of a bird and the individual serial number of the timepiece. The latest singing bird timepieces are more modern in appearance than their 2016 predecessors, which featured a hand-engraved, hand-painted, decorative mother-of-pearl dial featuring a scenic Swiss countryside scene ($430,500).

The two new timepieces are priced slightly less—and just ever so slightly—than the 2016 versions, retailing at $399,000 in both red gold and white gold.