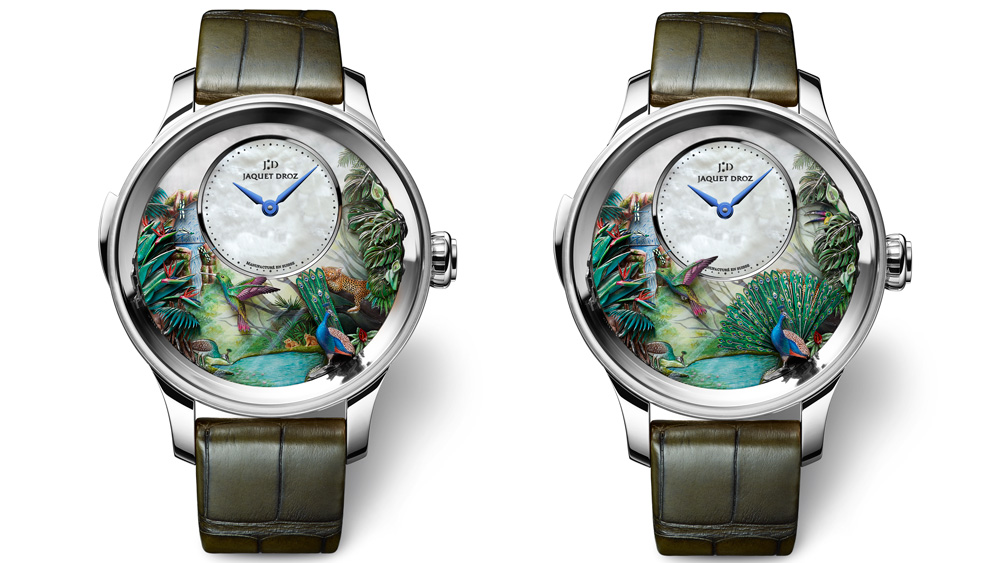 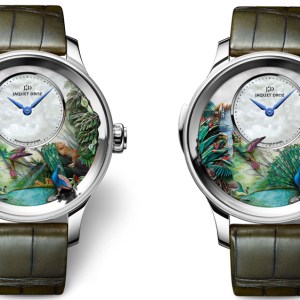 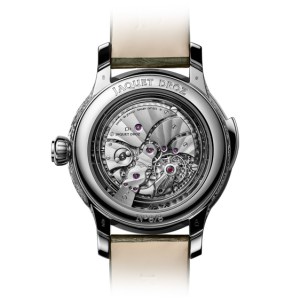 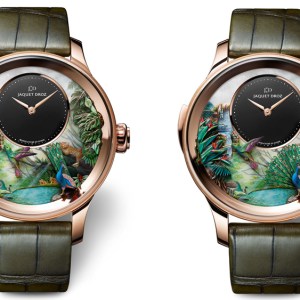 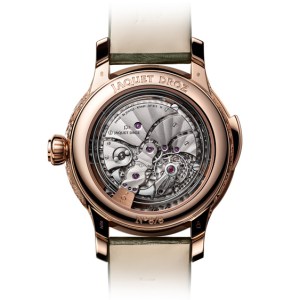 It’s difficult, if not impossible, to distinguish horological art from horological science in the new Tropical Bird Repeater from Swiss watchmaker Jaquet Droz. Not only is the limited-edition timepiece a canvas for a hand-engraved and hand-painted scene of a tropical forest in all its vibrant splendor, but it also features one of watchmaking’s most revered complications: the minute repeater.

The 47 mm wristwatch—now available in an 18-karat white gold edition and limited to eight pieces ($661,500)—is a fitting tribute to Jaquet Droz’s 280th anniversary. Founded in 1738 by Pierre Jaquet-Droz, a clockmaker in La Chaux-de-Fonds, the firm has long specialized in creating automata, fanciful mechanical devices that operate according to predetermined sets of instructions. The Tropical Bird Repeater, which belongs to the brand’s Automata collection of watches, takes the specialty to new heights.

In total, seven animations lasting about 12 seconds bring to life the white mother-of-pearl dial with a verisimilitude that is simply extraordinary. They include a flowing waterfall; a hummingbird buzzing toward a shock of bright orange birds of paradise, its wings beating up to 40 times a second; a toucan emerging from palm leaves at three o’clock; the iridescent blue-green tail of a peacock opening and closing at five o’clock; and three dragonflies at nine o’clock whose glow-in-the-dark wings owe their magical appearance to a coating of Super-LumiNova.

“We wanted to create a watch with a completely new animation, something that is totally different from what we see in the watchmaking industry,” says Jaquet Droz CEO Christian Lattmann. “It took Jaquet Droz’s master craftsmen three years to create this poetic Tropical Bird Repeater, which is the most complicated automaton we have accomplished. The automatons are the perfect illustration of the art of eliciting surprise and emotion through exceptional timepieces and impressive animations.”

The hand-wound mechanical movement has a 60-hour power reserve. The off-center hours and minutes are displayed on a black onyx subdial, and the watch comes on a rolled-edge, hand-made, dark green alligator strap.