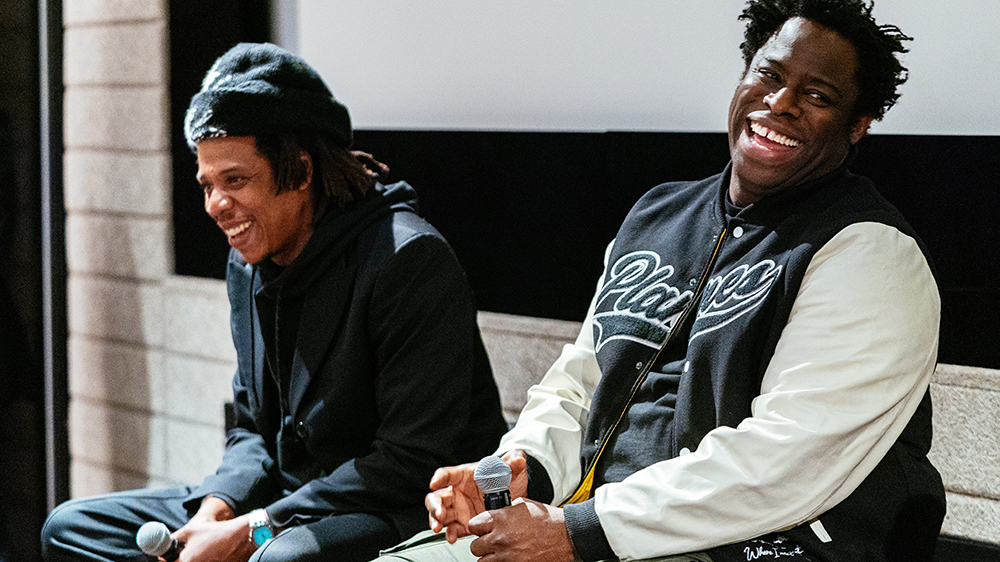 Are you frantically searching for a way to get a hold of the just-dropped Tiffany Blue Patek Phillipe Nautilus? It might help to have a working relationship with one of the brands.

Case in point: Just eight days after it was introduced to great fanfare, musician and businessman Jay-Z is already wearing the hype-inducing timepiece. He showed it off earlier this week while hanging out with The Harder They Fall director Jeymes Samuel at a special screening of the film, which he produced, on Tuesday in Los Angeles. Although the legendary rapper is a serious watch collector, one has to assume his role as Tiffany & Co. brand ambassador helped in acquiring the timepiece.

Patek sent shockwaves through the watch world when it announced the Nautilus Ref. 5711 in Tiffany & Co. blue last week. The special release features a bright blue dial and is limited to just 170 pieces, one for each year the Swiss watchmaker and American jeweler have worked together. It’s also the final Nautilus Ref. 5711, following Patek’s decision in January to discontinue the ultra-popular timepiece because the frenzy surrounding it had gotten out of control.

Because of the watch’s limited production run and historical significance, it’s hard to think of a more in-demand watch from 2021. You’ll need an extensive buying history with the watchmaker to even have a chance of buying the timepiece at its retail price of $52,635. It’s partially because of this that the watch sold for an astonishing $6.5 million (a total that included the buyer’s premium) following a fierce bidding war at Phillips’s record-breaking 2021 New York Watch Auction this past weekend.

We don’t know for certain, but we’d guess Jay-Z didn’t have to pay anywhere near that much for his Tiffany Blue Nautilus. In August, the rapper-turned-entrepreneur and his wife, Beyoncé, signed on to be the faces of the LVMH-owned jewelers’ fall ad campaign. Tiffany & Co. did not immediately respond to a request for comment from Robb Report.

Even if he wasn’t a Tiffany brand ambassador, we have a feeling Jay-Z would’ve found a way to get his hands on the ultra-exclusive timepiece. In recent months, rap’s first billionaire has shown himself to be a true watch lover, especially where rare Patek Philippe pieces are concerned. Just look at the $2 million Grandmaster Chime ref. 6300G he wore to Diddy’s 50th birthday bash or the $300,000 Sky Moon Celestial Ref. 6102P he wore whle watching Super Bowl LIV.