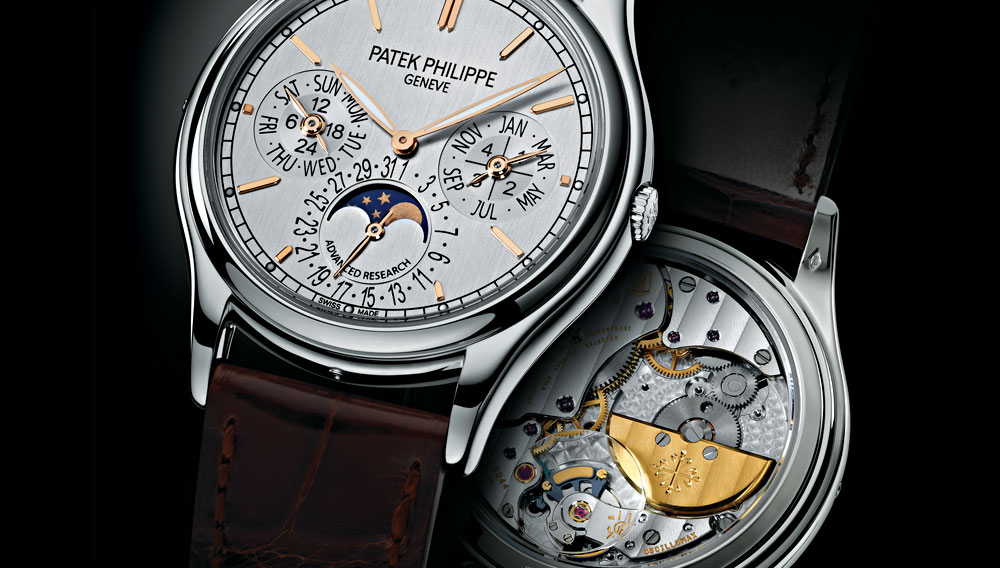 Even if his accomplishments were limited to bringing silicium parts technology to Patek Philippe, Jean-Pierre Musy, the company’s longtime technical director, would have a fascinating story to tell. In fact, his work with these components, which promises wholesale changes to mechanical watchmaking techniques and performance, is of a kind with his previous work. Perhaps more than almost anyone else in the industry, Musy has had a front-row seat to an immense transformation as watchmaking struggled for relevancy in the modern era, and was itself radically changed by modern technology. Coming into his own just after the quartz crisis of the 1970s, Musy was the first of a new breed—the movement developer—a position that has gradually superseded the watchmaker as the font of creativity in the craft.

Patek Philippe was an ideal setting for such an experience, because in the economically devastated watch industry of the early 1980s, it was one of the only companies to retain a functioning high watchmaking department in the old style. “Back then, watchmakers had a notion of how to design a new mechanism, but they would not work from drawings,” says Musy, who was hired as an engineer from Omega, where he worked on ultrathin movements meant to compete with quartz. “They would use a compass and a file and saw and adjust the parts until they worked.” Musy recalls being set up at a lonely drafting table amid the watchmakers, several of whom derided his work as a waste of time. Fortunately he also received encouragement, particularly from then-CEO Philippe Stern, who inspected the constructions and allowed the new methods to proceed.

Much of Musy’s early work went into Caliber 89, the supercomplicated statement piece Stern had commissioned for the company’s 150th anniversary in 1989. When the design for the piece was being done several years before, computer-guided machinery was just beginning to enter the production process. By 1986, computers had become an integral part of Musy’s development process, a tool which is now the central organ of every development department across the industry.

Musy’s learning from watchmakers continued, as did his embrace of numerical analyses, which were critical to his experiments with silicium technology (to which he was introduced by a colleague in 2000). Patek Philippe was first to market with a silicium hairspring and a silicium lever escapement, both of which will be slowly integrated across company production in the next few years. “When watchmakers adjust a classic hairspring, they bend it in different places,” he explains. “We had to learn how they were adjusting it for low amplitude variations, and also how to make it move concentrically. We had to simulate all this with a computer and confirm it with a high-speed camera.”

This year Musy completed Oscillomax, an entirely silicium version of the watch’s regulating organ, including escape wheel, pallet fork, balance wheel, and hairspring. The qualities of the material contribute in different ways, from the temperature compensation provided by the oxidation process to the microscopic wear on the edges of the balance, which improves aerodynamic efficiency. The complex patterns made possible by the technology prompted Musy to sculpt a latticelike escape wheel that absorbs shocks.

Musy is well aware of the gravity such developments—particularly as they are made standard practice—can have at a company as rooted in tradition as Patek Philippe, where watchmakers once played a far more personal role in adjusting each watch. “It is heartbreaking to see the watchmakers who are told, ‘You don’t touch it anymore, you install the spiral [hairspring] and you can only place it at the right height and alignment,’” he says of the new Spiromax hairspring. “At the end of the day, when the watchmakers saw the results, they were sold on the hairsprings.”

Patek Philippe is often labeled traditionalist and conservative, particularly when one considers the radical designs put forward by new watchmakers in recent years. But Musy’s three-decade career at the company is a stark rebuttal to this notion. His consistent embrace of change has followed the edge of technology, and he grows visibly animated as he describes his motivation. “I have always wanted to know what comes next or what we can do better, with better technology,” he says. “One cannot innovate within a traditional approach. I require engineers who have broader ideas. That I find totally compelling.”