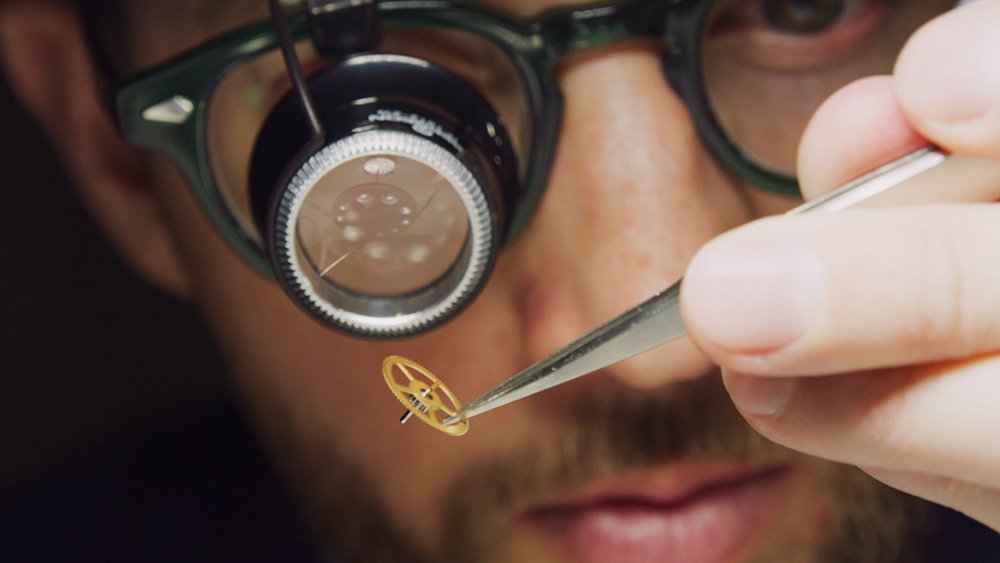 A new full-length film is attempting to do what no one has done before: capture the magic of artisanal watchmaking.

After purchasing his first watch, a Tudor Black Bay 36, five years ago, documentary editor and first-time director Michael Culyba realized he was woefully uninformed; he didn’t know the difference between a mechanical timepiece and a quartz-operated watch. So he put in the time, visiting the Horological Society of New York (HSNY), taking watchmaking classes and reading up on the subject.

“I just became totally intrigued by the mechanics and how small they were,” he says. “And then I thought, ‘Why has no one ever made a feature documentary about this?’ I couldn’t believe it.”

Four years later, his new movie, Keeper of Time, debuts next month on Vimeo. Through a series of interviews with high-profile watchmakers, collectors and dealers, Culyba presents a compelling case for the craft of telling time through a technology that’s been archaic for decades. Horophiles will recognize many of the faces in the film, including François-Paul Journe, Philippe Dufour and Roger W. Smith, regarded as among the greatest living watchmakers. But even aficionados stand to learn a few things. Culyba also takes a turn into the existential, exploring the nature of time and what, exactly, it measures; it allows the film a fascinating discursion examining humanity’s enduring obsession with physical existence. Here, in an interview that’s been edited for length and clarity, the filmmaker discusses his inspiration, biggest filming moments and still-growing obsession. (The documentary can be purchased for $15 at keeperoftimemovie.com.)

This is your first full-length feature film. Why watches?

I had always wanted to make my own film. I was looking for the subject matter where I was willing to commit years of my life and blood, sweat and tears, and be passionate enough to do that. It was really when I bought my first watch. At the time, I was so green. But I just ended up going down the rabbit hole to find out how these things work.

How many watches do you have now?

Probably in the range of 10 or 15. I have two other Tudors, the GMT and a vintage Tudor Prince Oysterdate jumbo size. I have a Nomos. I have a bunch of Swatches and I have four or five Seikos. It kind of spiraled out of control, I guess.

You have some very big players in the watch industry in the film. How did you get connected?

I had started filming in New York using my own money, but when I met [executive director of HSNY] Nick Manousos, he told me we could get François-Paul Journe. Nick introduced me to just about everybody to get this going. Once I interviewed François-Paul Journe and realized this was going to be a feature film, I realized I needed money to film in Switzerland and Europe and all over the place. So I decided to do a Kickstarter and people really ended up finding me [there].

What was your most memorable moment during filming?

To spend the entire day with Philippe Dufour. He was super generous and voluntarily offered to show himself polishing a screw sink or doing anglage [chamfering the edges of watch components]. That was a huge highlight because he’s a living legend.

Watchmaker Philippe Dufour in his atelier.  Courtesy of Michael Culyba

The film is ambitious in the way it attempts to tackle the entire scope of time. Was that always the plan?

It definitely started with watches. But for the film to work, it needed this sort of deeper layer of exploring what time is, our mortality and our finite time on the planet.

Why did you decide to mostly focus on independent watchmakers?

The independent watchmakers are doing everything by hand from start to finish. This artisanal, handcrafted approach is where that romance really lies.

A William Andrewes sundial located at the Pomfret School in Pomfret, Connecticut.  Courtesy of Michael Culyba

Did you feel a kinship with them, since you made your film independently?

Roger Smith spent two years making a watch and took it to George Daniels, who said, “Get this out of my face, this is not good. Come back to me with another watch.” Smith’s story of then spending five and a half years working seven days a week, 12 hours a day, remaking it in his parents’ basement until he literally couldn’t improve it anymore, is inspiring. If he can do that over the course of five years on a single watch, I can certainly make a film. You just keep going.