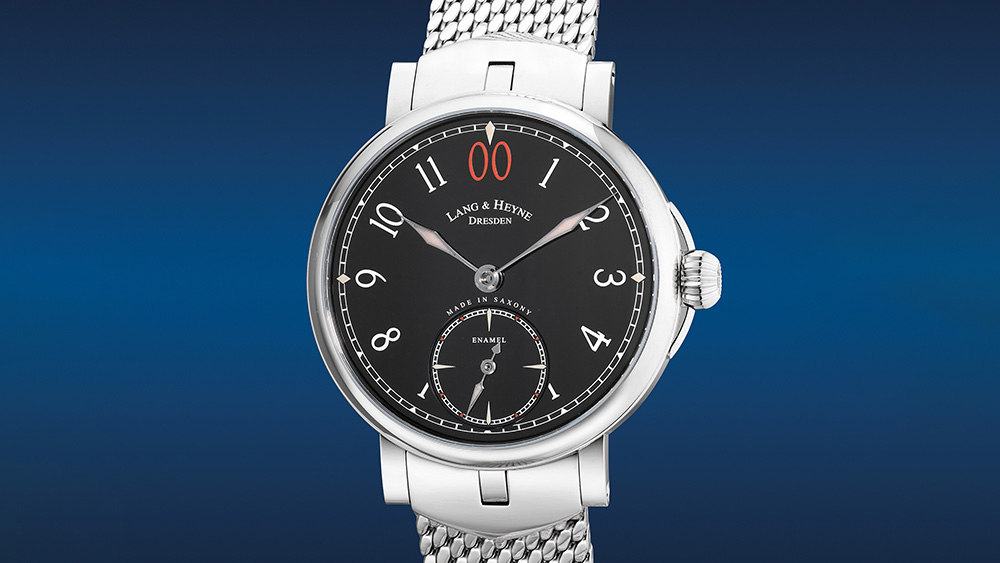 Lang & Heyne only makes about 80 watches a year, so just about all of them could be called rare. But an even more unique timepiece from the German watchmaker is about to go up for grabs.

The one-of-a-kind Friedrich II Remontoir Prototype 00 will be offered at Phillips’s Hong Kong Watch Auction: XIV, taking place on May 27 and 28.

Made in 2021, the watch is a real stunner—and it’s as magnificent on the inside as it is on the outside. Lang & Heyne created a whole new movement for the watch, marking the first time the brand has integrated a Remontoir mechanism into the engine. The movement is also made of titanium, which is rare because of the difficulty it takes to manufacture and process the metal. It was finished in a warm gray shade that pairs handsomely with the beautiful purple screws.

A look inside the watch  Phillips

In contrast to the intricacy of the movement, the watch’s face is rather simple. The black enamel dial is offset by pops of red in the index 00 and the second indexes, which were filled by hand with Super-LumiNova. The glow-in-the-dark pigment is also used in the watch’s hands, giving them a slight sheen as well.

The bracelet was designed exclusively for the watch, too. It’s made of stainless-steel Milanese wrap knitted fabric, and can be adjusted with individually removable screws. “The present timepiece is seductive and offers a tremendous combination of breakthroughs for any discerning collector,” the auction house said in a statement.

It even looks good in profile.  Phillips

The Lang & Heyne timepiece is expected to fetch more than $59,000 at the auction. Other independent watchmakers, such as Richard Mille and F.P.Journe, will also have timepieces crossing the block, with estimates for some reaching into the low six figures.

If you’re looking buy a one-off timepiece below the six-figure mark, though, the Lang & Heyne’s Friedrich II could be a your collection. That is, unless covetous bidders don’t have something else in mind.