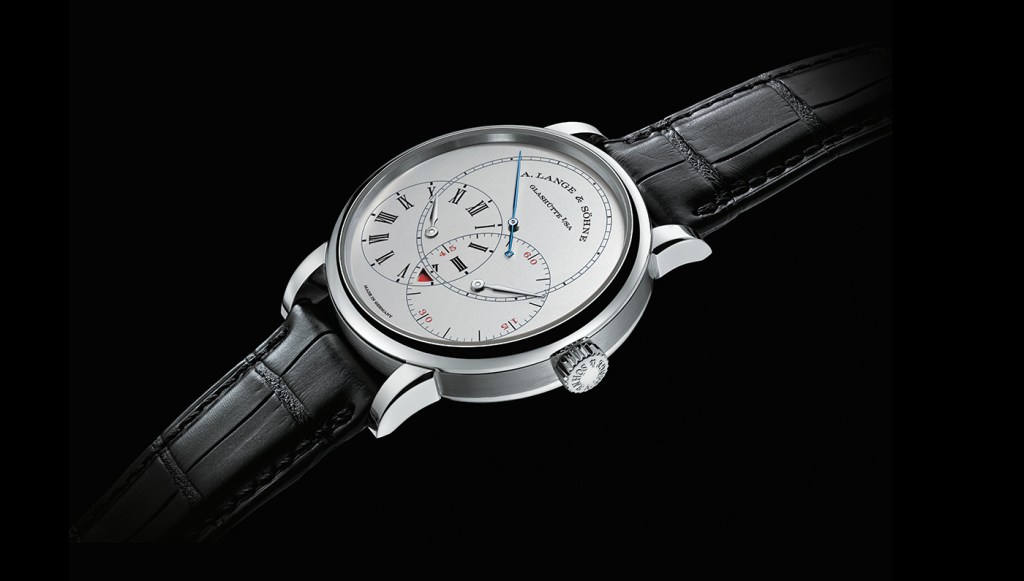 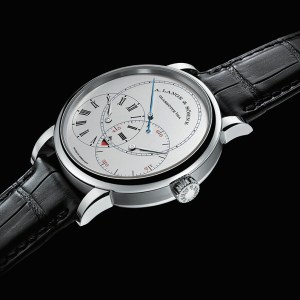 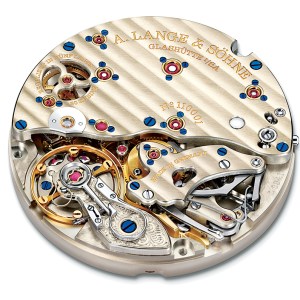 “I like the fact that it makes people ask why you would pay $80,000 [€78,000] for a three-hand watch,” says A. Lange & Söhne’s director of product development, Anthony de Haas, referring to his latest creation, the Richard Lange Jumping Seconds (alange-soehne.com). It is indeed far more complex than its spare appearance suggests. The Jumping Seconds takes its peculiar triangular regulator-dial layout from an early-19th-century German pocket watch, and makes use of a constant-force mechanism—a light remontoir spring that discharges each second. It provides a steady energy supply even as the mainspring begins to wind down, creating the aesthetic of a jumping hand. This elegant combination might have made a merely satisfactory watch were it not for the fact that de Haas endeavored to include a version of the brand’s zero-reset setting function, to synchronize the watch through the crown. The function required a separate gear train and a double vertical clutch to smooth out the spasmodic forces generated by the mechanism. The complexity is not something most people will appreciate, but as de Haas explains, that is the point: “It’s not a commercial piece. It’s really for the sake of watchmaking, and that is what we do.”

A lightweight spring discharges a steady amount of force to the escapement each second.

An elaborate double vertical clutch with reset hammer precisely stops and zeros the lightweight seconds hand as the crown is pulled.

Attached to the escapement pinion is a five-pointed star that actuates a separate gear train linked to the seconds hand.

Hidden under the three-quarter plate is a thin lever called the flirt, which revolves once a second, precisely started and stopped by the star.