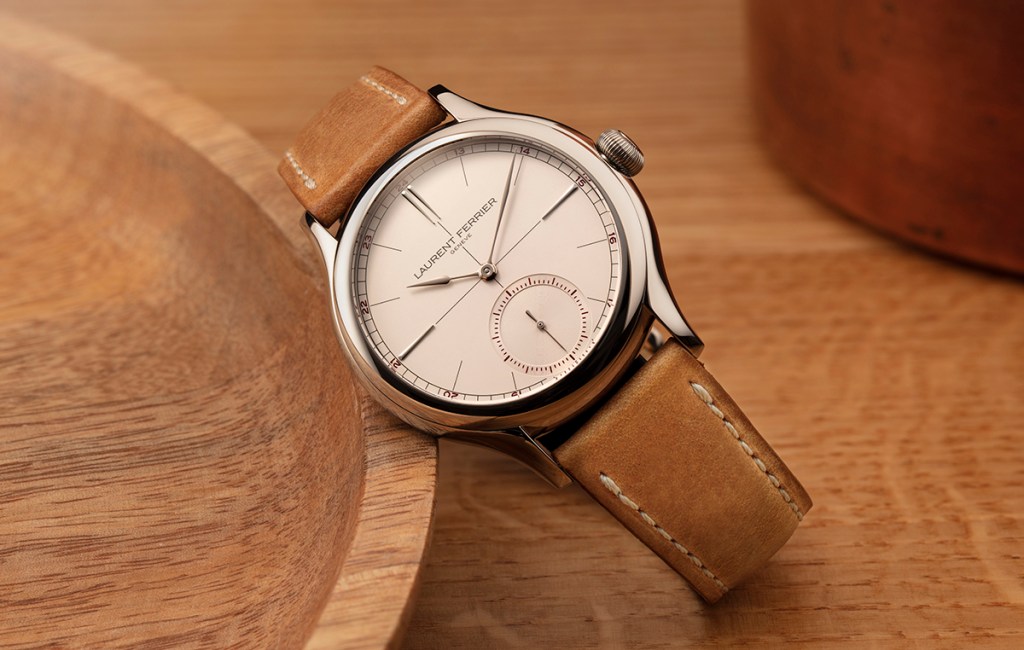 To honor the 10th anniversary of his eponymous brand, the independent Swiss watchmaker Laurent Ferrier—celebrated by collectors for his timeless designs—has created a deceptively simple timepiece.

The Classic Origin Opaline is a three-hand watch with a spare, elegant silvery-white opaline dial. Instead of housing the 40 mm model in gold, or even steel, Ferrier chose Grade 5 titanium, marking the first time his company has used the space-age material. Even though the watch has none of the bells and whistles you’d expect from a master watchmaker of Ferrier’s caliber—no tourbillons or perpetual calendars, not even a chronograph—its sobriety is, in and of itself, something special.

The model is a re-release of the Classic case that earned Ferrier so much attention upon his debut on the independent watchmaking scene in 2010, the same year his Galet Classic Tourbillon Double Spiral nabbed top honors at the Grand Prix d’Horlogerie de Genève (GPHG), watchmaking’s answer to the Oscars. (Ferrier, however, was no newbie to this world; he’d spent four decades at Patek Philippe prior to going it alone.)

As with previous models, the Classic Origin Opaline bears a few signature elements that have come to define Ferrier’s work, notably the Assegai-shaped hour and minute hands; an hour track, in slate grey, punctuated by burgundy-colored numerals (to enhance legibility); and a small snailed seconds display, featuring a baton-shaped hand positioned above 6 o’clock. The hands are all made of 18-karat white gold.

Beneath its cool exterior—and visible through an exhibition caseback—ticks the brand new hand-wound Calibre LF 116.01. The movement is equipped with a free-sprung balance, a Breguet overcoil and a long-blade ratchet system that lends the timepiece “an inimitable sound, characteristic of the most demanding timepieces,” according to the watchmaker.

When fully wound, the Classic Origin Opaline runs for 80 hours. The model comes on a light brown Barbialla calf leather strap, lined with Alcantara, and retails for CHF 28,500, or about $30,275.