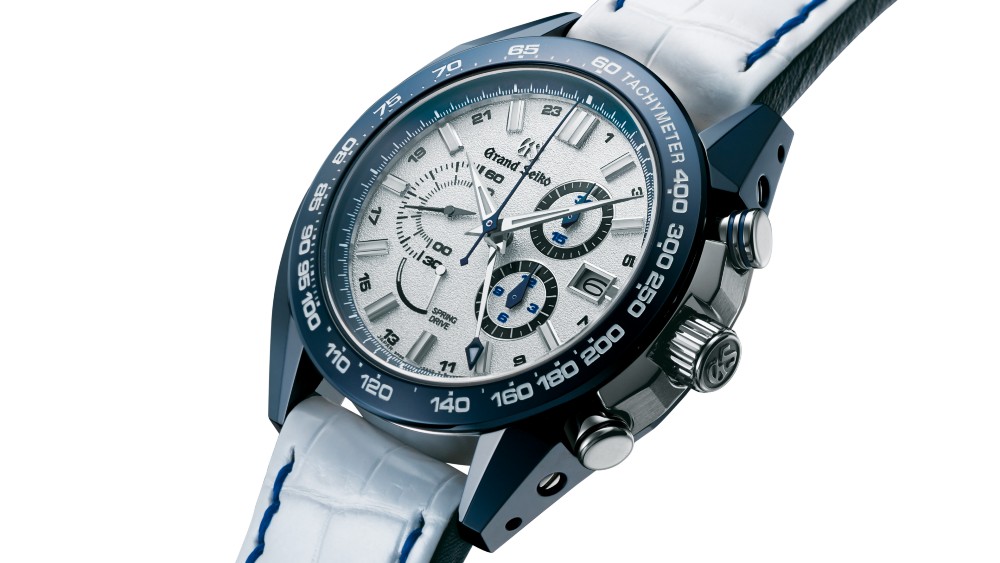 Two of Japan’s most famous brands, Grand Seiko and Nissan, are teaming up to celebrate two very important milestones this summer.

The watchmaker has just released a limited-edition timepiece in honor of the 50th anniversary of one of the country’s most famous cars, the GT-R, which happens to coincide with the 20th anniversary of Seiko’s game-changing Spring Drive movement. Limited to just 200 pieces, the chronograph takes its design cues from the special anniversary edition of the GT-R that was unveiled at the New York International Auto Show in April.

“A new creation in the Grand Seiko sport collection pays homage to an emblematic Japanese classic, the Nissan GT-R, which celebrates its 50th anniversary this year with a very special edition,” the company said in a press release. “This Grand Seiko watch is at the leading edge of sports technology, with its Spring Drive chronograph caliber and a ceramic case.”

The $21,000 watch specifically pays tribute to the race car version of the Skyline 2000 GT-R and its iconic “Bayside blue” livery. This same distinctive color is used for the timepiece’s ceramic outer case, while its white dial and matching crocodile leather strap are a nod to the car’s bold racing stripe.

But just like the car it honors, this watch is about more than just its good looks. Featuring a Spring Drive movement produced at the brand’s prestigious Shinshi Watch Studio, which is visible through the sapphire crystal case back, it can measure elapsed time for up to 12 hours and features a GT-R anniversary emblem in 18K yellow gold set into the oscillating weight to symbolize the watch’s enhanced accuracy level of ±0.5 seconds per day (±10 seconds per month). The watch also features a 72-hour power reserve and is water resistant down to 10 bar.

Anyone interested in the Grand Seiko x Nissan GT-R’s 50th Anniversary SBGC229 can put in a request on the Grand Seiko website now. The watch will only be available until March of next year.