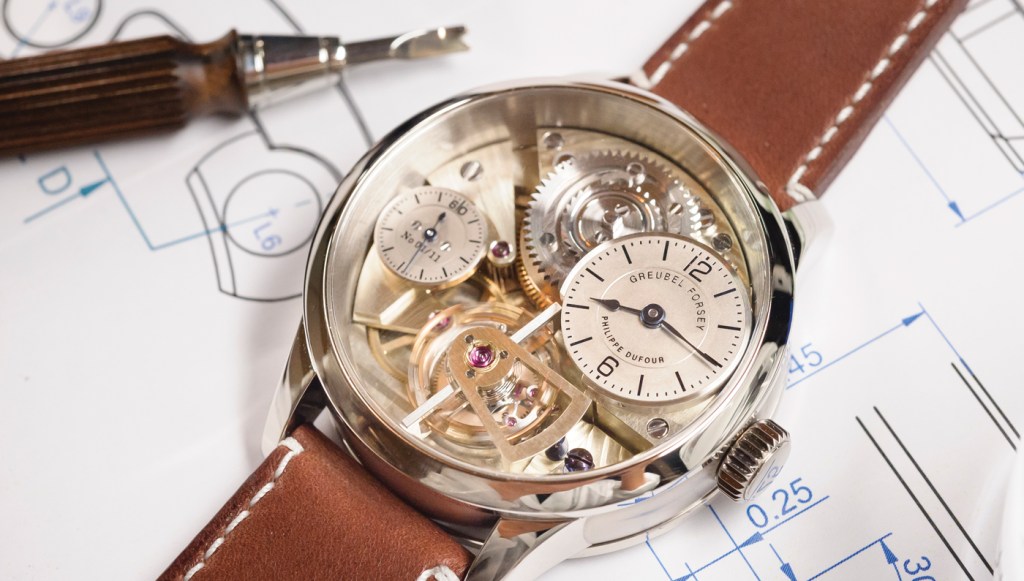 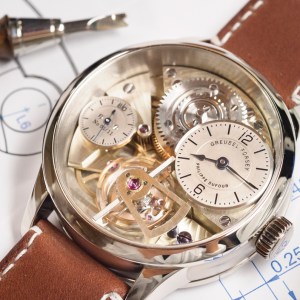 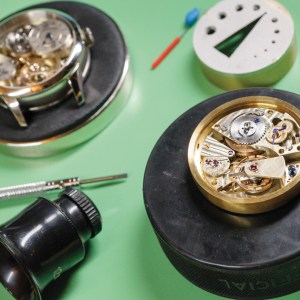 Dubbed Le Garde Temps—Naissance d’Une Montre (The Guardian of Time—Birth of a Watch), Greubel Forsey’s latest horological collection is a collaboration with independent watchmaker Philippe Dufour and watchmaking instructor Michel Boulanger. At the Diderot Vocational Training School in Paris, Boulanger and his students will perform most of the work on the watches—building a small series of timepieces without the computer-controlled (CNC) machinery that is commonly used throughout the industry. “The objective of this project is not solely commercial,” says Stephen Forsey. “We are trying to safeguard, transmit, and preserve for future generations these traditional watchmaking techniques, which are endangered.” And while the motives of the project are high-minded, the 11-piece series—the first of which will be auctioned by Christie’s in May—is bound to be of interest to collectors. It stands in stark contrast to the rampant overproduction that has characterized the CNC-dependent industry in recent years.

The openwork watch, which takes many architectural cues from early-19th-century pocket watches, is not built using the methods of that time, but rather with mid-20th-century machinery combined with a few contemporary techniques. “We do use some CAD to draw the watch, because it’s fast and produces accurate drawings, but we are using older tools, like projection [of illuminated plans against actual parts] to check the components,” notes Dufour. “Pinions are cut with a machine from the 1930s and then the teeth are polished with wood, the way they ought to be.” Dufour’s involvement is critical, not only because of the knowledge he brings to bear but also for his reputation. He is revered perhaps more than any other watchmaker in Switzerland, because of his devotion to perfect finish and his breadth of skills, which allow him to create each of his watches completely independently.

That capability is something both Dufour and Greubel Forsey fear is rapidly disappearing from Swiss factories, where watchmakers’ knowledge is often confined to the output of a specific brand and their work often consists of relatively simple, repetitive tasks. The project also serves to highlight the extreme level of detailed craft on which both Dufour and Greubel Forsey pride themselves. “The handwork is the emotional part of watchmaking,” says Dufour. “We have to add something [to machine-made watch parts] either with our brains or our hands, and if we don’t do that, we will be gone.”