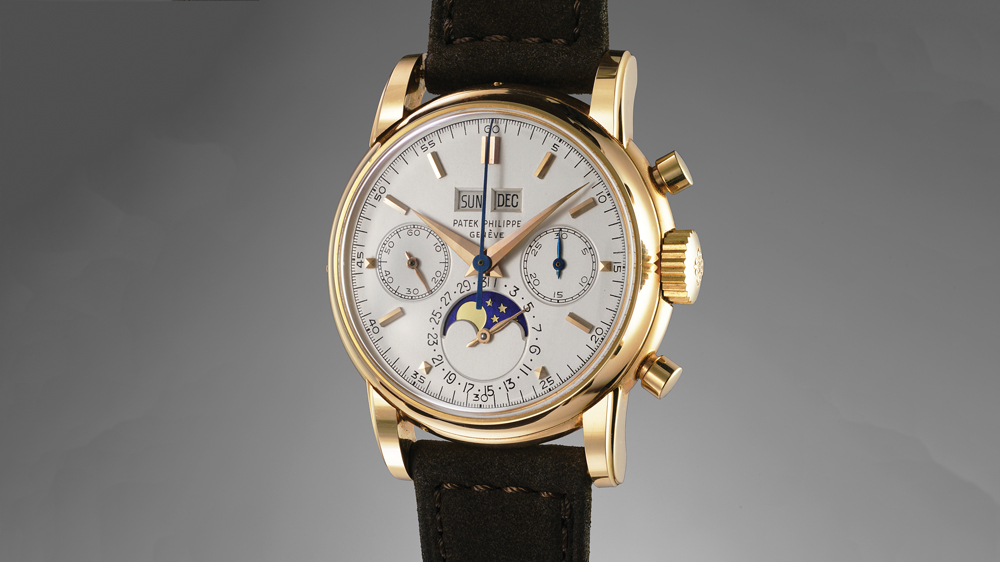 The vintage-watch market has exploded in the past few years with an unprecedented number of buyers entering the category for the first time, many of them prepared to make significant purchases. But this development has not benefited every brand. At the top tier of the industry, the gap has widened between the prices of the most desirable models and those that may offer the same degree of rarity but lack buzz within the online collector community. Thanks to platforms like Instagram, vintage watches are subjected to a real-time jury of opinion that either pumps up or deflates their value in ways conventional analytical tools have not yet begun to measure.

The vintage-watch market has always been the primary focus of those who take a serious interest in the financial performance of their timepieces. But in less than a decade, the rules of estimating future increases and decreases in value have drastically changed. Ten years ago, the top players in vintage watches were an elite group composed of the most experienced and educated horological connoisseurs in the world—individuals who recognized opportunities by assessing tried-and-true factors such as rarity, condition, and provenance. These skills remain important, but the practice has morphed from specialty to subculture as new buyers and enthusiasts—many of whom might otherwise have been purchasing new watches—have flooded into the arena. But some say not all of these enthusiasts are buyers who are really influencing the market.

“We see across-the-board growth,” says Aurel Bacs, senior consultant for Phillips, who is perhaps the most recognizable auctioneer in watches today. “This means more people from more countries and a younger generation. The average transaction value has massively increased.” For veterans in the vintage-watches category, the demographic shift is more startling than the overall boom in their sector.

“On the high end, the amount of new blood getting into the vintage-watch world is unprecedented,” says Christie’s international head of watches John Reardon. “It’s no longer the guys that just want to buy a vintage Omega for a few thousand dollars. There are now people in their late twenties, thirties, and forties who are diving into the deep end, spending hundreds of thousands on their first vintage watch. I’ve never seen this before in the industry.”

See and Be Seen

As with many other sectors of the collectible market, price appreciation and auction-sale volume for vintage watches ground to a halt thanks to the 2008 financial crisis. When growth resumed between 2010 and 2012, a new pattern became apparent.

“It’s really become sort of a trophy market, such that the really important rare pieces are getting higher prices today than they would have in the pre-2008 period,” says Katharine Thomas, head of watches and clocks at Sotheby’s New York. “In some instances, we’ve actually seen the same exact pieces come up more than once in the past 10 to 15 years, and the increase has been breathtaking.” Thomas also mentions that prices are lower than ever before at the more modest end of the market. “It’s almost like the two ends of the spectrum are being pulled apart,” she says.

Many drivers explain this price phenomenon, but fashion plays a notable role. Vintage watches are being worn and seen. No longer relegated to a vault or inner sanctum, these pieces communicate a much more complex personal statement than newer watches—a nuance that has been embraced particularly by younger buyers. But these buyers also have size sensibilities that come from their experiences with new watches. Many vintage pieces are simply too small to be worn in the same way. “Most collectors today are looking for wearable assets,” says Christie’s Reardon. “It once was all about rarity. Take Patek Philippe’s Reference 1526. This is one of the most beautiful and rare perpetuals ever made by the company. But because they’re so small—they’re 33.5 mm—people just don’t chase this watch,” although some may accept the smaller size as a trend.

As with other assets, a run of price appreciation tends to generate its own momentum. And while the watch market is well populated with passionate collectors who have only a secondary regard for pecuniary consequences, it has also had its share of speculators who drive up prices on proven winners. “They’re out there,” says Thomas, “and they have probably done quite well on some pieces and not so well on other pieces. There are people who will monitor the progress and the performance of specific references and will chart it out and make decisions based on that.”

“People look at these, in many cases, as dollar signs,” agrees Reardon. “I personally am not so excited about that, because I think you should look at this as art rather than just dollars.”

However, Bacs from Phillips takes issue with the connotations of the term “trophy watch” and strongly disagrees with such assessments. “I have to say that I have never come across one pure investor,” he says. “I cannot sell a watch to someone who doesn’t enjoy the watch, someone who doesn’t get excited about the history, who doesn’t love the mechanics, the aesthetics. We are here to find a great new home for someone who loves the watch.”

If Bacs sounds a little more like a diplomat or a politician than the average auctioneer, it’s because he has realized that in the interconnected world of vintage-watch collectors that now buzzes 24 hours a day on Instagram, blogs, and other forums, his role is now more village elder than industry analyst. The massive flow of information both to and between collectors is undoubtedly the most important force driving the vintage-watch phenomenon. This stream of intelligence pouring into a naturally detail-obsessed interest area has become a coalescing force in what is now a vintage-watch community. “Just look at Instagram,” says Reardon. “It’s a community of people constantly communicating—oversharing in many cases—and everybody knows, seemingly, what everybody else has to buy, sell, or trade at any given time. This is a new development in our industry. It’s not seasonal like it has been in the past. It’s not just about the holidays for retailers and not just about the ebbs and flows of the sale season of the auction houses. It’s 365 days a year.”

One of the most positive effects is the increased level of scholarship among collectors and the corresponding boost in transparency and data available from auctioneers and some private dealers. In many ways, this has helped to ameliorate one of the most glaring pitfalls in buying a vintage watch—the possibility that the timepiece in question may have been previously altered in a manner that will substantially erode its value.

“It’s fantastic attending the Geneva watch auctions, where you see people come together and constructively arguing about the originality of parts,” notes Reardon. “That meeting of minds is moving this market constantly.”

Astute companies are also taking advantage of this new audience. Audemars Piguet and, to a lesser degree, Vacheron Constantin are actively making efforts to open their history and archives. As of now, prices for both brands are beginning to climb, but they remain relative bargains when compared to Rolex and Patek Philippe, the traditional mainstays of the vintage-auction world due to their wide appeal and relative liquidity.

A significant climb in price has already occurred for two relatively accessible brands, Omega and Longines, whose output from the ’40s, ’50s, and ’60s is now consumed by dedicated audiences of collectors. Vintage Longines chronographs from the 1950s are an example of a genre that now generates its own momentum. These watches are followed by a dedicated group of collectors and have appeared in public on prominent wrists. Prices have recently tripled or quadrupled for the most sought-after examples.

The Internet and social-media revolutions have not been completely rosy for vintage watches, however. As seen in other public areas, the anonymity afforded by digital commentary sometimes produces less-than-​desirable results, and this is reflected in the economics of the market. “There’s a lot of groupthink happening right now,” says Reardon, especially among new collectors who are looking to buy their first important watch.

“They all say, ‘I want a white-metal, vintage piece in mint condition, unpolished, with a perfect dial.’ They quickly find that the vintage-watch world’s much bigger than those specific requirements.”

The online proliferation has other negative consequences, as Bacs has observed. “There’s a degree of scrutiny today that I find exaggerated,” he says. “I see bloggers insulting each other because one guy has changed the hands on his watch. I want to calm the community a bit and say, ‘If you replace something authentic with something else authentic that comes from the same production batch, please, let’s be realistic.’ ” While he thinks some connoisseurs have gone to extremes, he believes the tumult will settle and common sense will reign as the vintage-watch market—which is still a young one at 40 years old—matures with time.