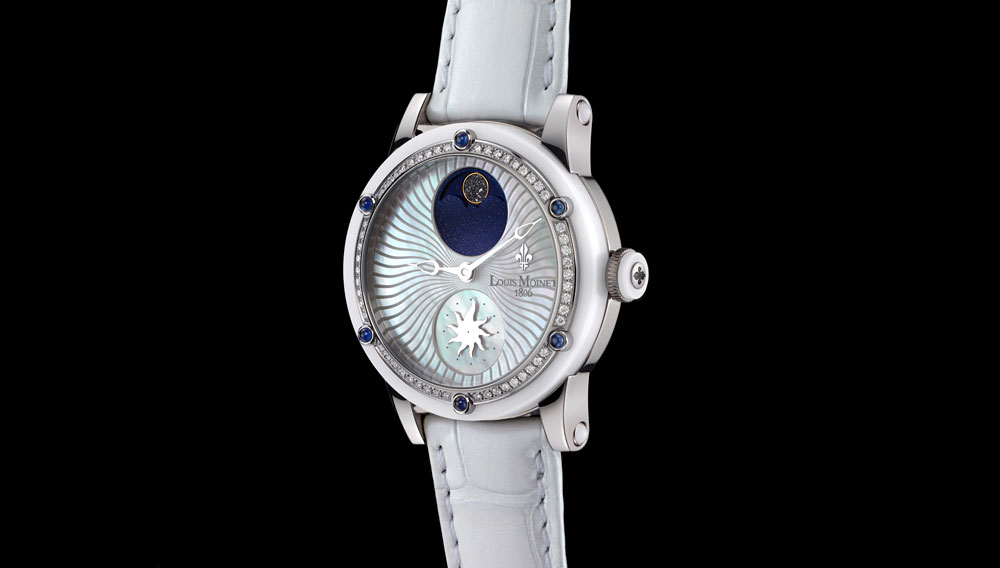 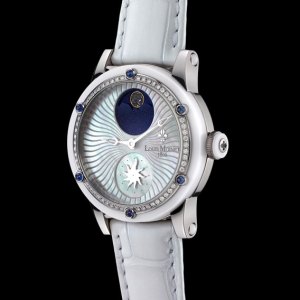 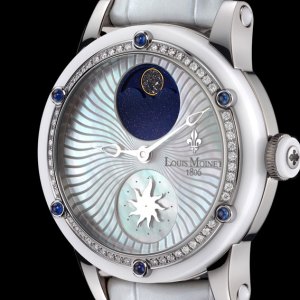 Louis Moinet received a lot of attention in 2010 for its $4.5 Million Meteoris series, which featured slices of meteorites on four limited-edition watches. Now the boutique watchmaker is at it again with a second celestial timepiece, the Stardance, which features on the moon phase (positioned at 12 o’clock) a fragment of an EH3 enstatite meteorite—a rare type—believed to have originated more than 4.5 billion years ago. Daytime is represented by the silvered sun-shaped small seconds at 6 o’clock.

The watch features a mother-of-pearl dial decorated with the company’s signature guilloche and a white ceramic bezel adorned with 54 diamonds and six cabochon-cut sapphires ($23,500); a second version is available with six diamonds ($17,200). The titanium case shows the automatic movement through the back and is fitted to a white alligator-leather strap. (www.louismoinet.com)