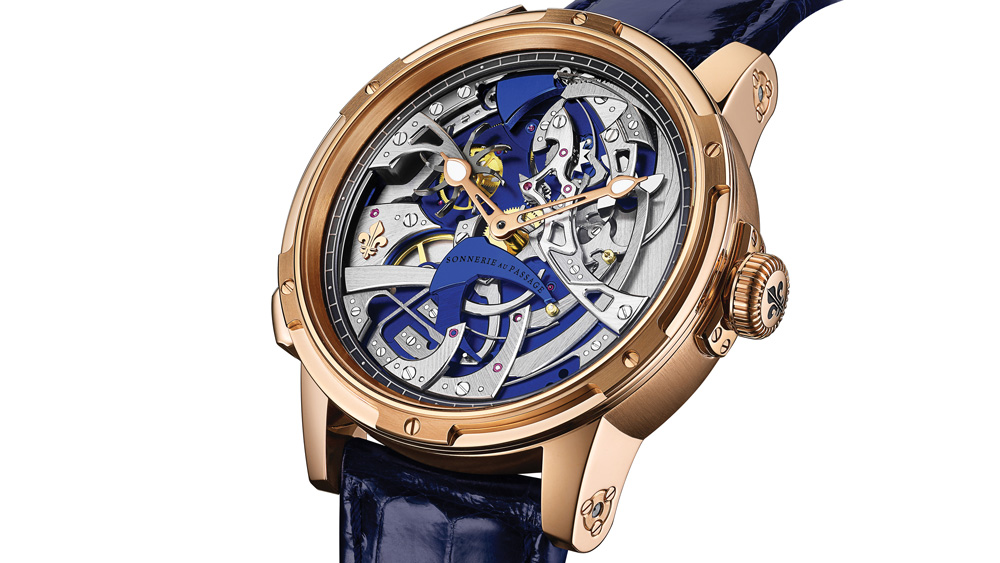 The latest timepiece from Louis Moinet may have been released on the 250th anniversary of birth of the firm’s namesake, but its concept is an utterly modern creation. Ultravox ($139,500) is an hour striker, and like the open works Memoris chronograph the brand launched a few years ago, the strike mechanism is completely visible from the front of the watch and it creates a fascinating display as it activates itself to chime the hours on the hour.

“As far as I know, this is the first timepiece of its type that has been designed in this way,” says Jean-Marie Schaller, who founded the modern Louis Moinet firm in 2003. “In fact, the watch was more complex to build than we anticipated.” To complete the watch, Louis Moinet’s technical partner, TEC Ebauches, brought in its top talent, master watchmaker Eric Coudray, who gained recognition by developing Jaeger-LeCoultre’s Gyrotourbillon in the early 2000s. Coudray, according to Schaller, was responsible for “remastering” the movement to get it into working order. A double rotor, visible through the back charges both the movement and the strike mechanism to keep it operating without disturbing the owner’s routine.

What makes Ultravox so absorbing is that all the key components are visible and clear enough in their presentation so that the wearer gets a full appreciation for their function. It is possible to follow the strike from the blue tinted “whip” that actuates the system, to the snail that tracks the hours, to the kinetics of the rack and hammer that creates the sound. Most of these components lie hidden behind the dial in modern minute repeaters. The superb visual qualities of this watch work hand-in-hand with the acoustics, and may prove to be an hourly distraction for owners, who will not want to miss the show.