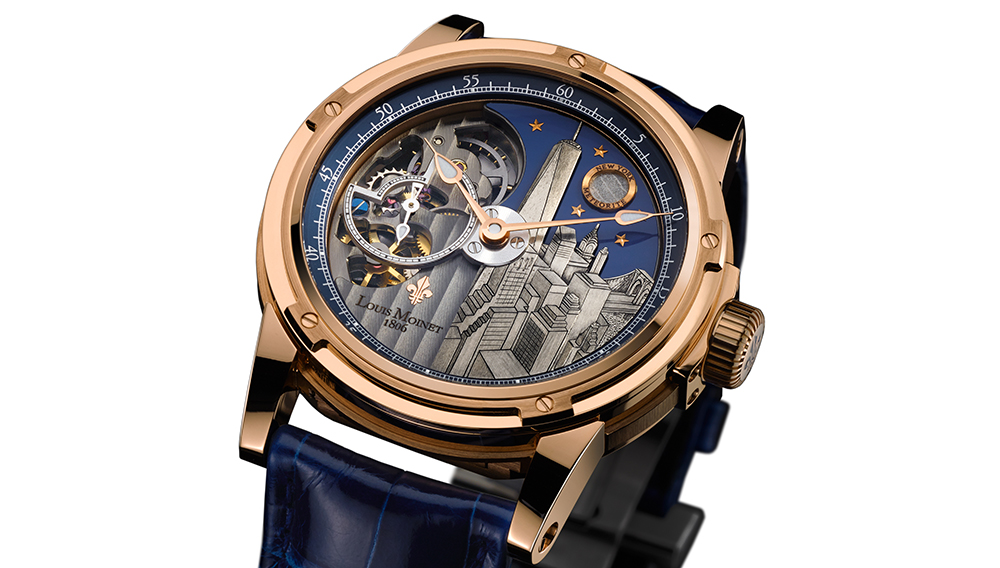 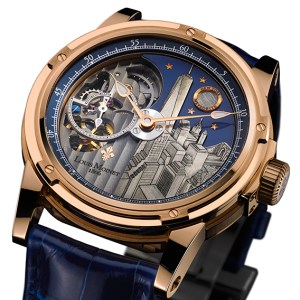 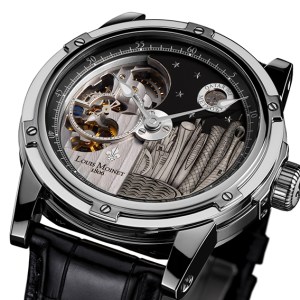 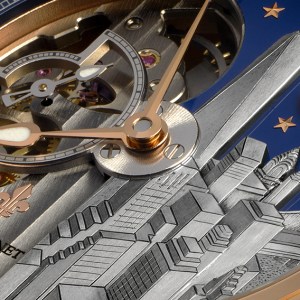 The Swiss watchmaker Louis Moinet recently introduced a new series of timepieces that celebrates the world’s great cities, starting with New York and Doha, Qatar. The Mecanograph New York and Mecanograph Qatar are both variations of the original Mecanograph, which debuted in 2012. Though the underlying mechanics of the new wristwatches remain unchanged from those of their predecessor, the New York and Doha watches both feature beautiful new dials that attempt to capture the spirit of the cities they pay tribute to.

Each watch features a hand-engraved, embossed reproduction of its respective city’s skyline. On the New York version, this scene is centered on One World Trade Center and includes renditions of the Chrysler Building, Empire State Building, and Brooklyn Bridge. The Doha version of the watch depicts the skyscrapers of the city’s West Bay district. Visible through an aperture positioned on the watch’s dial at 1 o’clock is a sliver of a meteorite that holds significance for the respective city. The Doha watch features a piece of the Qatar 001, the only meteorite ever discovered in Qatar, while the New York watch contains a silver of the meteorite dubbed by the Meteoritical Society—the organizing body responsible for assigning official names to meteorites—simply New York, which was first sold in the city in 1965. Both pieces display the seconds on a subdial found on the left hemisphere, through which the movement are partially visible. The New York and Doha watches are available with either a titanium case (about $25,100) or 18-karat-rose-gold case (about $50,200) and are limited to just 60 examples in each case style. (www.louismoinet.com)