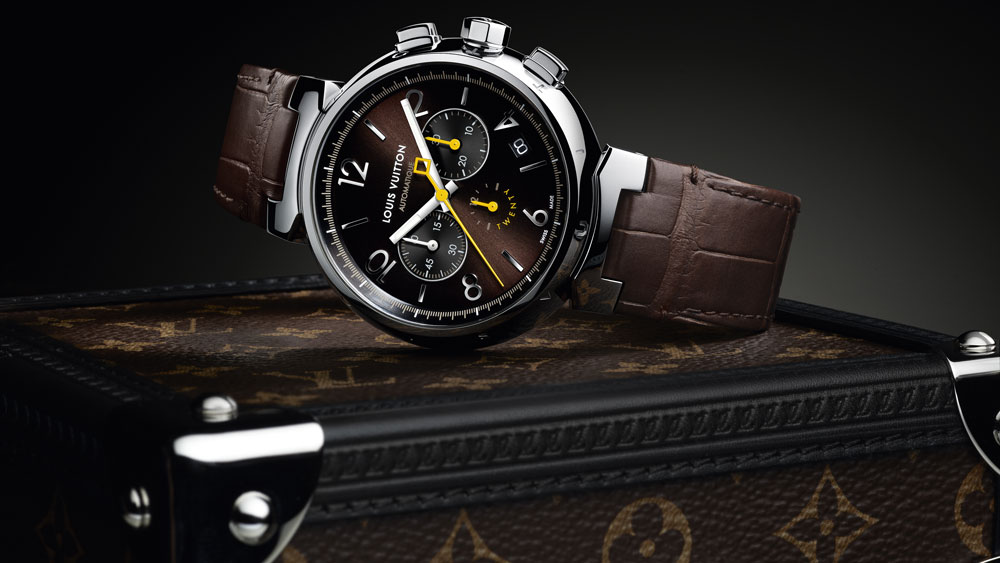 At the turn of the millennium, Louis Vuitton was a luxury fashion brand with virtually no connection to the world of horology. That changed in 2002 with the introduction of the Tambour, an automatic GMT housed in a round 39.5 mm round stainless steel case, instantly recognizable for its drum-like appearance (like the Japanese taiko drums that inspired it).

The Tambour’s production coincided with the opening of a Louis Vuitton workshop in La Chaux-de-Fonds, the heart of Switzerland’s watchmaking region, signaling the brand was serious about its ambitions.

Now, on the 20th anniversary of that timepiece, Louis Vuitton has introduced the Tambour Twenty, a redux version of the original boasting the same drum-like case in a slightly larger 41.5 mm stainless steel case, 12 letters spelling the name “Louis Vuitton” across the numbers and indexes and an LV277 high-frequency movement based on the El Primero, the first automatic chronograph, famously produced by Zenith, Louis Vuitton’s sibling brand in the LVMH stable.

“Watch enthusiasts will recognize all the features that made the Tambour’s design so unique,” Jean Arnault, marketing and development director for Louis Vuitton watches, said in a statement. “While this limited edition is a true concentrate of everything that made this watch stand out, it also boasts brand new features that will set it apart for collectors. To me, as well as celebrating our anniversary, this watch also paves the way for many future decades of fine watchmaking, staying true to Louis Vuitton’s values of creativity, craftsmanship and excellence.”

With its brown sun-brushed dial and the chronograph’s long yellow hand glides—evoking the yellow threads historically used in Louis Vuitton’s leatherwork—the Tambour Twenty brings the iconic watch back to where it all started. But oh, what a journey it’s been.

Produced in 23 iterations, one for every year the model has been around (and two each for 2021 and 2022), the Tambour has lived scores of horological lives. It’s been a chronograph, a tourbillon, a dive watch, a sailing watch, a jumping hour watch, a mysterious movement, a minute repeater, a flying tourbillon, a GMT, a work of art and a connected watch.

All of which begs the question: Is there anything the Tambour hasn’t been?

The commemorative chronograph, which comes with a 22k gold rotor and 50 hours of power reserve, is available for $17,800 in a limited and numbered edition of 200 pieces, accompanied by a miniature Louis Vuitton trunk in Monogram canvas.