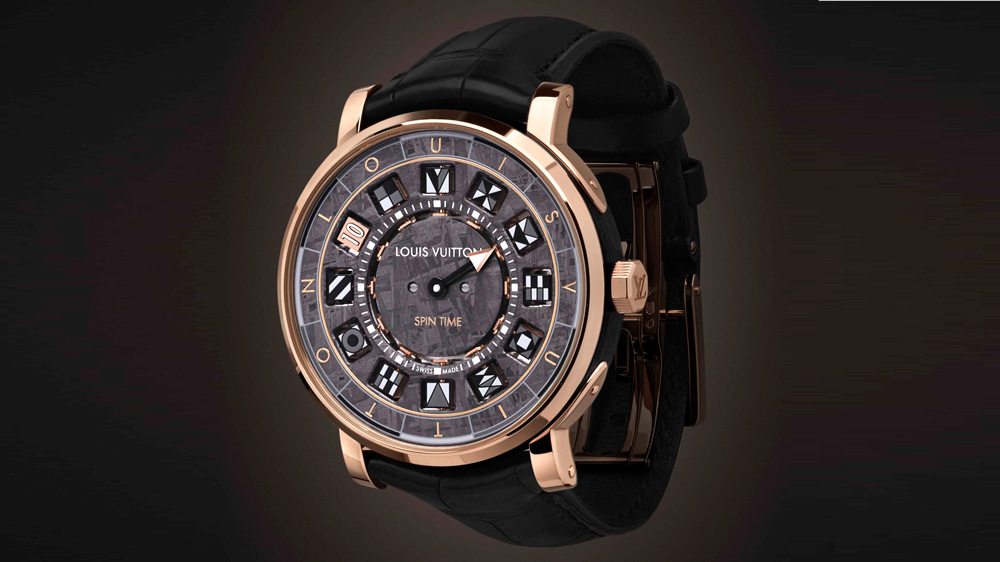 Although classical watchmaking convention dictates that a timepiece must have a minimum of two hands—how else to indicate the time?—the past two decades have seen the emergence of avant-garde watchmakers, from Franck Muller to Urwerk, whose playful approach to timekeeping has little regard for horological orthodoxy.

One look at the new Escale Spin Time Météorite from Louis Vuitton and it’s clear the model, which has its roots in a regatta wristwatch introduced in 2009, belongs to watchmaking’s more unconventional school. In place of hands, the dial is set with 12 cubes featuring different variations of the Louis Vuitton motif that spin independently to mark the passage of time. Eleven remain grey, while one bears a golden face displaying the time. 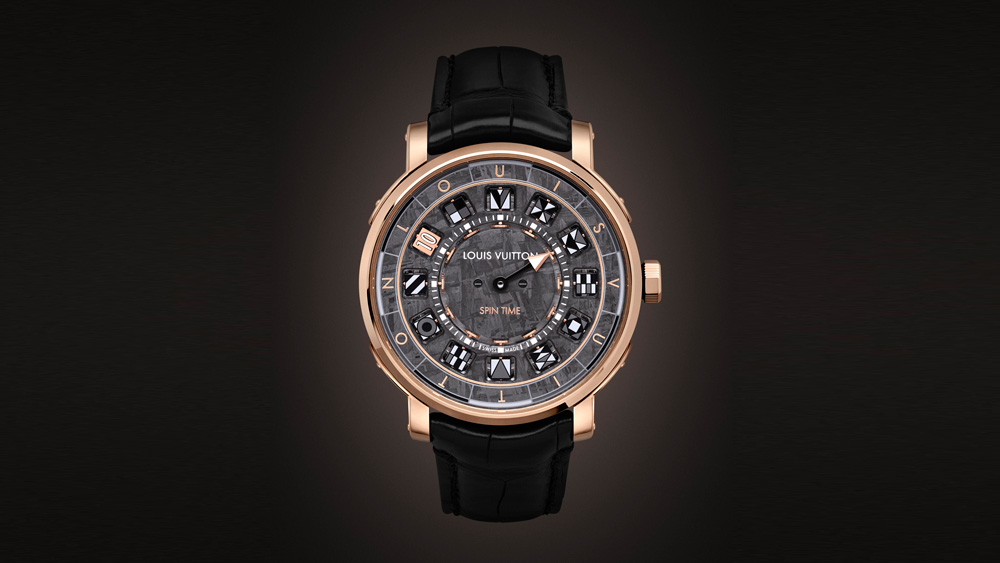 What sets this version apart, however, is its otherworldly dial, carved from a sliver of the famed Gibeon meteorites, which landed in Namibia millions of years ago. The Escale Spin Time Météorite marks the first time Louis Vuitton has used the cosmic material.

The watch’s automatic movement, powered by the LV 77 calibre, is the same one that appears in the Escale Spin Time 41. The time-telling cubes in that 2018 model feature the brand’s nautical pennant motifs. The pieces are descended from the original Spin Time model, whose five-minute regatta countdown mechanism was created by La Fabrique du Temps watchmakers Michel Navas and Enrico Barbasini.

Breguet’s New Double Tourbillon Watch Is a $631,000 Ode to its Most Important Complication

Glashütte Is Celebrating the 100th Anniversary of the Alfred Helwig Flying Tourbillon With a Limited-Edition $121,800 Watch