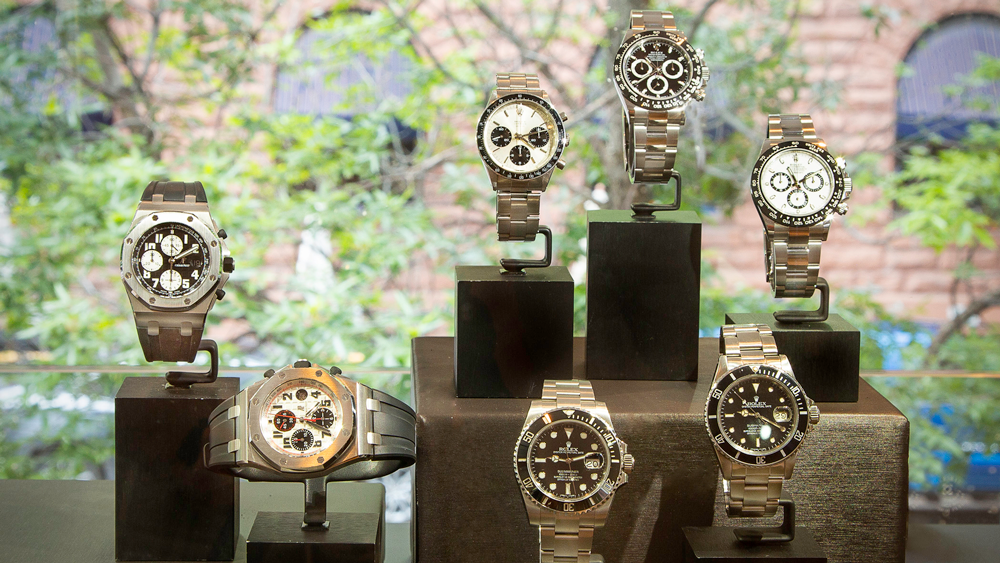 Imagine a pawnshop in the 1980s, its counter strewn with luxury timepieces and gold chains. Their hapless owner stands before the proprietor, pleading: “What’s your best price?”

For most of the past century, selling a watch, particularly a fine Swiss watch, was an act of desperation. Then came the internet, ushering in an era of transparency that permanently changed the dynamics of buying and selling.

Before, “the secondary market was mainly driven by retailers (authorized or not) who would trade in your watch to sell you a new one and, for the category of vintage watches, the auction houses,” says Oliver R. Müller, founder of LuxeConsult, a watch consultancy based near Lausanne, Switzerland. “Only people in the know could expect to know the ‘real’ market price.”

The availability of pricing information online made possible the pre-owned watch market’s spectacular ascent. Expected to total around $30 billion in 2025, it is on track to comprise half of the global watch market within five to 10 years, according to Karine Szegedi, managing partner of consumer industry and fashion and luxury at Deloitte.

But charting the category’s growth is virtually impossible. “The fact that there are no estimates on the size of the pre-owned watch market from the early 2000s shows how niche of a market it was back then,” Ms. Szegedi says.

Cut to 2022 and watch sellers now enjoy easy liquidity in a marketplace with countless opportunities to trade or cash in on their timepieces.

But the politics of selling a watch can be difficult to navigate. That fact was made clear at the Dubai Horology Forum, a two-day watch conference, open to the public, that took place in New York City’s Meatpacking District on September 24 and 25.

During a panel discussion about the new meaning of luxury, panelist Mark Cho, co-founder of The Armoury, a menswear retailer with stores in New York and Hong Kong, noted that he is preparing to sell the majority of his watch collection through Phillips. (The auction, entitled “The Beauty in Everything” sale, is scheduled to take place online beginning November 25.)

“I’m selling a bunch of my watches because I’m trying to buy a piece of property for The Armoury,” Cho said. “I love my watches, but I love my business even more.”

(He later expounded upon that idea on Instagram: “At the end of the day, one person can’t keep everything and probably shouldn’t anyway,” Cho wrote. “I offer up these pieces: the majority of my watch collecting over the last 16 years, for the sake of my clothing store: The Armoury, one of the great loves of my life. I wish to trade these many, small amazing things, that I have selfishly kept to myself, in pursuit of a single new expansion of The Armoury New York to be enjoyed by my colleagues and my customers.”)

Cho’s comment prompted his fellow panelist, Gabe Reilly, co-founder of Collective Horology, a watch collector’s club based in California, to note that “there is a stigma around selling watches.”

Reilly said he once acquired what he considered to be a grail watch, but about a year later, due to personal circumstances, had to sell it. “The brand asked me to provide an explanation,” he said. “I did and never heard back.”

“No one should give you a hard time for moving on from a part of your collection,” Reilly said. “I hope we can destigmatize watch selling. Oh, and by the way, this is the lubricant that keeps watch collecting going. Because so often people are trading up.”

Indeed, the volume of person-to-person trading—via Instagram, forums, collector meetups and other venues—is impossible to quantify, but there is no doubt that it has steadily risen over the past 20 years, in step with the growth of the pre-owned watch market. Yet the growth has also introduced more confusion, as prospective sellers try to make sense of the numerous platforms, from auction houses to Zoom meetups, that have sprung up over the past decade.

“I’m pretty sure I sold my first watch to Analog Shift eight to 10 years ago,” says Kathleen McGivney, co-founder of the RedBar global collector group. “It was both easier and harder because now, if I want to sell something, especially lower-priced stuff, I can literally just post an Instagram story. Back then, I had no followers.”

“But it’s somewhat challenging because there are so many options, you get overwhelmed,” she said.