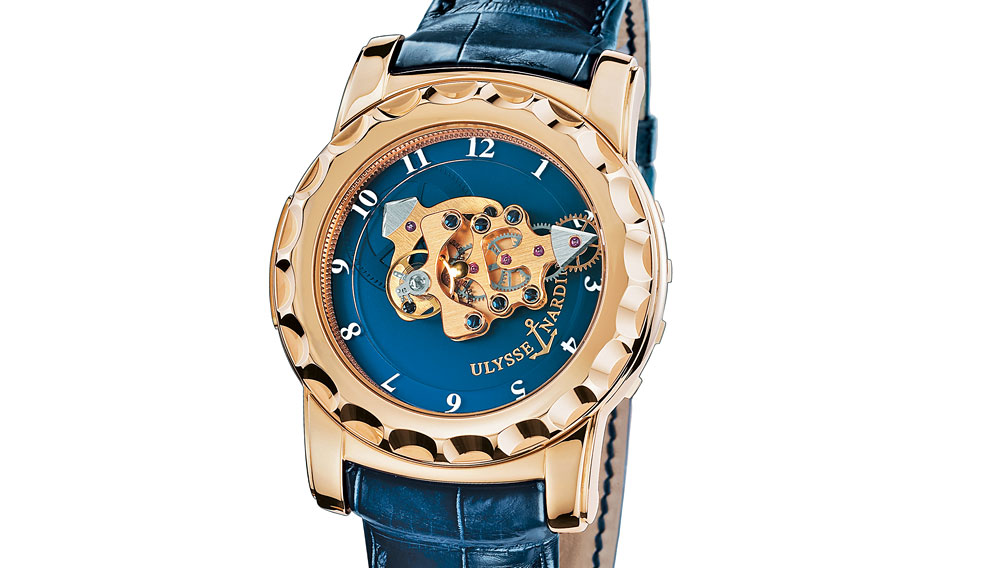 Two integral components of high-end watchmaking—unorthodox com­plications and new materials technology—owe their genesis at least in part to the experiments of Ulysse Nardin, which was little more than a parvenu when the entrepreneur Rolf Schnyder revived the company in the 1980s. Schnyder was willing to take chances, and thanks to his friendship with Dr. Ludwig Oechslin, an interdisciplinary scientist with a penchant for conceptual mechanics, he was able to successfully develop watches far more ambitious than those of his peers.

The company’s opening salvo was the Trilogy of Time, a series of three astronomic watches released from the mid-1980s to the early 1990s whose creative complications are now remembered as the catalysts for the revival of mechanical watchmaking, which had been nearly destroyed by the advent of quartz technology. About a decade later, Ulysse Nardin and Oechslin (an unofficial technical collaborator) joined forces once again to construct a watch that was profoundly unorthodox in terms of its design and mechanics. The Freak, as this piece was dubbed, utilized an arrangement in which the entire mechanism rotated around the dial to display the time; it also incorporated a new, more efficient escapement conceived by Oechslin for the timekeeping element. Combined in the same watch, these revolutionary features permanently raised collectors’ expectations of high-level watchmaking.

Initially, Oechslin’s escapement did not run properly with conventional metal parts. To achieve the correct level of inertia with these minute elements, the company explored the use of such new materials as nickel-phosphorus and silicon, as well as new manufacturing techniques, including photolithography and ion etching. Though Ulysse Nardin was not the only company to experiment with these technologies, which are now being adopted industry-wide, it was the first to produce a commercially available watch showcasing them. Since then, the company has continued to lead the way in the use of new materials, including synthetic diamond and diamond silicon, for such critical parts as escapements and hairsprings, and in recent years its design team has tested these substances’ efficacy in reducing the need for oil in other areas of the watch—advances that have already appeared in some of the brand’s newest models. 561.988.8600, www.ulysse-nardin.ch