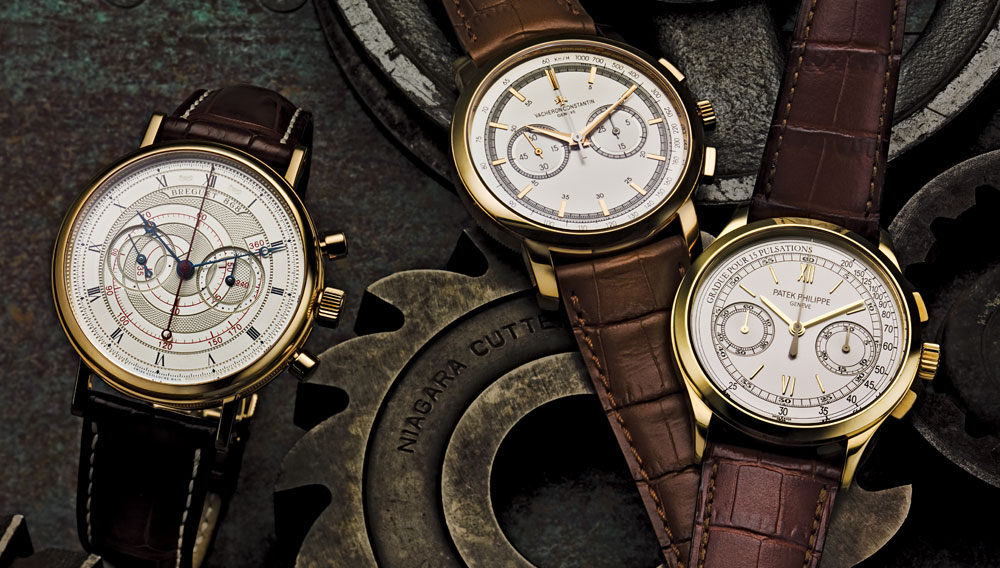 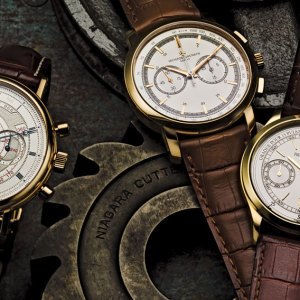 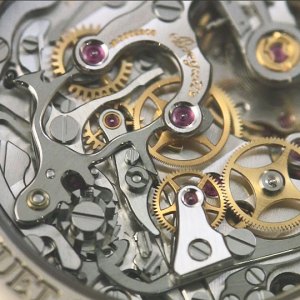 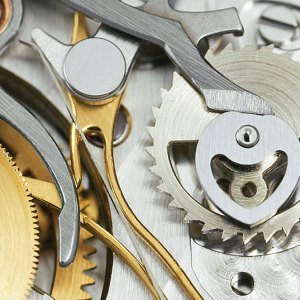 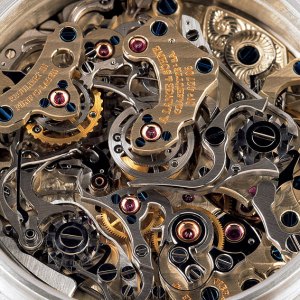 Horse racing became a modern sport on September 1, 1821. That afternoon, at the Champ de Mars in Paris, the finish times of competitors were recorded for the first time ever on a newly invented device called a chronograph. Created by Nicolas Mathieu Rieussec, the boxed machine was swiftly superseded by chronograph pocket watches, avidly collected and carried by thrill-seeking aristocrats. Nearly 200 years later, the chronograph is still the ultimate horological tool, and its utilitarian feel is still the key to its after-hours chic.

The chronograph invites invention, regularly evolving in form and function. Naturally, the racetrack has been one major source of inspiration, leading to innovations from the rattrapante to the tachymeter.

Also known as a split-seconds chronograph, the rattrapante was developed in 1838 as a means of recording multiple competitors with two seconds hands that could be independently stopped and restarted. The mechanism was highly elaborate, finally perfected by Patek Philippe in the 1920s. Even then, rattrapantes were extraordinarily rare—early models sell for more than $1 million at auction—and in current production, split-seconds chronographs by Patek Philippe are among the world’s most sought-after complications.

The tachymeter, in contrast, is not complicated at all. It is simply a scale that can be set in the bezel of a chronograph to give the watch added utility by indicating the speed of an elapsed event. Most tachy­meters are calibrated to give readings in the 60-to-500 mph range. For that reason, the tachymeter is associated with auto racing, and can be found on watches such as the Rolex Daytona and Omega Speedmaster.

Other scales give a chronograph different functions. For instance, the telemeter (now seen on watches including the Graham Chronofighter) was first developed for military use as a means of estimating the distance of enemy fire by measuring the difference in time between sight and sound. Doctors, on the other hand, traditionally had pulsometers imprinted on their chronograph dials. Most recently included on the Montblanc Villeret 1858 Vintage Pulsographe, this scale lets a physician calculate a patient’s pulse by consulting the register after counting off 15 or 30 heartbeats.

The demands of flying an airplane have motivated watchmakers to create some of the most elaborate bezels, often comprising multiple scales. For example, the Breitling Navitimer 01 includes a tachymeter as well as a slide rule to make navigational calculations. Breitling was also a pioneer in chronograph functionality, engineering the first watch with separate start/stop and reset buttons in 1934. That helped pilots to chart their course by compass and timer, though an even greater piloting breakthrough came two years later when Longines invented the fly-back: a chronograph that could be stopped, reset, and restarted with a single click.

The fly-back function can now be found on many of the finest chronographs, such as the A. Lange & Söhne Datograph and the Breguet Type XX, even if few wearers—pilots included—will ever use one for the purpose originally intended. No matter. Like the tachymeter and rattrapante, and even Rieussec’s original chronograph pocket watch, fly-backs charismatically keep a life of action within arm’s reach.