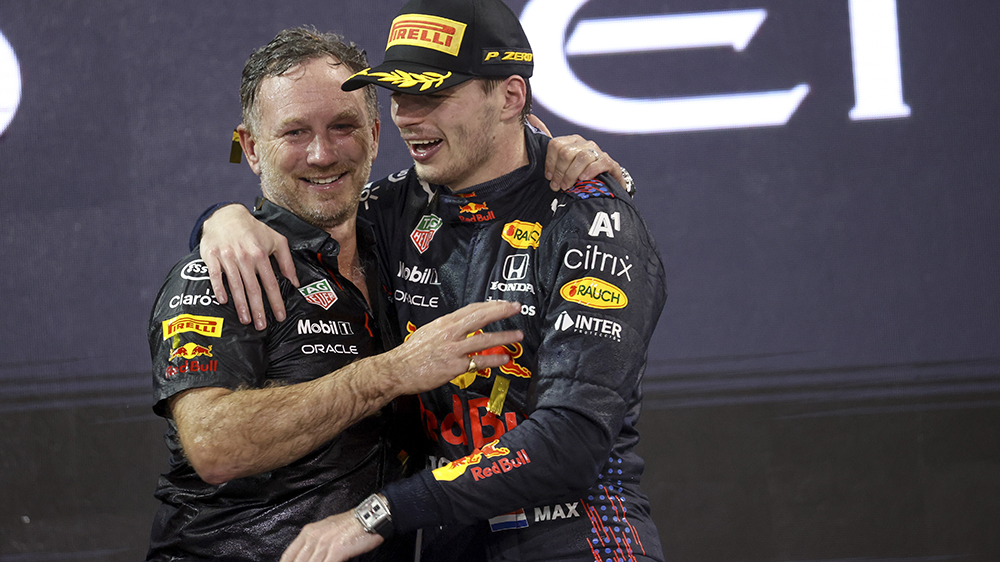 How’d Max Verstappen celebrate the best day of his Formula 1 career? By strapping on his lucky TAG Heuer Monaco.

The Red Bull Racing-Honda driver could be seen wearing a Monaco Titan Special Edition following his dramatic victory at the 2021 Abu Dhabi Grand Prix on Sunday, which helped earn him his first Driver’s Championship. The timepiece should be a familiar sight for F1 fans, as it’s become a fixture of his post-race celebrations since the Monaco Grand Prix in May.

It’s easy to see why Verstappen is so smitten with the square-shaped chronograph. TAG Heuers don’t come more iconic than the Monaco, which was memorably worn by Steve McQueen in the 1971 movie Le Mans. This particular example, ref. no. CAW218B.FC6496, has an ultra-lightweight titanium case, a silver-colored dial and black counters. It’s equipped with a modern version of the brand’s famous Caliber 11 movement and has a leather anthracite strap with a texture similar to the grooves of a racing tire.

Production was limited to just 500 examples, but TAG Heuer, which has been a Red Bull partner since 2016, gave a special engraved example to Verstappen before this year’s Monaco Grand Prix. He’d claim victory in the race the next day, a result that would put him ahead of Lewis Hamilton on points for the first time this season.

Verstappen has worn the watch ever since, and it certainly didn’t bring him any bad luck during the F1 season finale. The victory at Yas Marina Circuit helped the racer lay claim to the first Driver’s Championship of his seven-year career. Sunday’s race was a winner-take-all affair for him and Hamilton, and wasn’t decided until the final lap, with the Dutchman edging out his rival by less than two-and-a-half seconds. The result wasn’t without controversy, but it’s hard to deny that Verstappen deserved the crown after a season in which he won 10 races and finished on the podium 18 times.

At the time of its launch in May, the Monaco Titan Special Edition was selling for $7,900. It has since sold out, and after Verstappen’s big win on Sunday, we’re guessing its price on the secondary market just shot way up.