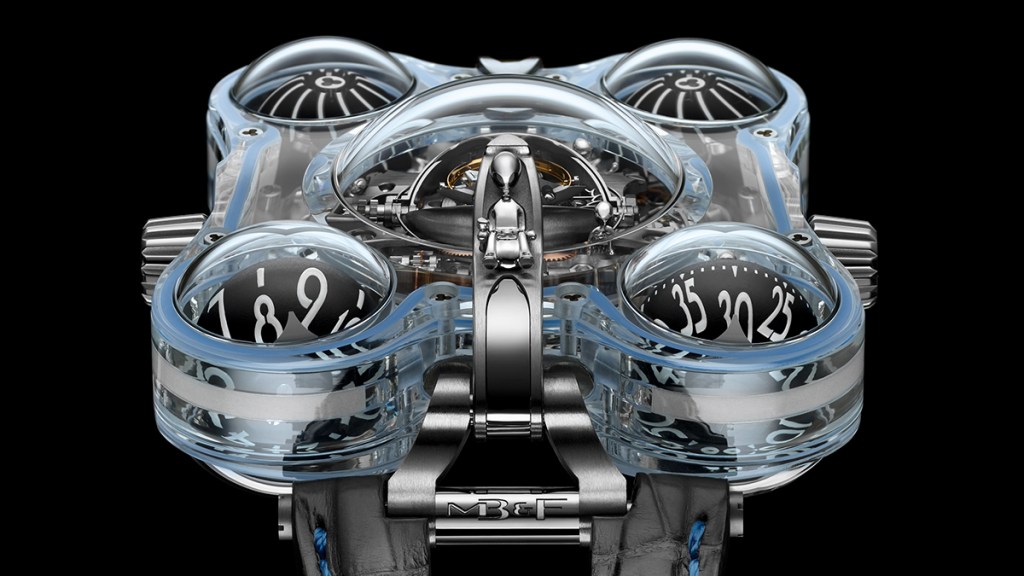 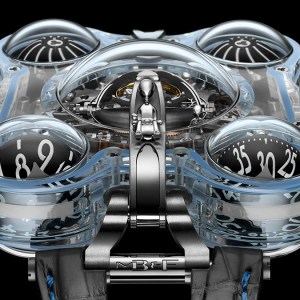 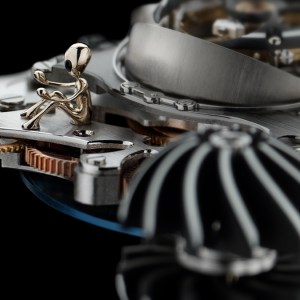 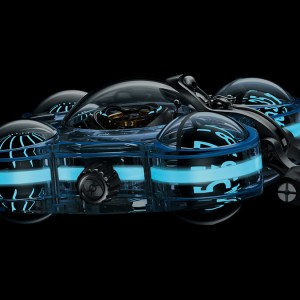 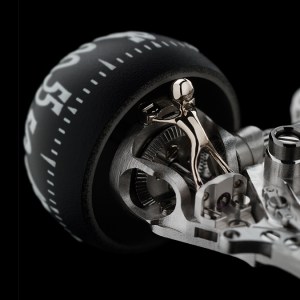 impressed fans this year with the Destination Moon clock, and a final edition of the Legacy Machine No.1 in steel, but this latest release trumps them all. The MB&F HM6 “Alien Nation” ($500,000) expands on the HM6-SV, whose upper- and lower-case halves were crafted of sapphire. Clocking in at roughly 510 hours of labor prior to assembly, the entire case of the Alien Nation is crafted from 12 blocks of clear sapphire—a difficult and finicky material with a propensity for cracking when subjected to the machining process.

The HM6 Alien Nation sports a healthy dose of luminous material. There’s a thick band of Ambient Glow Technology-powered luminous detail running around the beltline of the sapphire case in green, blue, purple, and turquoise, which adds to the UFO-esque personality of the already outlandish piece.

As a final out-of-this-world touch, MB&F contracted master engraver Olivier Kuhn of Atelier-Création Kuhn to sculpt six small white gold aliens to be fitted to the piece. The ship’s commander rests proud on the case between its digital time display pods, whereas the remaining five crew members have found homes on and around the complex mechanical movement of the HM6. At time of publishing we were informed that a private collector has acquired all four of the pieces offered in this new series.