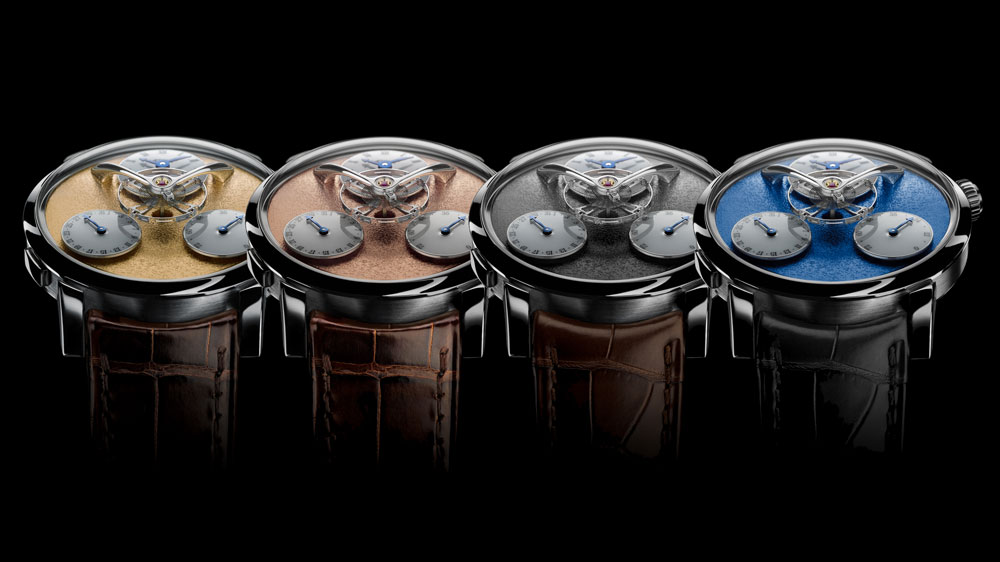 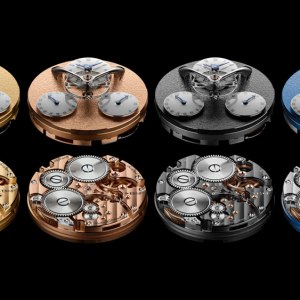 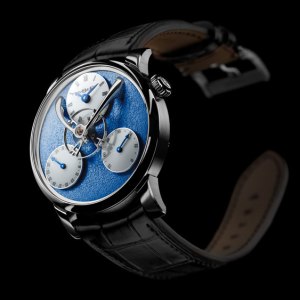 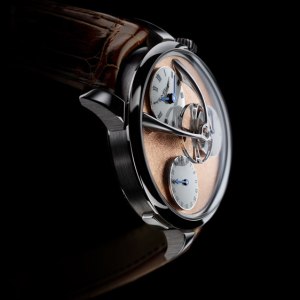 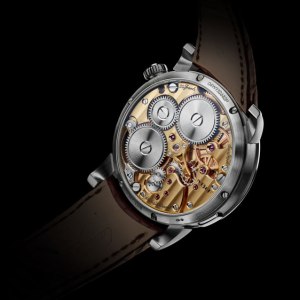 The MB&F LM Split Escapement ($79,000) is something special. Debuted in 2011, the Legacy Machine range has ebbed and flowed in complexity, but it has never deviated from its core characteristics: manual winding, traditional finishing, round case, huge domed crystal, and that wonderful 2.5 Hz balance suspended by a wishbone-shaped cock. While the Split Escapement is an ebb tide of complication in comparison to the last Legacy Machine (the Perpetual), something very special has been left on the shore for this iteration.

Those taking the time to study the Legacy Machine Perpetual beyond the riot of indicators and gears might have observed something unique in the Stephen McDonnell–designed movement. Unlike its predecessors, the Perpetual did not present its escapement on the dial side of the movement. Instead, the balance staff extended right through the movement, and the escapement was fixed to the back. The configuration was indeed unique in a wristwatch, and it was delightful to observe such an isolated action on either side of the watch.

With the LM Split Escapement, MB&F worked once again with McDonnell, this time to simplify and distill this concept into a still purer form. The balance staff extends a full 11.78 mm from the balance wheel to the impulse jewel, which receives its impulse from a lever and escape wheel on the back of the movement. But unlike the Perpetual, the hand-burnished dial of the Split Escapement has acres of space to place its timekeeping, date, and 72-hour power-reserve dials. The treatment of the dial reflects this space by applying the burnish brush to deliver “a wider, more diffuse frosted finish” than more commonly used in order “to accommodate the larger area.”

This is where the Split Escapement is a masterstroke. The watch is a juxtaposition of isolation and space. The components are isolated into categories: The regulation and timekeeping are placed on the front, and the power, transmission, and distribution are placed on the back. The unique layout of the movement, coupled with the vast space beneath its soaring sapphire firmament, allow for these isolated categories to occupy large areas of their own real estate. It’s the horological equivalent of a goldfish bowl combined with a Zen garden.

This idea of isolation and space extends to the entire ethos of MB&F: an “artistic concept laboratory” composed of independent artisans, designers, and visionaries; each element of the watch has its owner, and they are identified and celebrated with a refreshing transparency and openness that has become a lasting hallmark for the brand.

What’s the downside of the LM Split Escapement? You need to work hard to find one; perhaps it’s the large 44 mm diameter, which will prove too large for some when coupled with a 17.5 mm height. The LM101 is our recommendation for a slightly subtler diameter of 40 mm.

MB&F is producing four different dial colors of the Split Escapement: blue, ruthenium, red gold, and yellow gold, with 18 pieces for each.