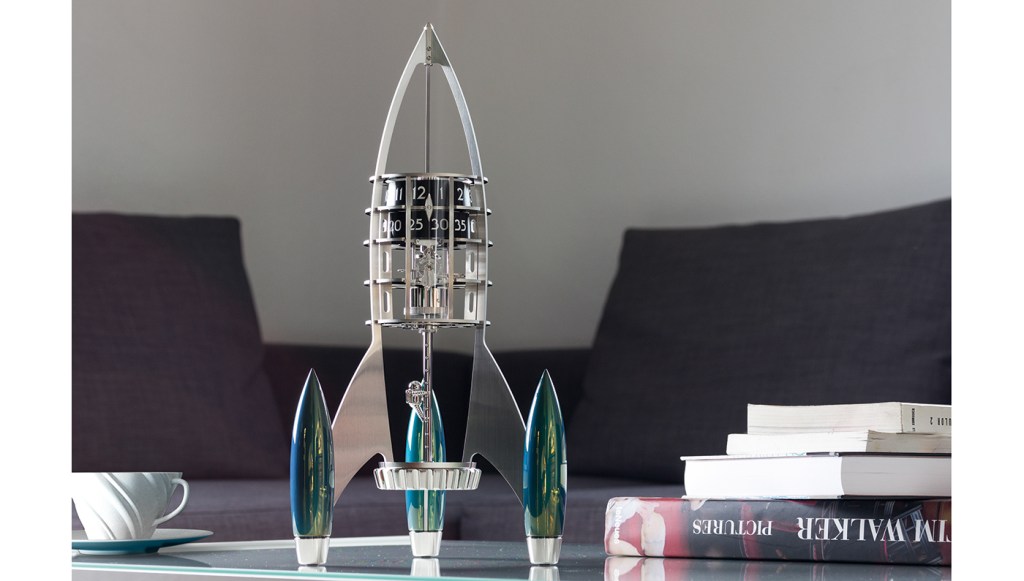 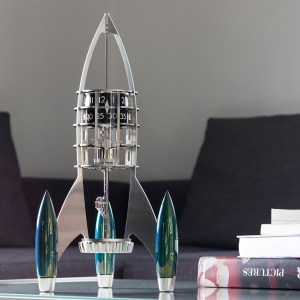 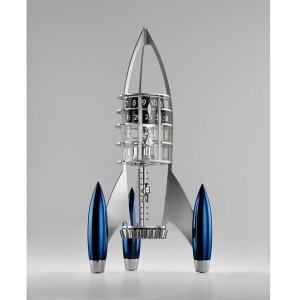 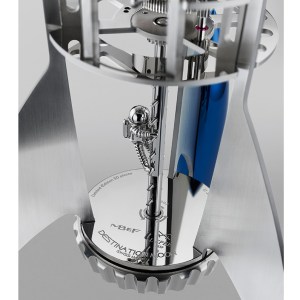 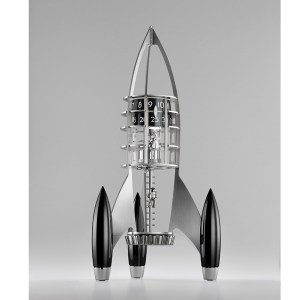 MB&F and L’Epée 1839 unveiled their latest creation, the Destination Moon table clock, in the halls of Baselworld earlier this week. Inspired by 1960s-era science fiction rockets, Max Büsser and the MB&F team once again turned to L’Epée to bring their vision to life, as they have with past collaborations like Balthazar and the Starfleet Machine. Powered by a single barrel with an eight-day power reserve, its movement uses a multi-stage vertical architecture to transfer power upward to a rotating digital display used to indicate both hours and minutes. Just above its massive crown, the Destination Moon’s faithful pilot (named Neil, as one would expect) is perched on a ladder as he prepares for takeoff. This is not the first time MB&F has included such a space man character in one of its creations. Most recently, its Astrograph pen—designed and built in partnership with Caran D’Ache—featured a similar figure who could be affixed to a small ladder on the pen’s body.

The Destination Moon will be offered in four variations distinguished by the different finishes applied to their thruster-like feet: Three of the models feature PVD coatings in blue, green, or black, while the fourth is finished in polished palladium. Each of the four variants will be limited to 50 examples worldwide and offered at a retail price of about $20,000. (mbandf.com)