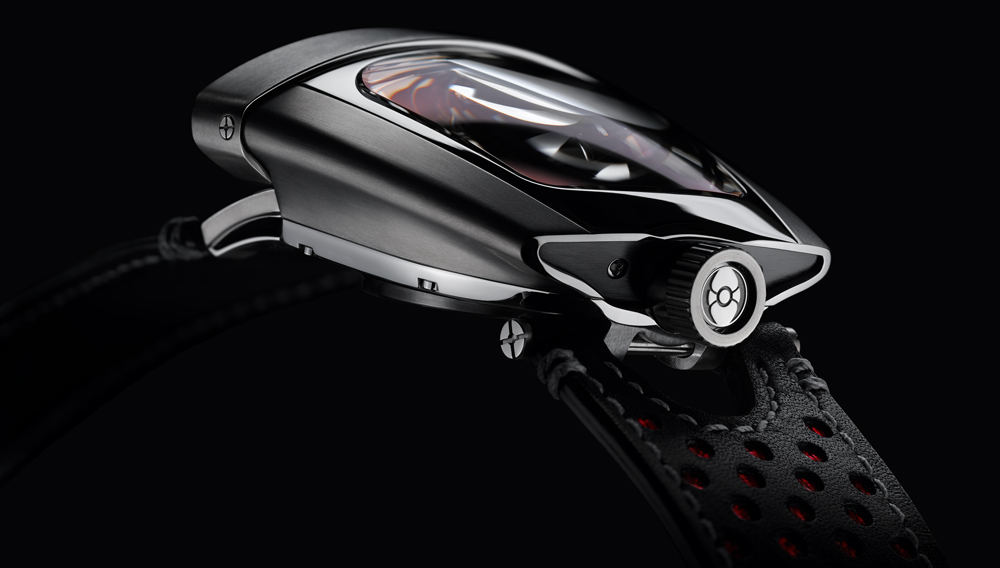 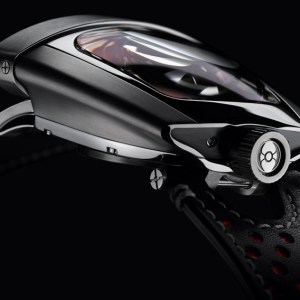 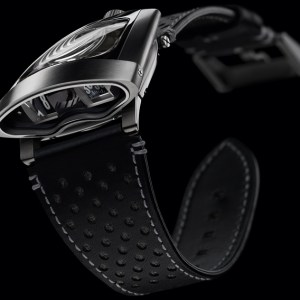 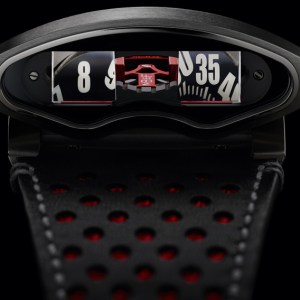 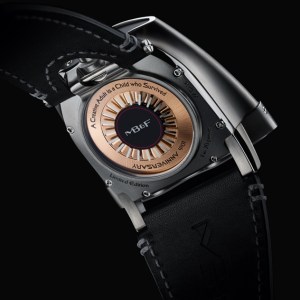 MB&F—one of the watch industry’s most unconventional manufacturers—is celebrating its 10-year anniversary with the automotive-inspired MB&F HMX, a timepiece that holds special meaning for the company’s founder Maximilian Büsser, who as a child dreamed of becoming a supercar designer. Like MB&F’s previous car-focused watch, the HM5, the new timepiece’s hour and minute displays are seen through the side of the watch’s case so the wearer can read the time while driving. Though observed from the side, the jumping hour and trailing minute disks are in fact vertically oriented inside the watch’s case. A mirror is used to reflect the image of the indices on the disks 90 degrees through two crystal prisms that magnify them for increased legibility.

Inspired by the engine of a car, two rocker covers equipped with oil filler caps are visible through the top of the case. These caps are not only decorative; they serve a functional purpose. When the watch is in need of lubrication, the caps can be unscrewed and oil can be directly applied to the disks below.

The lines of the stainless-steel and titanium case also take cues from the automotive world—especially the designs of the famed coachbuilder Carrozzeria Touring. A crystal on the back of the case reveals the timepiece’s automatic rotor, which is engraved with MB&F’s 10th-anniversary motto, “A creative adult is a child who survived,” a phrase that encapsulates Büsser’s approach to design quite succinctly.

The HMX is available in four colors taken from the world of auto racing: black, green, red, and blue. Only 20 examples of the $30,000 watch will be made in each color. (mbandf.com)